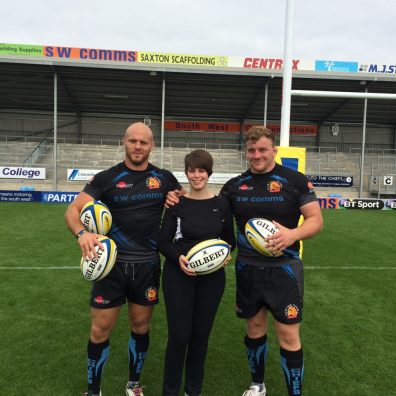 A Devon businesswoman has carried out 24 tasks in 24 hours to raise £2,000 for the Exeter Foundation.

Starting with swimming across the River Exe, and finishing 24 hours later with a sky dive, Ashley Petrons took on an array of tasks for the round the clock fundraiser in Exeter.

A training session with the Exeter Chiefs at Sandy Park, selling the Big Issue, serving breakfast at the Southgate Mercure Exeter Hotel, and a bake off with Little French Cakes at Intoto Kitchens were all successfully completed by 28-year-old Ashley, of PR and marketing firm Astley Media. 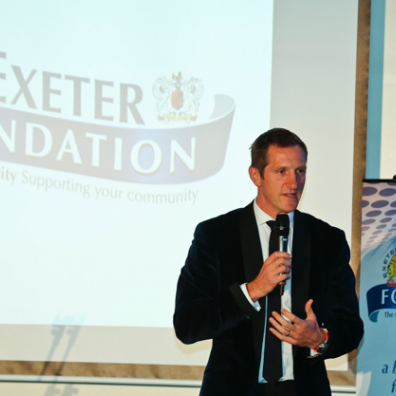 The new look Sandy Park was reopened in style following its £10 million refurbishment with an impressive gala dinner for over 600 people. 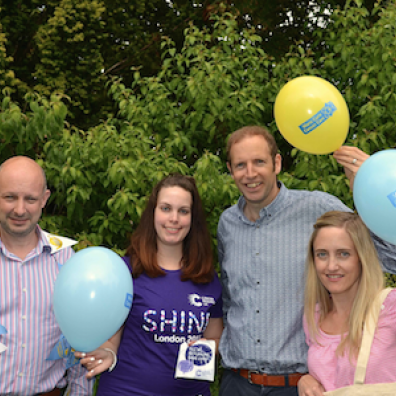 Devon businesswoman Ashley Petrons is just hours away from starting her effort to complete 24 feats in 24 hours and raise £1,000 for the Exeter Foundation.

Swimming in the River Exe, training with the Exeter Chiefs and serving behind the bar at the Southgate Mercure Exeter Hotel in Southernhay, are amongst challenges facing Ashley (pictured second left) of Exeter-based public relations and marketing firm Astley Media.

Three of the challenges will be picked from ideas suggested by followers of @Devon_Hour on Twitter, hosted by Ashley for an hour last week, and in doing so,... 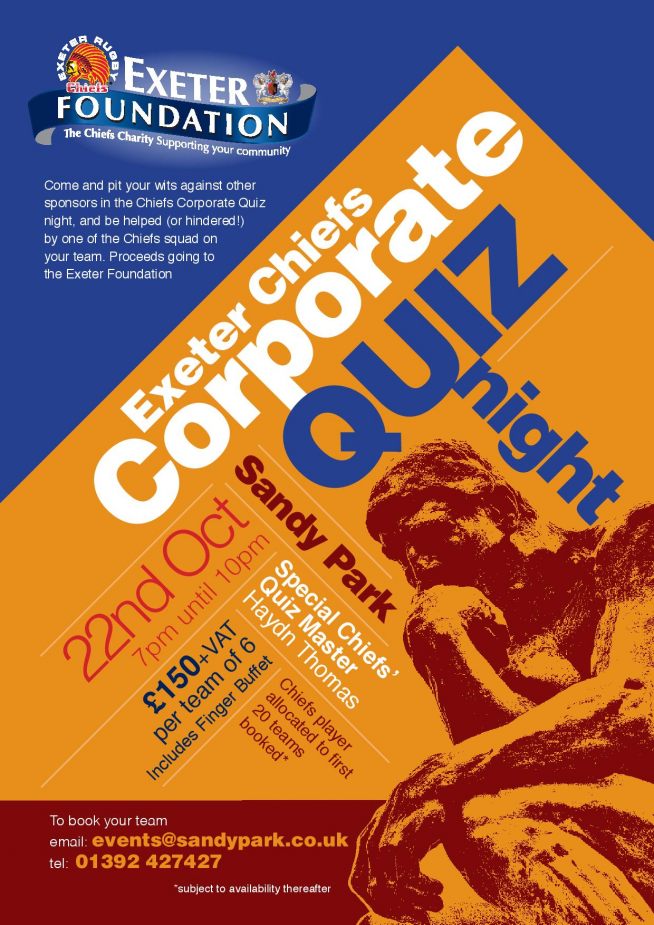 On October 22nd, Exeter Chiefs supporters will again have the opportunity to team up and pit their wits against each other in the popular Sandy Park Corporate Quiz night.

The quiz will be set and hosted by the Chiefs’ official Away-Day Quiz Master, Haydn Thomas and the first 20 teams to sign up will be joined by a member of the Exeter Chiefs squad.

Teams can have up to six members and the entry fee is £150 +VAT, which includes a finger buffet.

Proceeds of the Corporate Quiz evening will go to the Chiefs’ Charity, the Exeter Foundation. 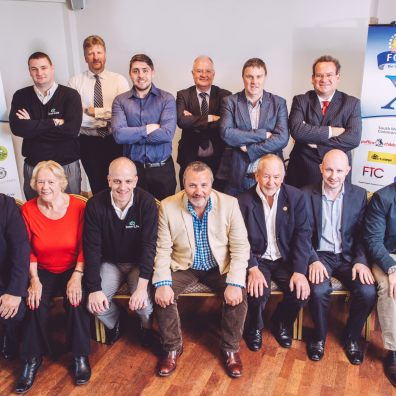 Fifteen prominent Exeter-based businesses have pledged to support the Exeter Foundation by motivating their staff to raise funds through various fundraising events and donating a minimum of £1500 each.

The ‘Foundation XV’ is a new initiative from the Exeter Foundation which will officially recognise and promote businesses which raise money for the organisation.

Keiron Northcott, Trustee of the Exeter Foundation said: “The Foundation XV is a way for us to formally acknowledge the fundraising efforts by local businesses and their staff that raise money for us. Even though the... 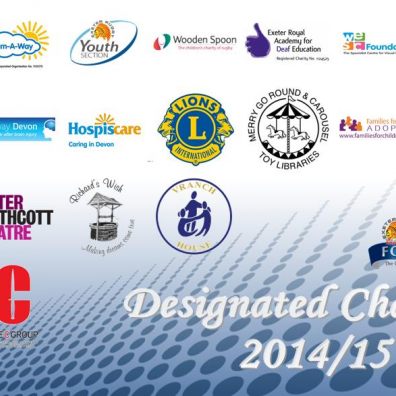 The organisations which raise money during Exeter Chiefs’ home games have been selected for the new rugby season.

This year, 19 organisations will have the chance to assist in the coordination and collection of the funds at Sandy Park. These funds are ring-fenced specifically for these organisations and are distributed at the end of the season at the Exeter Foundation annual presentation dinner.

The organisations and charities selected by the Exeter Foundation are all Exeter-based and range from Vranch House, an independent day school and clinical centre for children with...

The Exeter Foundation has announced it will be putting up £50,000 to fund local legacy projects.

Since it was launched in 2010, the Exeter Chiefs’ charity has donated more than £350,000 to a wide range of organisations.

Among the beneficiaries have been Hospiscare, Vranch House, Dream-A-Way, Age UK Exeter and the Exeter Royal Academy for Deaf Education.

Now, the trustees have joined forces with the Express & Echo to find a landmark charity project that will benefit generations to come.

Chairman of the Foundation, Tony Rowe, who is also CEO of the Exeter... 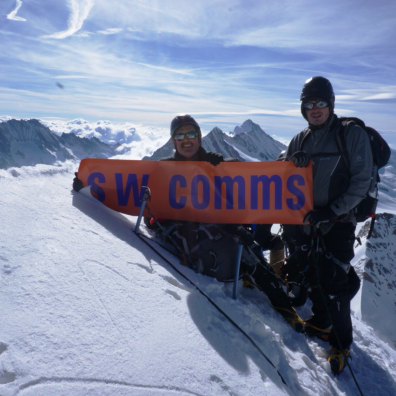 Brian was joined by his son Sam along with Greendale Farm Shop and Ladrum Bay Holiday Park owner Robin Carter and his daughter Joy for the expedition, which was originally destined for the top of Mont Blanc.

This plan had to be aborted when the mountain leaders deemed the conditions on Mont Blanc unsafe.

“After hours of climbing in the dark with head torches one morning, we hit a new crevasse and ice wall at around... 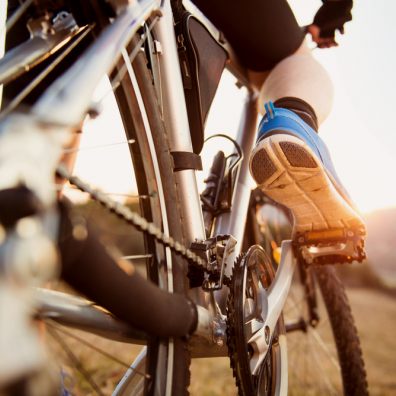 Exeter Youth Rugby are urging keen cyclists to take part in a four day cycle ride around the perimeter of Devon, which aims to raise money for the organisation and the Exeter Foundation.

Five teams of two cyclists are required for the race, entitled 'The Tomahawk tour', which begins on Wednesday 3 September.

Those who take part in the race, which covers some 300 miles, will help Exeter Youth Rugby's aim to raise £10,000 for the organisation and the Exeter Foundation, with all funds being split 50/50.

The Exeter Foundation will distribute all funds gained to local... 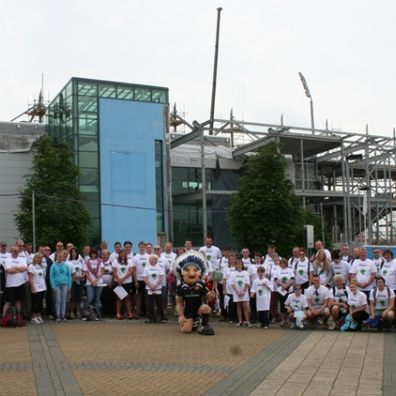 Over £2,000 has been added to the Exeter Foundation coffers following the highly successful Big Walk 2014 held at the weekend.

Helping to raise vital funds for theFoundation, which looks to support a minimum of 20 local charities and organisations, the 84 walkers proudly took up the challenge of working their way around the picturesque 10-mile course that started and finished at Sandy Park, home to the Exeter Chiefs rugby team.

Building on the success of previous years, once the walk was completed participants were then able to enjoy a well-earned first pint or soft drink,...