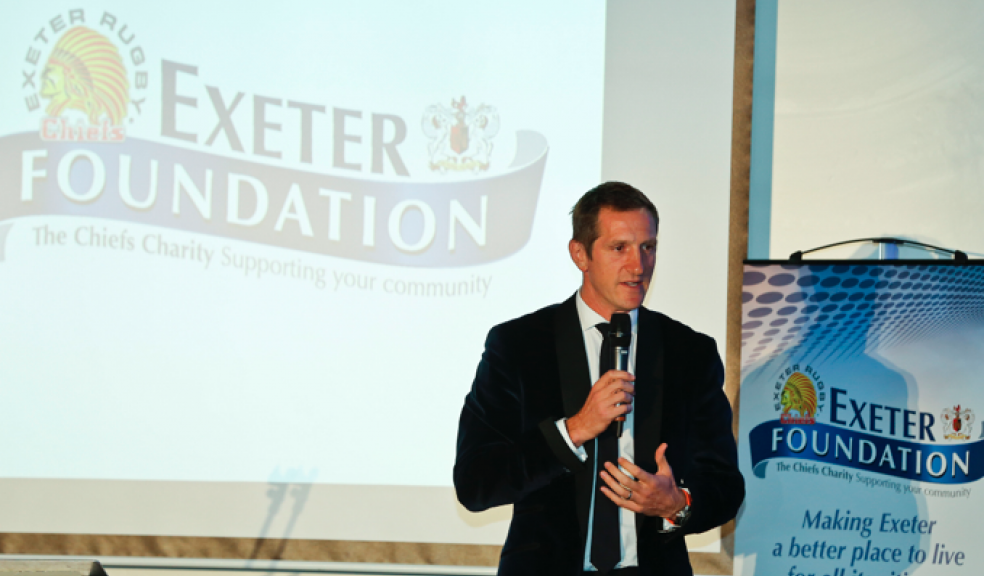 The new look Sandy Park was reopened in style following its £10 million refurbishment with an impressive gala dinner for over 600 people.

The 622 guests were also treated to a sumptuous three-course meal and other entertainment throughout the night.

The evening was also a celebration of the Exeter Chiefs’ Charity, the Exeter Foundation, with over £8,000 raised for the trust at the event.

Over £50,000 was presented to the organisations which raised money at Exeter Chiefs’ home games over the 2013/14 season.

It was also revealed that the WESC Foundation, The Specialist Centre for Visual Impairment, was the recipient of the first Exeter Foundation Legacy Project; a £50,000 grant fund aiming to match fund an organisation’s existing project fund to assist them with the achievement and completion of the project.

Talking about the evening, Conference and Events Manager Bev Gratton said: “It was amazing to see the room set up for the event and the venue being showcased.

“We’re looking forward to making the most of our updated facilities with a range of new and familiar events and for clients to be able to host bigger and better conferences and events.”

Sandy Park’s next event is Comedy at the Park, which takes place on Friday 10th October, and several more events have been planned for the upcoming months such as the Sandy Park Wedding Fair (October 19) and the b2b@SandyPark Business Exhibition on November 5th.

The next Sportsman’s Dinner is planned for February 26th, where Rugby World Cup winner turned pundit Ben Kay and former professional footballer and manager Jan Molby will entertain guests.  Tables bought before October 31st will benefit from a £50 discount, taking the price down to £500 for 10 guests.

For more information about Sandy Park or any of the events please contact 01392 427427 or email events@sandypark.co.uk