RGB Building Supplies is delighted to announce its involvement with the Exeter Chiefs’ Exeter Foundation by joining their commitment to support the local community as a Foundation XV member.

To do this, staff will be holding bucket collections at some Exeter Chiefs’ home games and the builders merchant has vowed to match the amount that is donated.

RGB will also be supporting other Exeter Foundation events, including RockSolid, an obstacle race for people of all abilities that has... 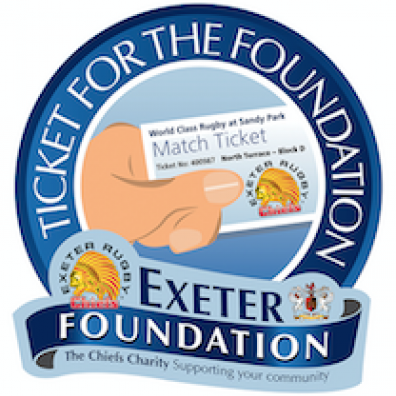 Donate a ticket for the Foundation

We know there are occasions where season ticket holders, Gold Card and 1905 members are unable to attend a match-day game at Sandy Park.

That means places are occasionally empty within the stands, so the Exeter Foundation – the club’s official charity – are appealing for you to donate a ticket to the Foundation.

All money raised from the re-sale of these tickets will be donated back into the Foundation and later distributed amongst... 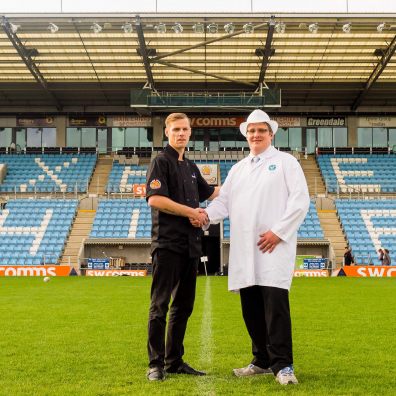 British Sausage Week is now well underway, inviting the nation to celebrate one of our favourite comfort foods.

Exeter-based Andrew James butchery has got stuck in to Sausage Week, turning bangers to bucks for charity with the Exeter Chiefs.

When the Exeter Chiefs take on the Leicester Tigers on 7 November at Sandy Park, 50p from every sausage eaten during the match will be donated to the Exeter Foundation.

Fans will be able to warm up with on of Andrew James’s premium sausages whilst enjoying the feel-good factor of supporting a local charity. 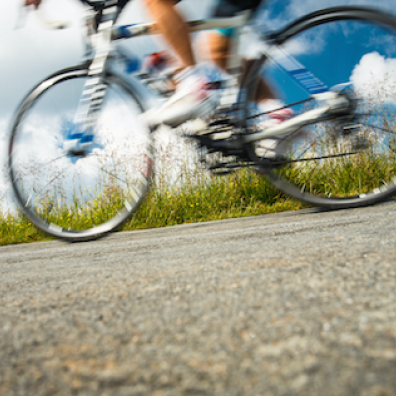 From Exeter to Bordeaux - on bikes!

A group of intrepid Exeter Chiefs supporters will be raising money for the Exeter Foundation by cycling from Exeter to Bordeaux.

The 485 mile route of the Exeter Rugby European Cycle Challenge will take 6 days to complete, beginning at the home of the Exeter Chiefs, Sandy Park on January 10th 2016 and finishing at the Stade Andre Moga to watch the Chiefs take on Bordeaux Bègles in the European Champions Cup.

Cyclists of all riding abilities are invited to join the European Cycle Challenge and will be fully supported by a coach and mini-buses that will provide food, hot... 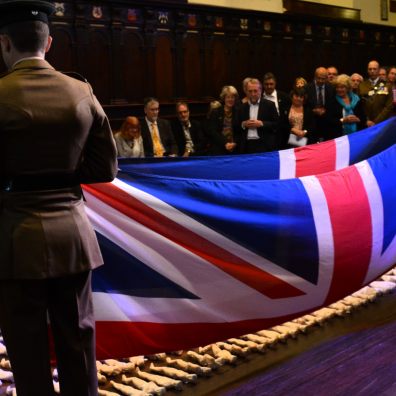 Exeter will be home to a major art installation called 'Shrouds of the Somme 19240' in July 2016.

One hundred years ago, 19240 British troops were killed in the first four hours of the Battle of the Somme. One the bloodiest battles in British military history, this tragic event will be commemorated at Northernhay Gardens with a display of 19240 figures to mark each one of the men who fell.

Artist Robert Heard is hand stitching the shrouds at the moment. The project has the support of the Royal British Legion and The Exeter Foundation, who are raising funds now for... 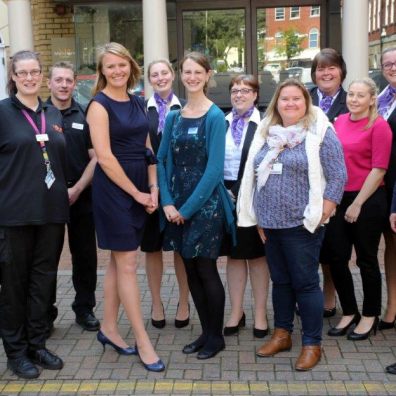 A popular Exeter hotel has donated television sets to a charity fundraising body, after undergoing a major refurbishment.

The Mercure Exeter Southgate underwent a £2.5m re-furbishment earlier this year. The hotel donated 20 television sets, which were previously in rooms, to the Exeter Foundation.

As a fundraising body, the Exeter Foundation offered the televisions to its member charities on a first come first served basis. The televisions were snapped up within 2 hours by a number of different charities. 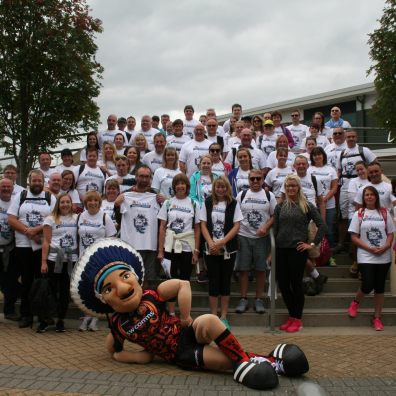 The Exeter Foundation’s annual Big Walk has raised over £2,000 for the charity.

On September 20th, nearly 100 participants walked 10 miles from Sandy Park, through Exeter’s Riverside Valley Park and back to the Rugby World Cup venue.

Building on the success of previous events, walkers enjoyed a Sandy Park pasty and drink on their return and the New Zealand v Argentina World Cup game was screened. 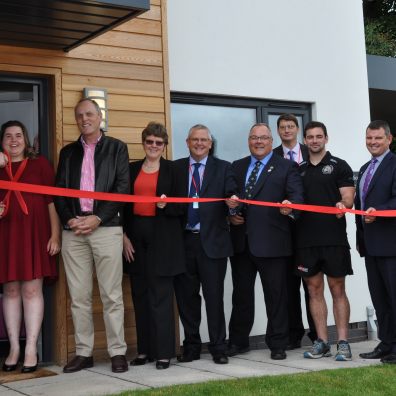 Trustees of the Exeter Foundation and Exeter Chiefs players have helped to officially open new purpose-built accommodation for students at the WESC Foundation.

Best feet forward for the Foundation

Dozens of walkers will be putting their best feet forward to raise money for the Exeter Foundation tomorrow (Sunday Sept 20).

Starting at Sandy Park, the 10-mile walk takes a circular route through the beautiful Exe Valley and back to Sandy Park, and they will round the day off with a drink and a famous Sandy Park pasty while watching Rugby World Cup pool match between New Zealand and Argentina. Registration begins at 1pm.

The main aim to the Exeter Foundation is to provide the City of Exeter and its surrounding areas (The Greater Exeter) with a ‘Civic Trust’ that will... 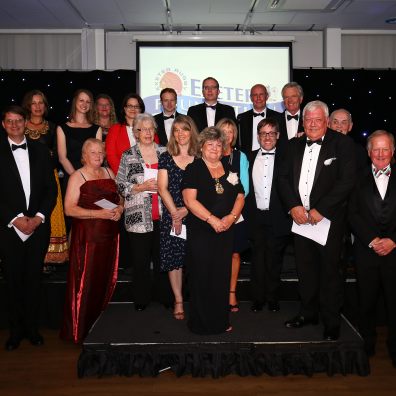 The success of the Exeter Foundation was highlighted in all its glory as 18 local charities and organisations were rewarded at Saturday night’s Season Launch Dinner held at Sandy Park.

A grand total of £47,000 – raised through various fundraising activities last season, including match-day bucket collections – was distributed to the charities and organisations following another hugely successful year for the charity by the Lord Mayor, Olwen Foggin.

Set up in 2011 by a number of Exeter-based businesssmen, the Foundation’s mission is to provide the city of Exeter and its...