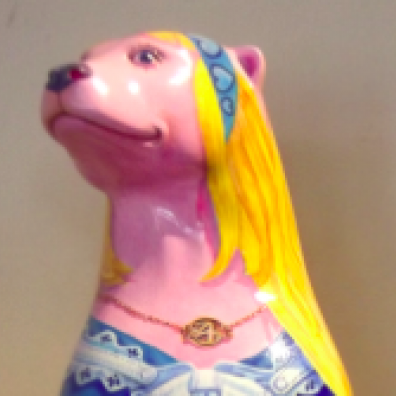 Artist Peter Poole has just completed a film, Otterly Alice, about his Moor Otters sculpture on display in Crediton Community Bookshop in Crediton.

The otter is one of many such sculptures on display throughout Devon, concentrating on the Dartmoor area, which will be auctioned in the autumn to raise funds for the National Trust.

The film shows how Otterly Alice was painted, then features Crediton Community Bookshop where she sits proud amongst publications featuring Alice in Wonderland and otters in the wild. 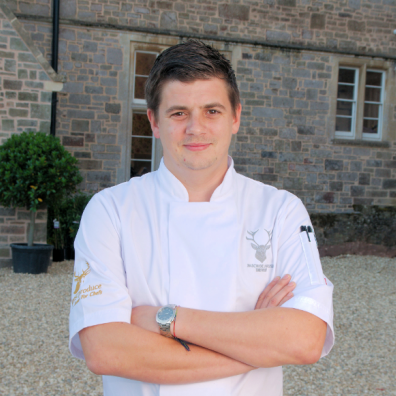 The stunning 10-bedroom manor house on the edge of Crediton throws open its doors to the public for the first time in its 800 year history this month.

And Tabitha Amador-Christie, Owner of Paschoe House, believes her new chef will play a vital role in the hotel’s success.

She says: ‘Alex has an excellent reputation. I am excited about his creativity in the kitchen and can’t wait to see what delights he and his team produce from our brand new kitchen at... 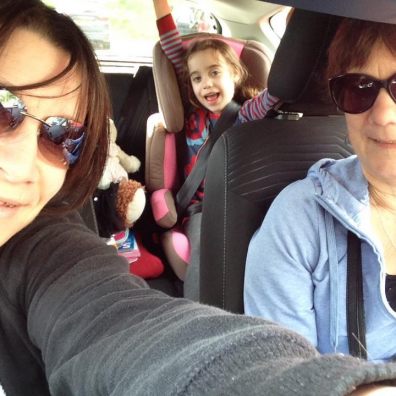 Supporters are coming from far and wide to take part in Hospiscare’s Breakfast Run at the picturesque Knightshayes near Tiverton on the 17th September.

Sarah Awbery and her daughter are travelling all the way from Bournemouth to take part and are currently busy training and raising sponsorship. They have a special reason for supporting local charity, Hospiscare.

Although it has been over six years since Sarah’s father, Ray Pett, was cared for by Hospiscare, her memories of visiting him on the ward at Searle House in Exeter are still fresh.

“The nurses were just... 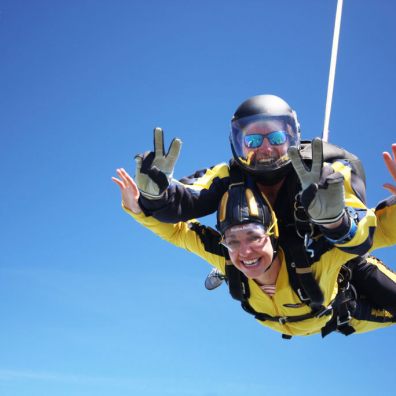 Crediton mum takes to the skies for charity

A woman from Crediton has raised a phenomenal £1122 by taking to the skies and jumping out of a plane at 15,000 feet to help support the British Heart Foundation’s (BHF) life saving research.

Gill Davies, 34, was inspired to do the jump for the love of her daughter Caitlin, who was sadly born with a serious, and at times life threatening heart condition.

“We didn’t know there was any problem with her heart, until a couple of hours after she was born. She became blue and lifeless and was rushed to the Special Care Baby Unit (SCBU). After a few hours, we were told that she... 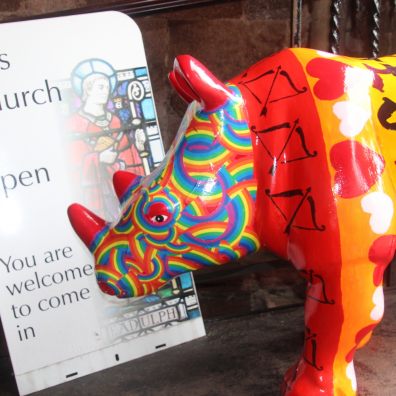 Rainbow Rhino has been kindly loaned by the Art department at Exeter School for the Flower Festival entitled 'What's the Point...'

See how the team of flower arrangers have interpreted the brief by visiting the Festival between Saturday 3rd and Thursday 8th June. 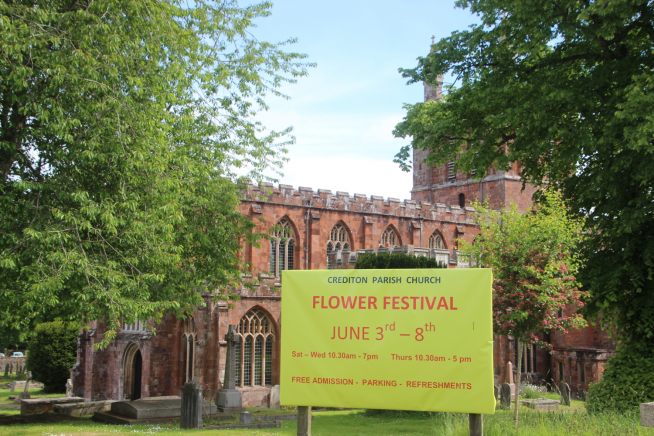 Why not stay behind after the Crediton Parish Church Flower Festival on Wednesday 7th June and enjoy the sounds of the Crediton Town Band all for FREE.

The Concert, Parking and admission to the Flower Festival are all FREE.

There are snacks, meals and refreshments throughout the day in the Boniface Centre, where there is also an exhibition and sale of work by the Newton St Cyres art group.

There is a bus stop by the church and Crediton Railway Station is close by. 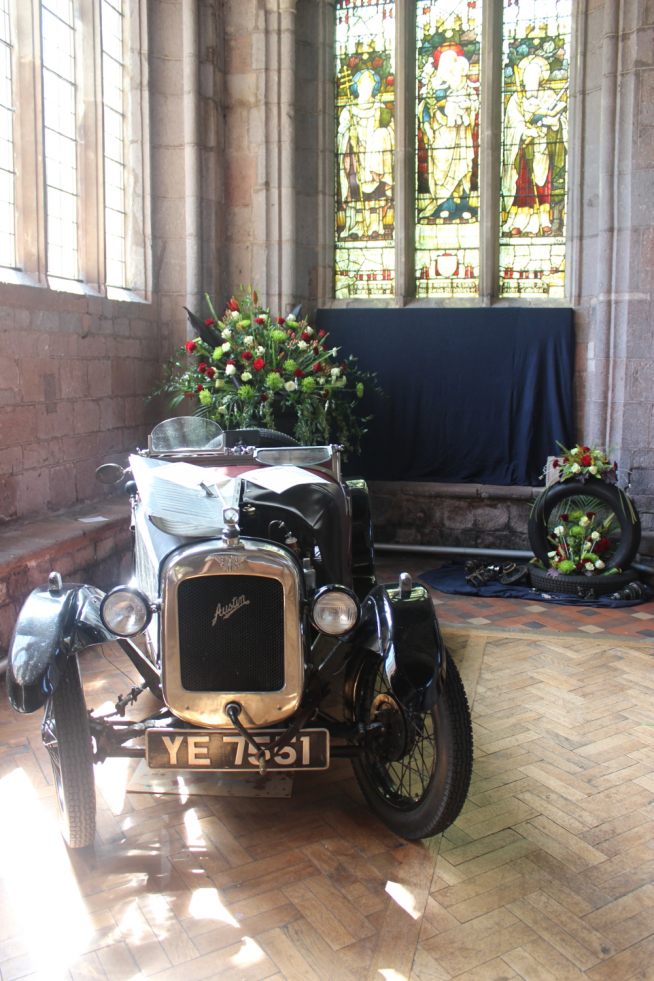 The Crediton Parish Church Flower Festival is one of the main fundraising events for the upkeep of Holy Cross and many people from our parishes work to make it a very special and memorable week.

This year’s festival has the intriguing title ‘What’s the Point…’ and runs from 10.30am on Saturday 3rd June until 5 pm on Thursday 8th June.

The title of last years’ Festival was ‘Outside the Box’, and a big talking point was a car in the church. This 1927 Austin was subsequently decorated... 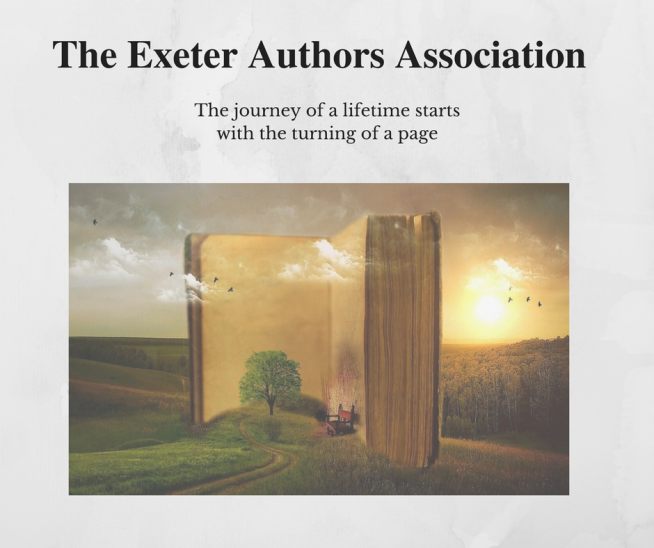 Exeter Authors Association is holding a book celebration as part of CredFest17 on 17th June from 2-5pm at Crediton Library.

This will be a highly interactive, free event to celebrate writing in Devon.

There is room for only 80 visitors in the venue, so please arrive early to avoid disappointment.

The Performances- There will be readings from books/ poems. Local published poets and authors will be reading in 10-minute slots. The authors and poets include some of the best south-west writing talents such as 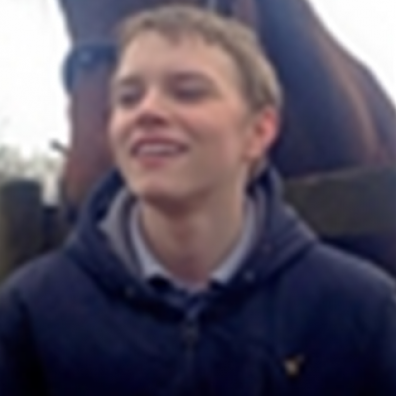 Devon and Cornwall Police are increasingly concerned for the welfare of Chorley Laxton, a 16 year old boy from the Salmonhutch area of Crediton, Devon.

Chorley has not been seen by his parents since late January, nor by authorities since mid-February 2017.

He is described as a white male, about 5’8” tall, of thin build with short, light brown hair.

It is thought that Chorley may be in the Southampton area.

If anybody has any information as to his whereabouts, they are asked to contact Devon and Cornwall Police on 101, quoting log 777 of 27/02/17 or PID... 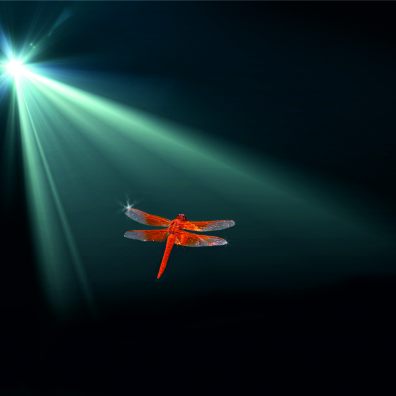 Red Dragonfly Productions, the team behind the critically acclaimed 'DiaoChan' and 'The Autumn of Han' are proud to present an evening of new writing from first time playwrights at Crediton Arts Centre on 10 February. Six months ago Red Dragonfly launched Taking Flight a competition aimed at finding three new short plays from writers within the British East Asian, South Asian, and South East Asian communities, and from the many entries the Red Dragonfly team chose three plays to be taken through to final production in a unique evening of theatre. The plays are: Ketchup - By Sammy Wong Her...