Exeter Chiefs side to face Racing 92

The stage is set, now is the time to deliver the prize-winning performance.

Ten years after elevating themselves into English Rugby's top tier with victory in Bristol, Rob Baxter's side will return to their neighbouring Westcountry city tomorrow for what arguably is the biggest game in the history of Exeter Rugby Club.

Months of graft, both on and off the field, will now come down to one fixture as the Chiefs tackle French rivals Racing 92 in the final of the Heineken Champions Cup.

It's a first-ever European final for the Devonians, who having overcome Glasgow...

Chiefs side to face Bath

Rob Baxter has spelt out to his Exeter Chiefs side that they will need to produce a 'season's best' display if they are to overcome rivals Bath Rugby in tomorrow's Gallagher Premiership semi-final at Sandy Park (4:30pm).

In a week where off-field matters have dominated the rugby headlines, now it's on-field matters that will take centre stage for the Chiefs and Bath, who themselves were only confirmed as the final play-off side on Wednesday morning.

Up until that point, Baxter and his players were having to play the waiting game whilst detailed discussions and further...

Exeter Chiefs side to face Toulouse

Exeter Chiefs Director of Rugby, Rob Baxter, has challenged his side to ‘make things happen’ ahead of their Heineken Champions Cup semi-final against Toulouse at Sandy Park tomorrow (3:30pm).

In what will be the Devon club’s first-ever semi-final at this level – against opposition they have never faced before – the stage is set for the Chiefs to break new ground and firmly underline their emergence as one of European Rugby’s rising club forces.

In a profitable campaign which started last November with a bonus point victory at La Rochelle and continued with success over...

Chiefs side to face Northampton Saints

Domestic matters will be put on the back burner for a week at least for Exeter Chiefs as they focus their attentions towards Sunday’s Heineken Champions Cup quarter-final at home to Northampton Saints (5:30pm).

Having produced a highly impressive return to action since restart – the Devonians have won six of their seven Gallagher Premiership fixtures – Director of Rugby, Rob Baxter, is now looking for his in-form side to maintain their quest for honours on the European stage.

Only once before have the Chiefs reached this stage of the competition, on that occasion they...

Chiefs side to face Gloucester

Rob Baxter insists his Exeter Chiefs side can ill afford to take their mind off matters in the Gallagher Premiership, even though a mouth-watering European Champions Cup quarter-final tie looms large on the horizon.

Having banged in five wins out of five since the top flight started last month, the quest to secure home advantage in the Premiership play-offs remains a key objective for Baxter's table toppers ahead of tomorrow's home clash with Gloucester (5:30pm). 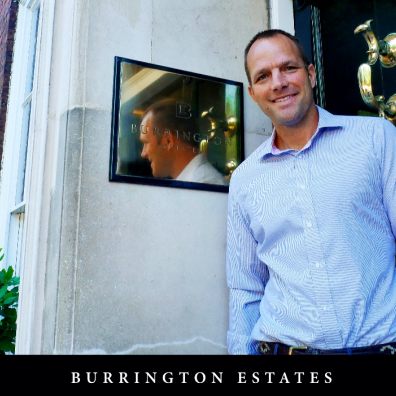 Following several years helping to drive the corporate sales team for Exeter Chiefs, Kai will take the helm of the commercial sales team at Burrington Estates, working with business partners to develop flexible, sustainable and productive working environments that meet their changing needs as the world of work evolves.

Chiefs side to face Bristol Bears

Whilst it may be seen as a step into the unknown for some, Rob Baxter says the challenge of getting his Exeter Chiefs squad primed and ready for midweek fixtures is something that is largely ‘exciting’ for him and his players.

Just four days after claiming maximum reward from their 32-22 win at Sale Sharks, the Chiefs travel to local rivals Bristol Bears tomorrow night for their Round 15 Gallagher Premiership encounter at Ashton Gate (7:45pm).

In what is the second of three fixtures in just over a week for the table-topping Chiefs, Baxter - like his coaching counterparts...

Chiefs side to face Sale Sharks

Having marked their return to Gallagher Premiership action with a maximum haul against Leicester Tigers, Exeter Chiefs are now bracing themselves for two testing away-day assignments, the first of which comes tomorrow night at Sale Sharks (6pm).

Rob Baxter’s side will travel to the AJ Bell Stadium for a fourth installment this season against the Sharks, who they also faced in the Heineken Champions Cup double-header back in December.

The seasonal head-to-head reads 2-1 in favour of the Chiefs, but this latest battle promises to be the best yet, particularly as the hosts...

Exeter Chiefs Women have today confirmed highly-rated Netherlands international, Linde van der Velden as the first of a number of new signings heading to Sandy Park ahead of the new season.

Van der Velden, 25, is Susie Appleby’s first new arrival and joins the Chiefs having previously played for Castricumbe in the Netherlands and, more recently, Toulouse in France.

The powerful back-row forward - who has represented her country at both 15s and 7s level - has spoken of her delight at joining the newly-formed Premier 15s club.

“I’m really excited about my move to... 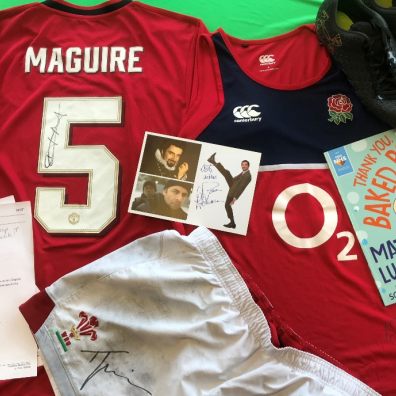 COVID 19 has had a devastating impact on charities revenues with mass event cancellations and charity shop closures. In a bid to weather the pandemic, local charity Exeter Leukaemia Fund (Elf) has been busy contacting celebrities and sports personalities with a plea for donations for their ‘Celebrity Lockdown Auction’.

Exeter Chiefs rugby stars are amongst the celebrities and sports donors with a selection of signed and worn league and national kit, from their homes. These items will feature alongside various other sport star donations including a signed shirt from footballer...