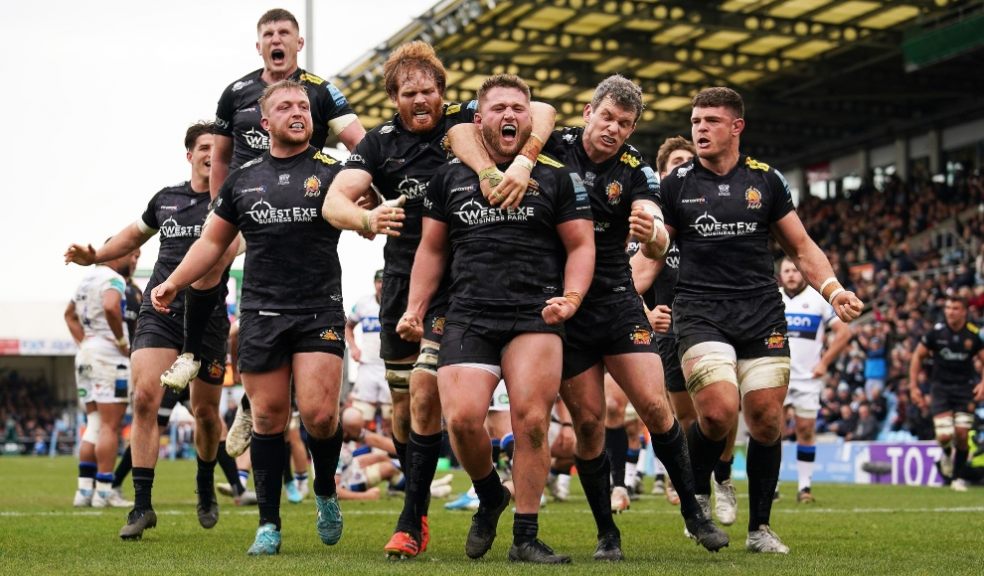 Bradfords Building Supplies has extended its partnership with the Exeter Chiefs for the 2022/2023 season, including its under-8s tag rugby festival.

As a Key Club Partner, Bradfords will continue its support of the Exeter Chiefs women’s team and its player sponsorship for Chiefs and England international, Henry Slade, as well as Chiefs forward and Dutch international, Linde Van Der Velden.

The Bradfords Community Cup – the major regional tag rugby festival for under-8s held at Sandy Park – continues to form an integral part of the agreement.

David Young, CEO of Bradfords Building Supplies, said: “Sport is a unifying influence in local communities and the Exeter Chiefs work hard to promote access to participation in rugby across different age and social groups. As a family business that’s passionate about supporting the communities we serve, partnering with a Club that does so much to encourage access to sport – including at a grassroots level – has been a natural fit.”

Paul Malloy, Head of Marketing at Bradfords, added: “The support we receive from the Exeter Chiefs players we sponsor when it comes to our own campaigns has been highly valued. For example, Henry Slade’s involvement in our recent Men’s Health Week campaign to encourage people to check in on their friends really helped to drive awareness of this important issue. For us, our involvement with the Exeter Chiefs has been a genuine partnership on many levels.”

Tony Rowe OBE, CEO and Chairman of Exeter Rugby Club, said: “We are delighted to have Bradfords Building Supplies as one of our key club partners moving into the 2022/23 season. This is a relationship that is now several years in the making and it continues to deliver for both parties, both on and off the field.

“Not only do Bradfords have a big visual input in terms of sponsorship with our successful Men’s and Women’s teams, but with sponsorship of two of our international stars, as well as investing heavily into our community links with the Bradfords Community Cup, which brings together rugby-loving youngsters from across the region, it really is a winning partnership that offers so much.”

Bradfords Building Supplies has more than 40 branches across the South West, including Exeter, serving the trades, home renovators and DIYers.