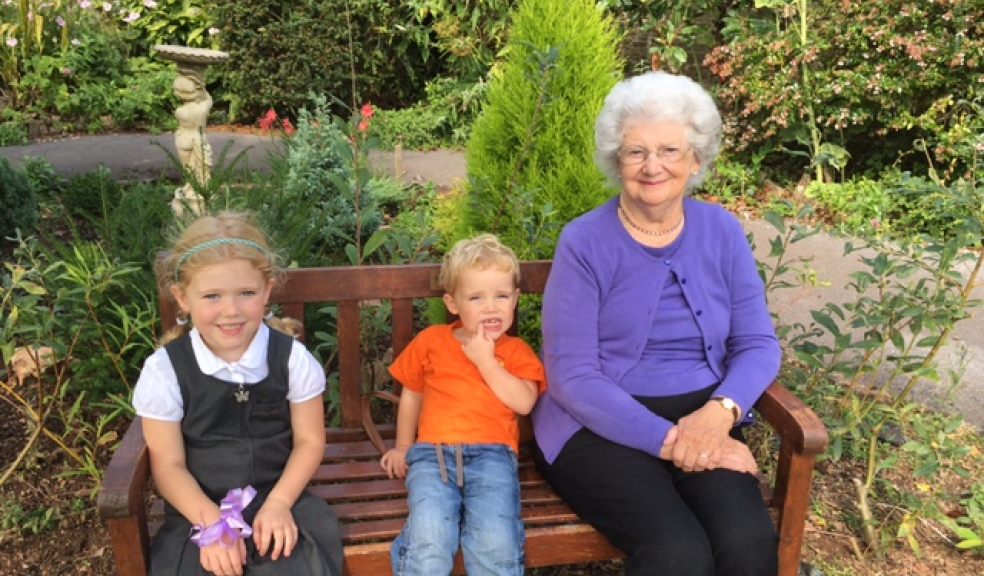 Thousands of people are being called on to unite against dementia by signing up for Alzheimer’s Society’s Exeter Memory Walk.

61-year-old Andrea Rodgers from Torquay, whose mum has dementia, is urging people to register for the event to help the charity raise money for research and services.

Andrea’s mum, Jean, was diagnosed with dementia five years ago. The family has been through ups and downs, and has recently had a stressful time trying to arrange alternative accommodation for their mum following the closure of her care home.

Having settled their mum into her new home, Andrea and her younger sister, Christa, felt inspired to sign up to Exeter’s Memory Walk. They are asking for supporters to unite and sign up to join them by going to memorywalk.org.uk.

Andrea said: “We began to notice that mum’s memory wasn’t as good as it used to be. She was living in sheltered accommodation at the time and would say that she’d been out but couldn’t remember how to get home. She was very independent, and used to walk to the shops and the bank. But often when she got to the bank she couldn’t remember her pin number.

“What prompted us to confront the issue was when she went to buy a 90th birthday card. She went into the card shop, bought a card and then went into the greengrocers. She then thought to herself ‘I need to buy a card’ and returned to the shop, only to be delicately told by the staff she had already purchased one. It was then that she became aware that something was wrong.

“As a family we weren’t prepared for the diagnosis; it felt like a bereavement. But we get strength from one another. It’s comforting for us to know mum is happy and well looked after.

“You never know if you’re going to find yourselves in the same situation. Because it’s such a devastating disease we need everyone to come together to fundraise. We have to fight the battle together.”

More than 500 supporters have already registered to take part in the Exeter Memory Walk, which will take place on Sunday 3 September 2017.

Anne Rollings, Alzheimer’s Society Operations Manager for Devon, Cornwall and the Isles of Scilly said: “Dementia is set to be the 21st century’s biggest killer. We are calling on family, friends – and furry four-legged supporters – to unite against dementia this autumn. Dementia devastates lives. Walk with us at Memory Walk and dementia won’t win.