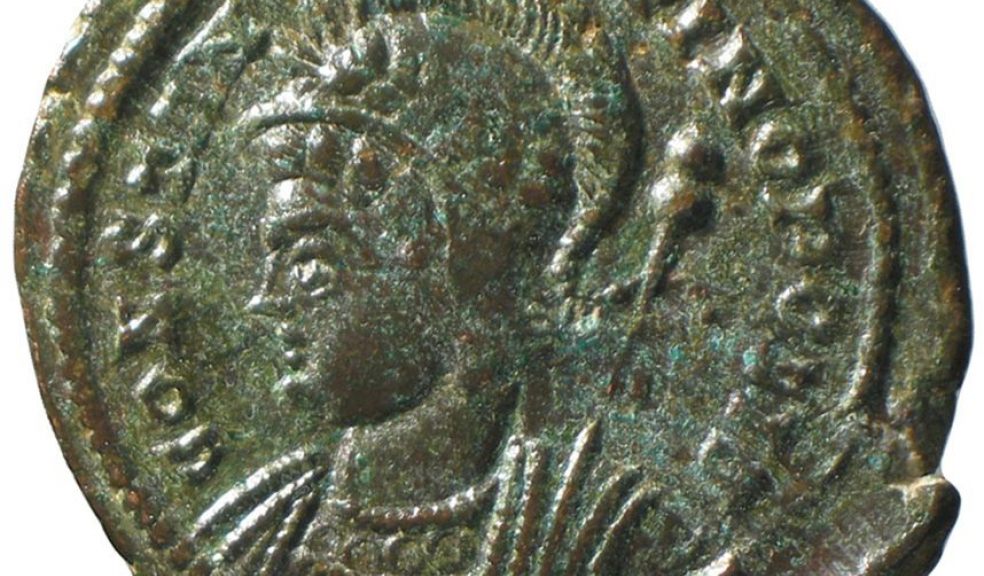 The Seaton Down Roman coin hoard will stay in Devon thanks to a number of donations and grants.

The hoard has been purchased by Exeter’s RAM Museum for £50,000, allowing it to be kept together and displayed for the benefit of the people of Devon and Exeter and for Hoardfuture generations.

The purchase and conservation of the hoard of coins was made possible by contributions from Devon County Council, the Heritage Lottery Fund, Clinton Devon Estates, a private donation by Patrick Long,  and members of the public.

Bill Horner, the county archaeologist, said: “We are really pleased that this amazing find will stay in Devon where it will be available for research and for public enjoyment.

“We are also happy to have supported the RAM Museum’s successful Lottery bid, which will see community involvement in the study of the coins, travelling displays and the creation of innovative educational resources based on the hoard.”

Laurence Egerton, a metal detectorist authorised to work on Clinton Devon land, immediately notified the Portable Antiquities Scheme and the County Archaeologist Bill Horner who promptly arranged for an archaeological excavation of the bulk of the find. Laurence slept nearby in his car for three nights for fear a rogue treasure hunter would intervene before the dig was over.

The coins – ranging in date from late AD 260 to around AD 348, but mostly of the 330s/340s – were conserved and studied at the British Museum, which confirmed them to be ‘one of the largest hoards of this date ever found within the whole Roman Empire’.

They are certainly the largest Roman coin hoard ever found in Devon. As cataloguing progressed, one coin – a nummus struck at Lyon in AD 332 for Constantine the Great – marked the one millionth find of the Portable Antiquities Scheme. ‘You know what it’s like’, said Neil MacGregor, then Director of the British Museum, ‘you sit waiting for the millionth object and 22,000 come along at once.’

The coins were buried, probably by a private individual or soldier for safe-keeping. They provide a fascinating glimpse into the world of 4th-century Roman Britain. Work has begun to stabilise the coins, which will help us unveil the rich story of Roman East Devon and its place in the Economic history of late Roman Britain. Each coin will need to be checked and a selection of coins conserved to reveal precise details of their date, type and place of mint.

A few of the coins will be on display at the RAMM while conservation work continues on the main collection.

A new display will be created for the entire hoard in 2017 and a Roman Weekend on 2nd to 3rd April will focus on the hoard and include family activities. As well as ongoing conservation work and the RAMM Display, the Lottery funding will enable travelling displays in East Devon, community involvement in the study of the coins and for innovative educational resources to be built around the hoard.