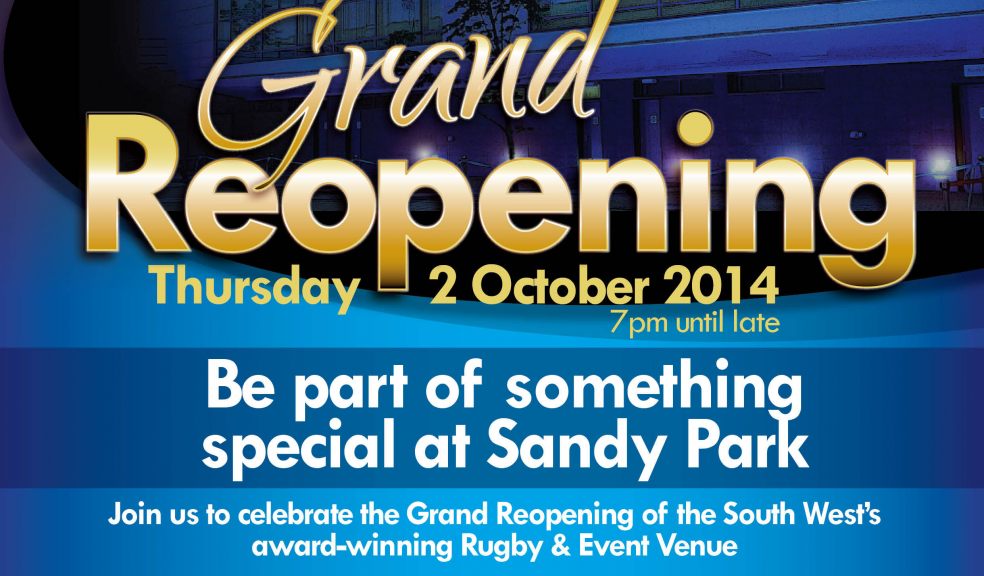 Be part of something special at Sandy Park!

With Sandy Park currently undergoing a multi-million pound redevelopment, the award-winning Rugby & Event venue promises to be the crown jewel within the Westcountry when it comes to offering Premier Sport and Conferencing needs.

In what promises to be a night of fun-filled entertainment, former Harlequins and Leicester Tigers star Greenwood will be joined on stage by former Somerset, Derbyshire and Leicestershire cricketer Peter Bowler, as well as highly-rated comedian Bob Webb.

As well as showcasing the fantastic new facilities on offer at the new-look Sandy Park, the evening also has a serious side to it with the night helping to raise vital funds for the Exeter Foundation.

The Foundation was set up in 2010 by some of Exeter’s top names in business and sport who joined together to use their expertise to raise money for charities and to support key projects across the region.

It’s aim was simple to provide the City of Exeter and its surrounding areas with a ‘Civic Trust’ to grasp responsibility for the advancement of Greater Exeter, and to pursue the vision of people who live, work and run businesses within the local community.

The evening certainly promises to be a night to remember and will include the official launch of the Foundation XV, as well as cheque presentations to all of the local charities and organisations that form the make-up of this very worthwhile cause.

Tables for the event are priced at £600 and include a three-course gourmet meal. Already these are selling fast, so anyone interested in booking their place are asked to sign up quickly through the Sandy Park Events team on 01392 427 427 or by emailing events@sandypark.co.uk

Members of the Foundation can book a table for a reduced rate of £550.