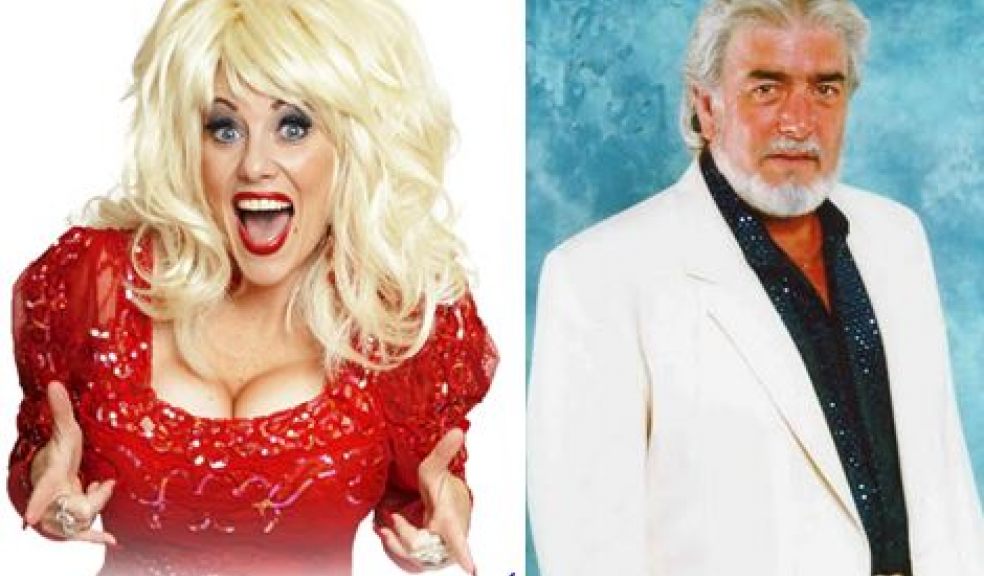 COUNTRY music fans will be in for a treat when award-winning tribute acts to Dolly Parton and Kenny Rogers perform in Tiverton.

Kelly O’Brien and Peter White, both winners at the National Tribute Awards in 2013, are bringing The Dolly and Kenny Show to Tiverton Golf Club on Saturday 14 May.

Tickets cost £12 and are now on sale to the public from the club bar.

The event will coincide with The Queen’s 90th Birthday Celebration at Windsor Castle from 12 to 15 May.

Kelly is an Australian-born singer, dancer, comedienne, actress and writer who has been entertaining professionally for over 20 years.

She won the prestigious Sydney Talent Quest in 2000, as a Dolly Parton impersonator, and has travelled the world performing her tribute show ever since.

She has sung at the Singapore Grand Prix, Australia Country Music Festival, Monte Carlo Casino and even for Michael Buble, and in 2014 was used as a Dolly Parton lookalike in a TV campaign for Glastonbury Festival.

Kelly started singing country at the age of 14 and two years later was crowned South Australian Country Vocalist of the Year and Best New Talent at the Gympie Music Muster festival, securing her first recording contract.

She appeared on talent show New Faces and other TV programmes, including Home and Away, before gaining her big break when she made it to the final 12 in the second series of Popstars in Australia.

She has worked with artists such as Diana Vickers from X Factor and Antony Costa of former boyband Blue, played a lead role in Andrew Lloyd Webber’s hit musical Starlight Express in Germany, lists The Hunchback of Notre Dame and Cabaret among her other theatre credits and has appeared in TV commercials for How to Look Good Naked, Coca Cola and Green Flag.

Kelly and Peter, who are regarded as the best Dolly Parton and Kenny Rogers tribute acts in Europe, have performed a number of joint shows and have both met their respective idols.

Peter has enjoyed success across the UK and in Spain, Portugal and St Lucia, among other places, and his many TV credits include appearances on Stars in their Eyes, Casualty, Doctors and Dalziel and Pascoe.

Tiverton Golf Club has hosted a number of sell-out tribute shows in recent years, including to Elvis Presley, The Beatles, Take That and The Everly Brothers as well as double-headers for ABBA and Queen.

For The Dolly and Kenny Show, doors open at 7pm and American-style food will be available until 9.30pm.