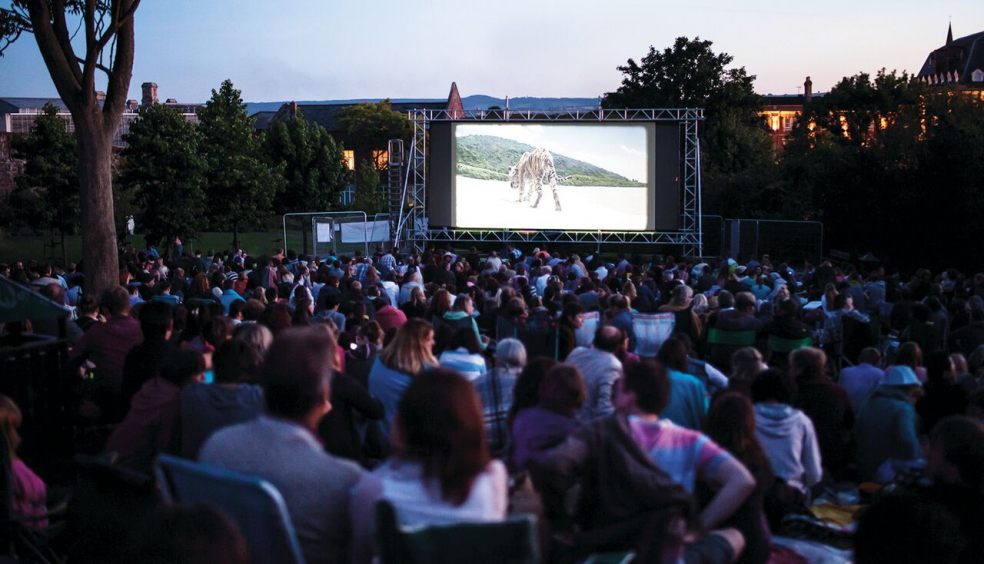 Roll up, roll up! Big Screen In The Park is coming to town for seven nights of outdoor cinema this summer.

Visitors to the annual event can expect al fresco films, bars, picnics and on-site entertainment. This is a unique opportunity to experience the magic of the movies on a huge 10m screen, with the illuminated Cathedral city as a stunning backdrop.

This haunting and darkly sweet fairytale marks the first of many Johnny Depp and Tim Burton collaborations and is as magical today as it was first time around.

Celebrating 30 years since its release, Cinema Paradiso is a nostalgic love letter to the magic of cinema. Winner of the Academy Award for best foreign film, this Italian classic is an absolute must-see.

Voiced by an impressive cast, Wes Anderson's Isle Of Dogs is a unique irreverent animation for the whole family.

With seven Oscar nominations to its name, Martin McDonagh's third feature deftly balances black comedy and searing drama. Full of extraordinary performances, authenticity and wit, it's no wonder this film made such an impact on the big screen this year.

Presenting a bold twist in the Marvel universe Black Panther is a dazzling standalone masterpiece oozing with style and substance.

Unleash your guilty pleasures and sing-along to this magical musical inspired by the colourful life of P. T Barnum. With dazzling performances and show stopping scenes Hugh Jackman leads an all-star cast in this infectious musical.

Tickets cost £6 in advance or £7 on the gate and can be purchased from www.bigscreeninthepark.co.uk or by calling Exeter Phoenix’s box office on 01392 667080.

Gates and bars will open from 7pm with films starting around 9pm.

Big Screen In The Park is supported by Princesshay Exeter, Exeter BID and St Austell Brewery.