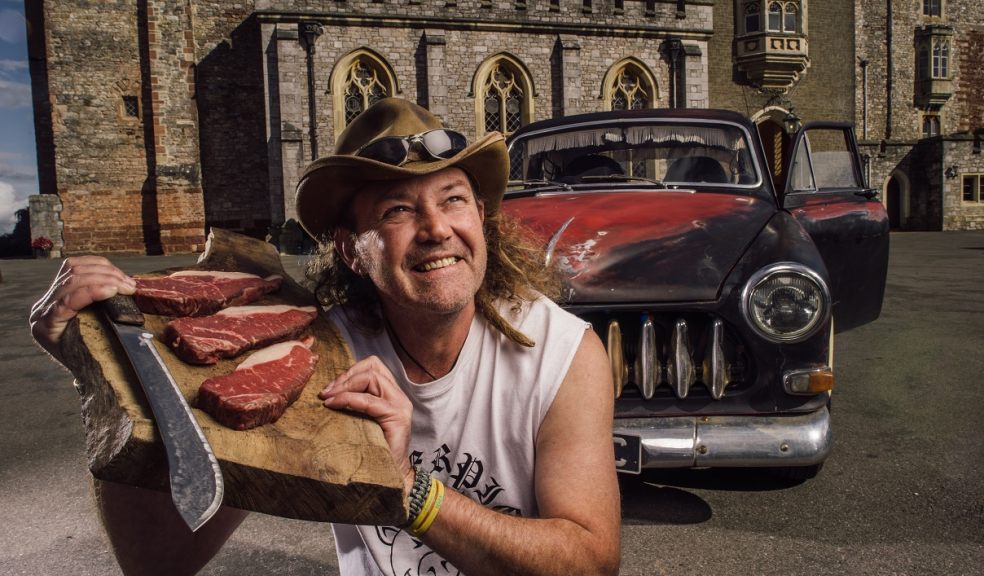 Building on the growing success of Powderham Food Festival, which first launched in 2012 and draws food-lovers from across the region, this year’s event promises to be even bigger and better than ever. The popular date in Devon’s culinary calendar has doubled its appeal for 2015, as it is due to take place over two days from 3rd to 4th October – perfect timing as it marks the end of British Food Fortnight.

Back by popular demand comes Powderham Food Festival’s dramatic Theatre of Fire 'n Smoke, where some of Britain’s best BBQ cooks will be demonstrating their cooking skills over fire pits, BBQs and smokers. Set under the big brown tipi, watch out for Simon Dyer, winner of ITV’s BBQ Champ, Marcus Bawdon – King of Meatopia (2013) and a finalist in Devon Cook of the Year – and the amazing John Gower from Quietwaters Farm, using fish from the Exe Estuary, venison from Powderham's own deer park, finest locally produced meats and, yes, vegetables too. Ever heard of a fish boil? Discover its magic with Toby Ingham from Lympstone-based Flippin’ Fresh Seafood with his sizzling lobsters. This is BBQ food at its tastiest – available to buy and enjoy too.

Foodies will also be able to sample the many delectable delights from over 100 of the South West’s finest food producers, from Kenton’s Humble Eggs – a pretty duck egg blue shepherd’s hut from which is produced all sorts of eggy favourites – to true artisan food producers Good Game, whose mission to make the best-tasting game and cured meat in the world is right on track. Keen cooks will also be able to learn some top cheffy tricks, and all in the magical surroundings of the 600-year-old Powderham Castle set beside the picturesque Exe Estuary.

For those keen to polish up their cooking skills, visitors can watch the action on not one but five demonstration stages. The main stage will be hosted by new foodie enterprise, Exeter Cookery School. Soon to set up on Exeter’s historic Quayside, Masterchef semi-finalist and founder Jim Fisher will take Powderham Food Festival attendees on a journey of fantastic flavours and offer tips and tricks on how to wow friends and family.

As well as performing his own inimitable style of cooking, Jim will welcome to the stage consultant chefs Richard Hunt and Peter Gorton. With a combined cheffing experience of over 60 years, Peter and Richard will be taking the Food Festival audience through a range of cooking knowhow and demonstrating some tempting recipes.

As well as the return of the Theatre of Fire and Smoke and the popular Field Kitchen courtesy of the Royal Marines, you can take a step back in time to learn all about 19th Century cooking in the Victorian Kitchen. Not forgetting the next generation of food aficionados, food technology teacher extraordinaire, Joe Mann from Fun Kitchen, will be inviting children to get messy and cook up a storm in the children’s marquee.