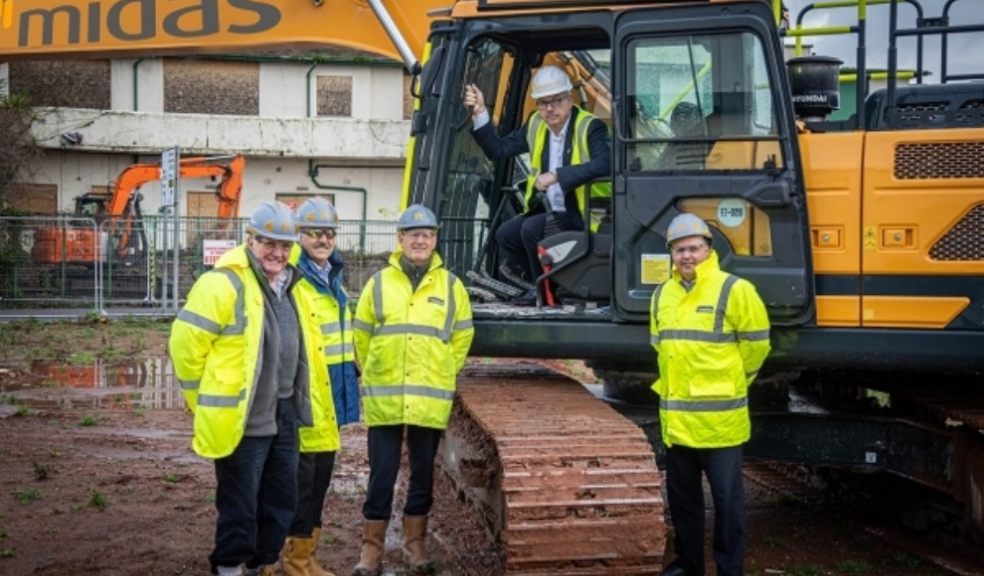 Business leaders in Devon have been reacting to the news that one of the UK’s biggest privately owned construction companies has gone out of business – affecting a number of public sector projects in the county.

Midas Group Limited has offices across south west England and Wales including in Exeter in Newton Abbot.

A contract with Torbay Council to build an £11 million Premier Inn is now threatened but the council said it will work with stakeholders to make sure it is delivered.

Over 300 people are expected to lose their jobs with the closure of Midas Construction, although its housing division Mi-Space has been acquired by commercial decorating firm Bell Group, saving 46 jobs.

Midas had a turnover of almost £300 million last year, with many smaller firms around Devon being subcontractors and suppliers for the group.

CEO of Devon and Plymouth Chamber of Commerce Stuart Elford said it is very sad news.

“The Midas group, Midas construction and Mi-Space, are large companies that have been around in this region for a long time and been a staple part of the economy,” he said.

“It’s very sad also that over 300 redundancies have been announced, although the positive news for those poor people who’ve been made redundant is that the jobs market is incredibly buoyant and there are massive shortages in the construction industry.

“So I’m confident that with the support of the local authorities and chambers of commerce, they will find other employment.”

But Mr Elford explained that many small companies in Devon would also be hit by the closure.

He said: “One of the major concerns will be about the supply chain because this will have a knock on effect, especially to small businesses that were supplying products or contracts into Midas.

“And so the knock on effects of this could go on for some time.”

The company recently posted a loss of over £2 million for its last financial year, blaming its troubles on the pandemic, ongoing shortages of materials and labour, and a significant rise in costs because of inflation.

Mr Elford said there were many factors which led to the company’s collapse.

“It’s not really a shock in some ways that Midas is going under in that we’ve seen huge price rises.

“The effect of Brexit and the pandemic have caused the price of raw materials, of construction materials, to go through the roof. And so where large contracts may have been taken on on a fixed price basis, they just couldn’t be delivered for the sort of price that may have been quoted.

“I’m not saying that’s definitely what’s happened here, but you can see how supply chain difficulties, costs of materials for buildings and labour shortages – increased prices across the range – will, of course, have a dramatic effect, and sadly, I suspect it won’t be the last we’ll see.

Mr Elford explained that large sections of the construction industry have reported significant increases in costs.

“And this is a sector, a business, that has been struggling with the effects of the pandemic; unable to operate fully, staff shortages, shortage of raw materials and so forth, exacerbated by the Brexit situation where again, more staff who were perhaps EU citizens have returned home and raw materials have been difficult to get hold of,” he said.

“So sadly, this has been a bit of a perfect storm.

“Businesses that have borrowed to survive the pandemic are now having to pay that borrowing back. And if there are cash flow shortages, that will mean they don’t have the reserves to survive.

“So I unfortunately think we will see further firms going under.”

However, Mr Elford said that workers who had lost their jobs because of the closure of Midas should not lose hope.

“You know, I really feel for those people who’ve been made redundant and they must be concerned, of course.

“But my message to them is there are loads and loads of companies recruiting, who’re doing well, who are desperate for good talent.

“So don’t lose heart. You will be employed because business is desperate for good people.”