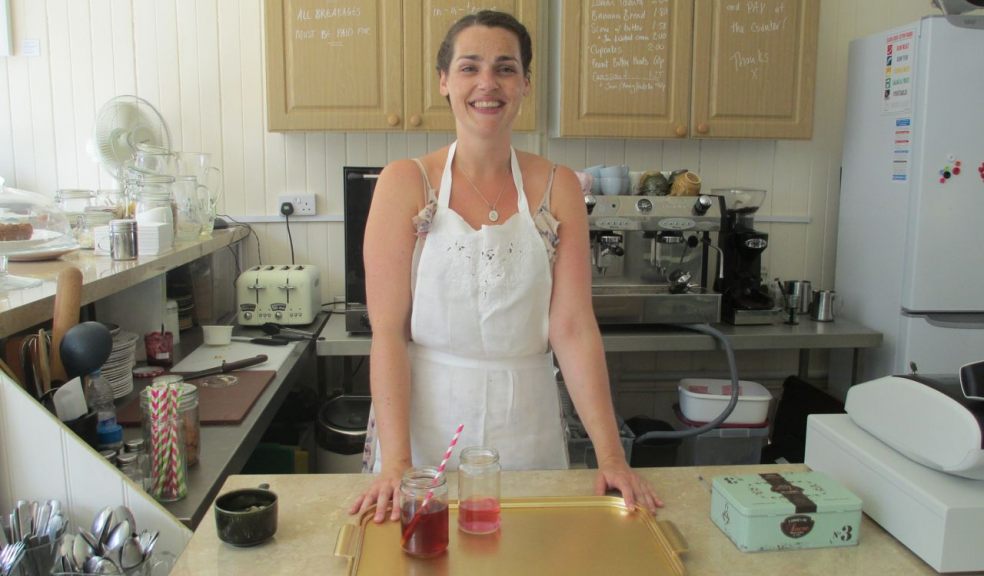 Starbucks and Costas are now ten a penny across The UK, and globally. Luckily for Exeter residents and visitors a new tea room has burst on to the scene offering them beautiful things, amazing service, and just something that little bit different.

The Hidden Treasure Tea Room, located at New Bridge Street just off from Fore Street, opened on the 13 July and has been a roaring success ever since.

Vicki Parks, the owner of the tea room said: ‘’ The feedback has all been really positive.

‘’I keep asking people for criticism and nobody has been able to give me any so far.’’

The inspiration for The Hidden Treasure Tea Room came from Ms Parks’ love of tea and cakes.

She said: ‘’I used to have a lot of dinner parties, which became tea parties, because I like making cakes. After a while I realised that I could do events and sell tickets, rather than just inviting my friends.’’

Ms Parks began running pop up events in unusual and interesting places in London, before moving the events down to Exeter. One of her recent events took place at The Globe for Mother’s Day.

The simplicity of having homemade tea and cake was loved by Exeter residents and tourists alike. Ms Parks realised a permanent base was needed. Hence, The Hidden Treasure Tea Room was born.

The Hidden Treasure Tea Room is a place like no other. There is no Radio One playing in the background at this facility, instead beautiful tunes from Ella Fitzgerald surround you as you drink beverages such as vanilla iced tea and cloudy lemonade. Everything from the lampshades to the cutlery offers its guest that ultimate retro feel.

If you want to visit a tearoom where you feel your name will be remembered than this is the place for you.

Ms Parks said: ‘’We have a really personal touch and have a lot of beautiful things.

‘’When you go into a Costa everything is made of plastic or in that shiny chrome, it all looks the same, nothing is personal and nobody stops to ask you how you are feeling or what your name is or where you have got the stuff from.

‘’In here everybody stops and has a chat.’’

The Hidden Treasure Tea Room is located at 5A New Bridge St and you can also visit www.hiddentreasure.biz for more information.