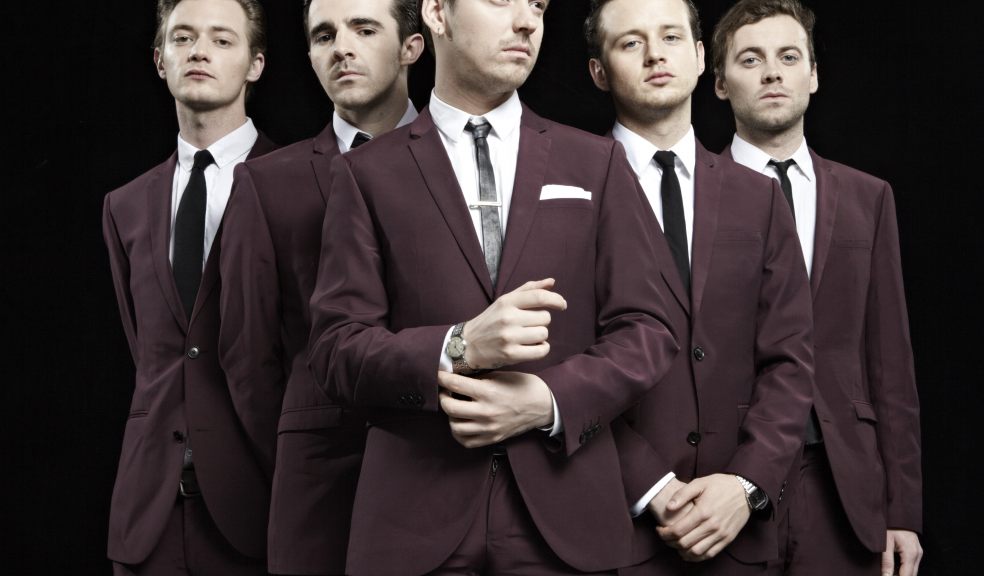 After performing at the Eden Project with The Kaiser Chiefs and with more summer festivals such as Reading and Leeds still to perform at, The Exeter Daily managed to grab a few quick words with Al Kershaw, the lead singer of The Computers, before the band are due to perform their highly anticipated show at the Exeter Phoenix on 6 July.

Q: For those readers who are not familiar with The Computers, could you briefly sum up who and what the band are about?

A: Well in short, we are a 5-piece beat combo from Exeter, Devon.

Q: You have been touring quite extensively recently, could you tell us some of the highs and the lows you have experienced from all this recent touring?

A: On Sunday I fell off a six 6ft stage in Holland that was pretty low! A high was when we were invited to Mick Jones' studio to film a thing for TV with him and Paul Simonon from The Clash.

Q: The Computers have been asked lots of questions about the change of style from the music you have produced before; did you expect to receive the reaction that you did?

A: I actually excepted to have people not like it as much, so the reaction has been really, really great.

Q: You are performing at the Exeter Phoenix on Saturday, do you feel more pressure when performing in your  hometown?

A: Yeah totally. It's now very strange to play to people who actually know you in real life.

Q: Are there any particular pre-stage rituals that you or any of the guys go through?

A: We have a basket of puppies delivered to the back stage, it helps us relax and get in the mood!

Q: The people of Exeter are used to seeing you perform at the Cavern, was there any particular reason to performing at the Phoenix instead?

A: The main reason was just to do with the fact that the Phoenix can fit more people in, and that it is an all ages venue.

Q: For those who are attending the gig at the Phoenix, what should they expect from your show?

A: I think they will have to wait and see!

Q: Could you tell us how the opportunity to play at The Eden Project with the Kaiser Chiefs came about?

A: I actually have no idea, I think they just asked us... and we said yes please!

Q:  You’re playing a few festivals this year, such as Reading and Leeds. Are there any in particular you’re really looking forward too?

A: Reading and Leeds I would say we are looking forward too, all festivals blur into one after you have played loads, but Reading and Leeds have a special place in our hearts, we are also quite high up on the bill.

Q: Despite Exeter being a city of relative small size, there seems to be a lot of musical activity that takes place but do you think more could be done to increase awareness of this?

A: Possibly, but I would have no idea how to promote it even more than it is. The main thing is people actually just coming out to shows. There are plenty of towns in the UK with no music scene at all. If people stop coming to shows that’s what happens.

Q: Are there any Devon-based bands or musicians that you would recommend The Exeter Daily readers should also know about?

A: Any of the bands supporting us at the Phoenix!

Q: If you could sum up Exeter in five words, what would those words?

Q: Finally, what has the rest of 2013 got in store for The Computers?

A: Ohh fart, too much to mention here best the thing to do is just check out our Facebook, Twitter and all that stuff to keep up to date.

To find out more about The Computers visit: www.facebook.com/thecomputers or via Twitter: @thecomputers