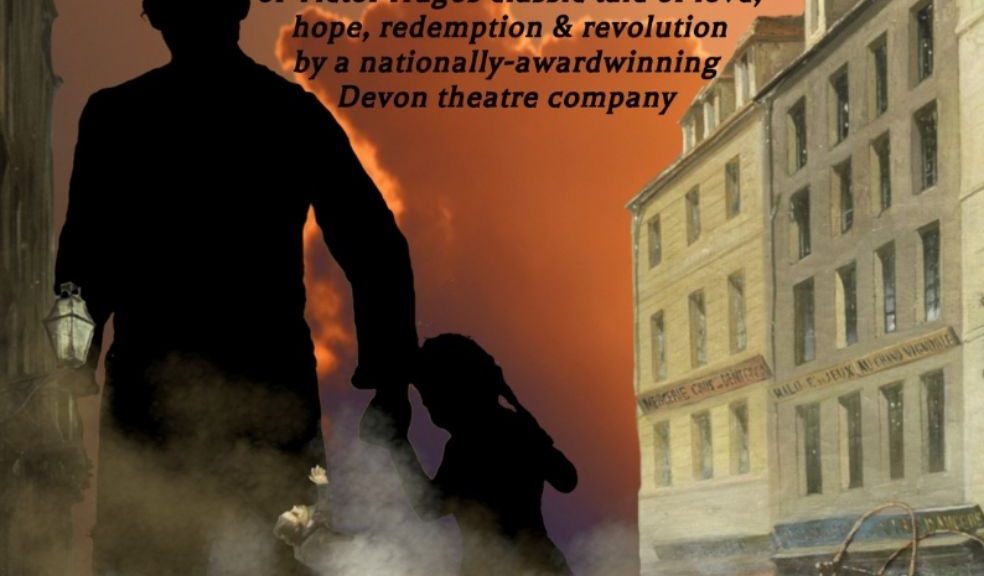 Devon based theatre company brings Les Miserables to the Barnfield Theatre, in Exeter.

Following a hugely successful production of William Shakespeare's Macbeth this winter around the Devon area, the South Devon Players bring their production of Les Miserables; The Memoirs of Jean Valjean, to Exeter Barnfields theatre on June 7th 2019.

This drama, originally performed by the South Devon Players in 2013 to full-houses, is a non-musical adaptation of Victor Hugo's classic drama of love, hope, redemption and revolution.

The Players last production at Brixham Theatre, Macbeth, attracted such audience feedback as
“The power of the final scene was such that the audience sat transfixed in silence, barely able to comprehend the beauty of what they’d just witnessed.“
“Easily on a par with the production of Macbeth we saw at the Globe”

and is currently nominated for theatre awards in New York.

Barnfield Theatre ALL TICKETS £10, (or £8 concession)

Les Miserables is set in early 19th Century France, and follows the story of Jean Valjean, a convict who through the kindness of others, finds redemption; but, having broken parole and changed his identity in order to make a new life as the kindly mayor of a small town, is hunted mercilessly by Javert, who is unable to believe that anyone with a criminal record, can be anything but evil. After rescuing Cosette, the small daughter of a woman forced into poverty, from near-slavery, and escaping re-arrest by Javert, he reaches Paris. Years later, grown into a beautiful young woman, Cosette falls in love with a student and revolutionary, Marius. But their marriage is forbidden by Marius's aunt, on the eve of 1832 revolution. The revolution is brutally quelled, and Marius is rescued by Jean Valjean. Javert, who had been taken captive by the revolutionaries, is released by Valjean, but unable to comprehend this kind behaviour from someone who he viewed as evil, Javert takes his own life. Marius and Cosette are finally given permission to marry, and Valjean gives them a diary telling his life story....

When the South Devon Players first performed this show in 2013, a producer from London, Murray Keene, came to see the show, and funded a second sell-out run of the shows. Now, the Players are reprising this show afresh.

As with all South Devon Players productions, the cast and crew are all local performers, with a wide range of experience, from complete beginners, through to experienced professionals with up to 20 years experience, and an age range from 7 through to 60, all of whom work together as a professional team to create all-new productions. Done on a tight budget using mainly recycled materials, and sets which through force of circumstance can be dismantled and carried on the bus or train, these shows nevertheless have attracted national awards, and now international nominations, for their work.

The South Devon Players, founded in 2005/6 on the proceeds of a carboot sale, are already winners of the national Epic Award 2017 for England, a national arts award celebrating creativity and innovation in grassroots arts, and international nominations for past productions. Based in Brixham, the Players is a supportive, friendly, and ambitious grassroots team of professional and aspiring professional actors at all stages of their careers, who primarily specialise in researched historical theatre productions and old “Classics”, to provide an opportunity to for local people to develop their skills in creating shows to a national standard, in order to develop internationally recognised professional skills, portfolios and credits for local performers at all stages of their careers. They always welcome new performers and creatives who would like to get involved.

Laura Jury (the director) studied performing arts at South Devon college, then went to Plymouth to do a Bachelors degree in film & TV production, before progressing to Exeter University to complete a Masters degree in teaching theatre. With a history of performing since 1996, and directing since 2000, in between her training she has also pursued a career as a professional performer, and in 2006 founded the now multi award-winning South Devon Players Theatre & Film Company with three others, to create new projects in Torbay.