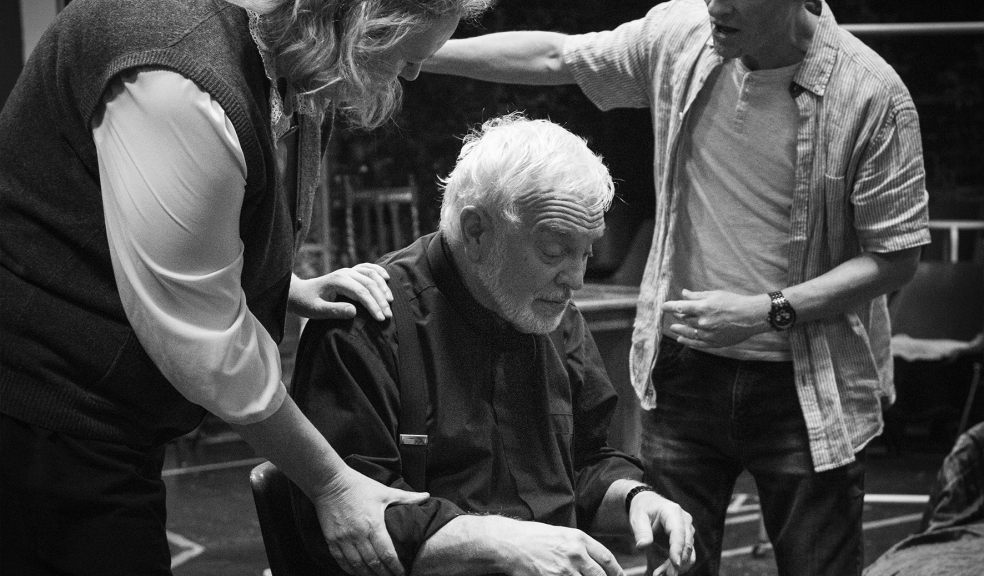 It’s wartime, but the show must go on as Exeter Little Theatre Company (ELTC) brings the curtain up on one of theatre’s modern classics.

ELTC return to Exeter’s Barnfield Theatre this September to bring to life Ronald Harwood’s The Dresser, which captures the drama and relationships behind the scenes of a touring theatre company during World War II.

Taking centre stage is Sir (David Gunn-Johnson), the last of the great, but dying breed of English actor-mangers. However, when he arrives at the theatre in a bad shape and unsure what play his company are performing, or his lines, he must rely on his trusted dresser Norman (Dave Hill) and fellow actors to get him on stage.

Amid the roaring air sirens and bombings courtesy of the Luftwaffe, the production of King Lear moves to its tragic end as Sir prepares to make his final bow in more ways than one.

The Dresser focuses on the importance of relationships between star and dresser as well as Sir’s connection to his wife and leading lady Her Ladyship and tested stage manager Madge.

Director Joe McNulty said: “It’s a great play to direct, very strongly written characters and I am delighted to be working with very experienced actors. Over 30 years ago I played the part of The Dresser for Bijou Theatre in Paignton, and so I am pleased to now direct it many years later.”

Ronald Harwood, this plays writer, was a dresser to Sir Donald Wolfit and through his experience, captures the bracing, heartbreaking drama of the theatre world in an elegy to a bygone era.

To book, call the box office on 01392 271808 or online by visiting the theatre’s website http://www.barnfieldtheatre.org.uk/