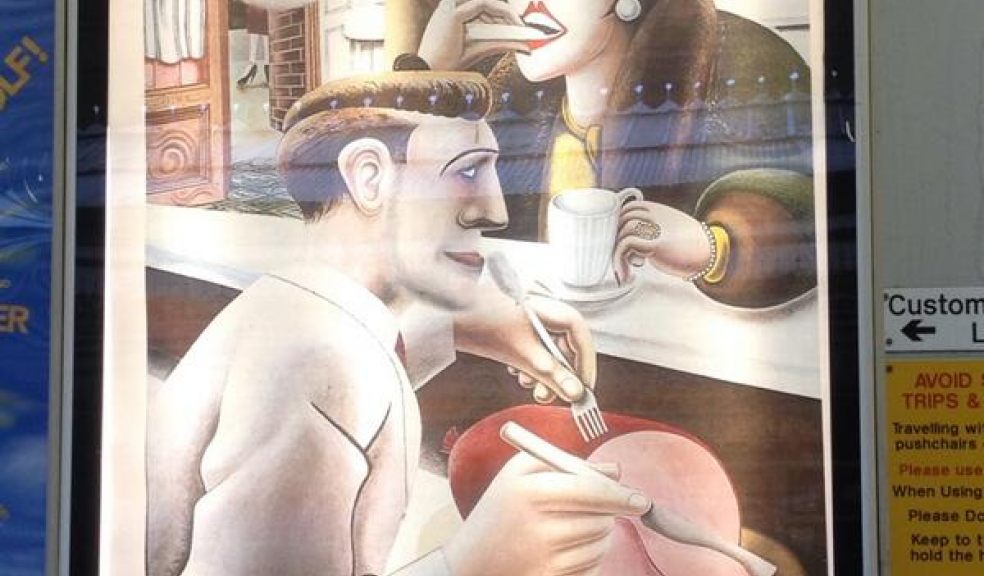 The UK has become the world’s largest art gallery this summer.

The unique exhibition, Art Everywhere, has transformed thousands of poster sites and billboards into iconic artworks from the national collection.

Bus stop or brick wall, you could find art anywhere.

Art Everywhere is a collaborative project between Richard Reed, co-founder of Innocent Drinks, the Art Fund, Tate, and the poster industry.

Richard Reed says: “This is a joyful project with no agenda other than to flood our streets with art and celebrate the creative talents and legacy of the UK”.

With over 30,000 Facebook likes and over a thousand individual donations, people from around the world have helped to create the world’s largest art show. Votes and donations came from far and wide including Europe, North and South America and Asia as well as the UK.

The project is supported by many leading artists including Damien Hirst who said: “Art is for everyone, and everyone who has access to it will benefit from it. This project is amazing and gives the public a voice and an opportunity to choose what they want to see on their streets“ Richard Reed, co-founder of Innocent Drinks initiated the idea for Art Everywhere. His passion for the arts led to the idea of having a public celebration across Britain. He said: “This is a joyful celebration with no agenda other than to flood our streets with art and celebrate the creative talents and legacy of this amazing country”.

Using image-recognition and augmented reality technology via blippar, each physical poster will be interactive, enabling the public to point their phones at the art to access instantaneous information about each piece, visit the collection and socially share their favourites. Prints of many of the artworks can also be bought through the site via project partner, Easyart, with all profits going to the artist and Art Everywhere.

These artworks are only around until the 25 August, and a projected audience of 90% of the UK’s adult population, from Banff & Buchan in Scotland to Torbay in Devon, and from Lowestoft in Suffolk to Belfast in Northern Ireland, will enjoy beautiful art instead of advertising.

The Exeter Daily has spotted two in St David's Station - The Snack Bar by Edward Burra and No Woman, No Cry by Chris Ofili

Members of the public must visit www.arteverywhere.org.uk to vote and donate.