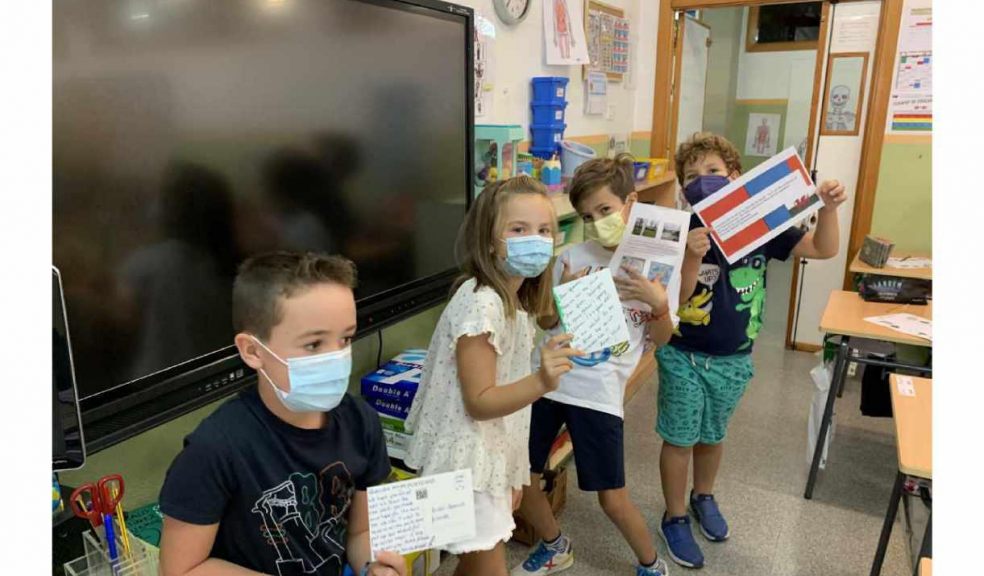 The number of UK schools with international links has gone downhill since Brexit kicked in and the UK government’s decision to opt out of the Erasmus+ study scheme.

Redhills Primary school from Exeter back in early 2014 led by Mr Stuart Busby (headteacher of the school in those days) set up a pioneering link with Mr Enrique Ruiz Cano’s old school in Lorca, Spain and a school in Riga, Latvia so as to get an innovative project off the ground.

This initiative included both online collaborative activities between the students from the 3 countries and physical mobilities of pupils and staff.

Enrique Ruiz Cano, an English teacher in Spain, created a network of Devon schools with the help of Mr Busby which were successful when it came to gaining Erasmus+ funding for child and staff exchanges.

Mr Ruiz Cano is now an official Erasmus+ ambassador from the EU apart from a teacher and an international coordinator in his present school, CEIP Nuestra Senora de la Fuensanta from Beniajan, Murcia, Spain.

He deeply regrets the UK’s decision to leave Erasmus+ as it brought about quite a number of benefits for all the British schools he worked with. Children who had not even left Devon in their lives, got the chance to learn in other EU countries like Spain, Italy, and so on thanks to Erasmus+.

Even though the current UK government came up with another study scheme (Turing) to take over from Erasmus+, according to Mr Ruiz Cano, there is a lack of information left right and centre and the number of applicants for funding and partnerships with other schools abroad has radically decreased.

In fact in 2021, only over 100 schools obtained a grant in the whole of the UK and they were mostly English schools as the new Turing scheme is nearly inexistent in Wales or Scotland whereas in Northern Ireland, not even a single school applied for that type of funding.

Mr Ruiz Cano and Mr Busby are hopeful that Brexit will be somehow more lenient when it comes to educational links and schools can have the opportunity again to build up links with other EU organisations for reciprocal staff and student exchanges.