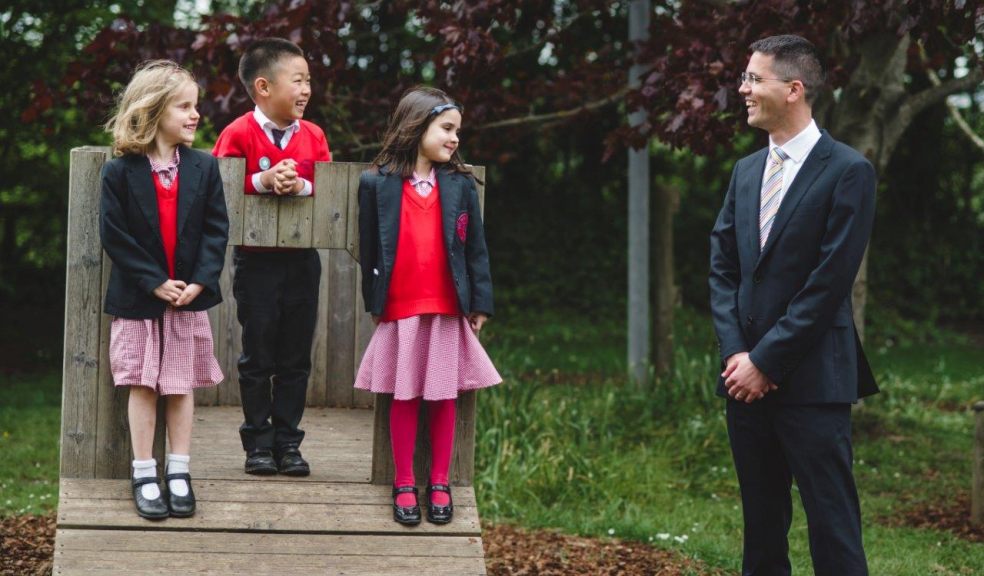 The community of The New School, an independent pre-prep for boys and girls from nursery to Year 2, is delighted to welcome Daniel Ayling, as its new head from September 2021.

Situated in a converted chapel and nestled in the village of Exminster, Devon, The New School has been part of the Exeter School family since March 2021.
New head Mr Ayling is an innovative, dynamic teacher and leader, who is passionate about early years education. He was educated at Sutton Grammar School and then gained a place at Cambridge University, graduating with an MA in Education and English. He also completed his teacher training, with Key Stage 1 specialism, at Cambridge and later achieved the National Professional Qualification for Headship at the UCL Institute of Education.

Mr Ayling began his career teaching Year 1 in Cambridgeshire, before relocating to Surrey, where he taught a range of subjects from nursery to Year 6 at The Study Prep School in New Malden and Greenacre School for Girls in Banstead, where he was also head of learning support.

Mr Ayling then spent six years at Manor House School in Surrey, where he held the roles of deputy head of the junior school and head of the pre-prep and nursery school. During this time, he oversaw extensive changes to the curriculum and assessment processes and successfully relaunched the nursery as co-educational.

Since relocating to Devon in 2018, Mr Ayling has helped establish ACE Tiverton Special School, a brand-new free school for secondary children with autism spectrum condition. As deputy headteacher with responsibility for teaching, learning and curriculum, he has overseen the expansion of the school from 35 to 75 students in its first few years of opening in a £4.5million rebuild.

He is also a founding member of the Chartered College of Teaching, an Apple teacher and a Microsoft innovative educator.

In his spare time, Mr Ayling enjoys running whenever possible and exploring the Grand Western Canal with his dog. He also has a keen interest in all things musical, especially theatre and opera. He has sung with large choral societies in London and a small chamber choir based in Tiverton.

Mr Ayling said he was delighted and privileged to have been given the exciting opportunity to lead The New School.

“I was immediately struck by the warm, friendly atmosphere and beautiful setting. It is a very special place where happy children flourish, and I am really looking forward to making it an integral part of the Exeter School family.”

Exeter School head Louise Simpson said “We are delighted to have been able to appoint someone of Daniel’s calibre and experience to be the next head of The New School. He has the vision and energy needed to guide the school as it becomes part of the Exeter School family and is a truly inspirational teacher for our New School children.”