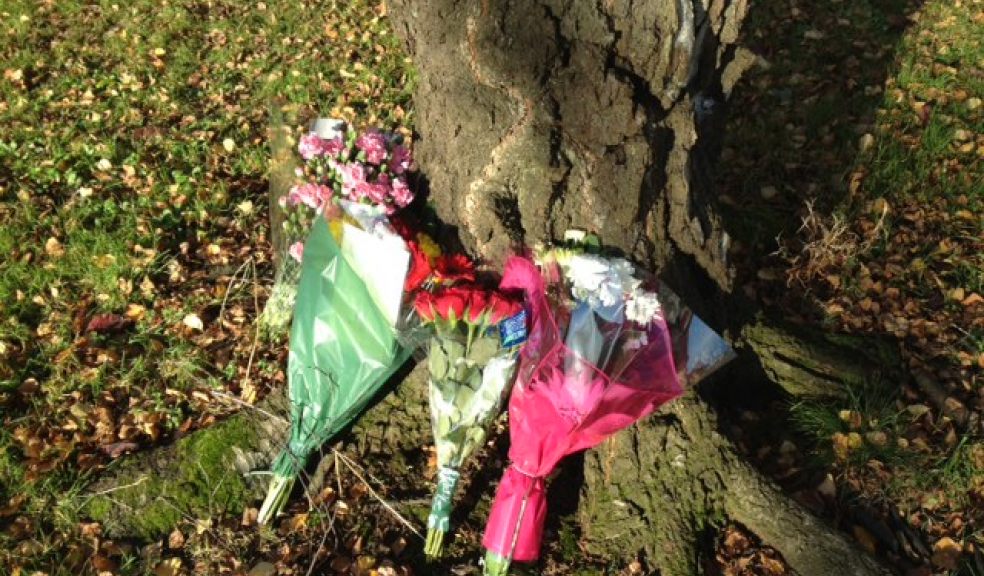 The woman killed by a tree in last week's storms was today named. Although formal identification is not due until tomorrow (30th November) today's Express & Echo newspaper named the 21-year-old as Michelle Conroy.

Police were called to the scene after a report that a tree that had fallen on Western Way, near to the junction with Barnfield Road in Exeter. The tree was reported to have landed on or near to three people.

On police arrival at the scene three casualties were confirmed. One person was trapped and receiving treatment and two others who were clear from the tree were also receiving treatment. Sadly, Michelle died soon after she was taken to hospital.

The paper reports that Michelle was a regular at the Friday night cafe at St Petrock's Church.

The Echo also quoted the Revd Cannon Anna Norman-Walker as saying that Michelle was a private and quiet person but was always thankful of what she was offered.

She said: "They called her the Orange Squash girl because that is what she liked to drink."

People have been laying bouquets of flowers at the site of the incident and a number of people have posted comments on The Exeter Daily.

Michael Scott-Hill wrote: "... What seems imperative to me is that she should not be forgotten, becoming yesterday's news. The floods will subside but this young woman is dead. I assume there will be an inquest. There needs to be. We need to learn from this woman's unnecessary death."

Councillor Rob Hannaford, Lead Councillor for Housing and Community Involvement, said: "This is a tragic death and our thoughts go out to everyone who knew this lady.

"The number of homeless people is unfortunately high in Exeter. The City Council works closely with its partner organisations to ensure that help is available to everybody faced with homelessness. If people are concerned about somebody who is sleeping rough they can call our 24 hour helpline on 0800 151 3441."

This morning it has also been reported in Totnes that another homeless person has died from inclement weather conditions, the fourth homelss person to die in the town this year.

If you have any thoughts you would like to share on how homelessness in Exeter can be reduced, email ted@thedailyuk.com or post a story online at http://www.theexeterdaily.co.uk/node/add/article