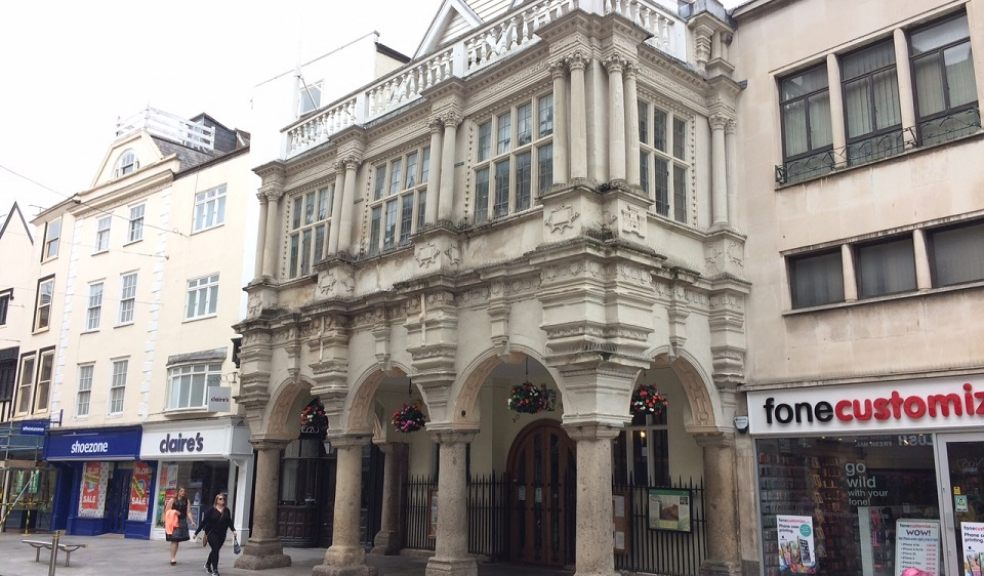 Are there lessons to be learned from Exeter’s past to take into its future? Can we discern characteristics from its history to enlighten the next few generations of this more than two-thousand-year-old city?

From its first beginnings as a prehistoric hill settlement, what has really determined Exeter’s wealth and well-being has been its geographical location – its underlying geology, its climate, and its estuary position east of Dartmoor.

On a promontory overlooking the river valley, Exeter has enjoyed a position of strength against potential invaders, access to water for potential trade, and a climate which has cultivated an abundance of energy through plant and animal life. As it has welcomed different communities and cultures into itself, it has expanded its horizons and revelled in becoming a natural communications centre for a wider sub-region.

From the earliest days to today, it has grown as a city rich in diversity, energy and access. Being sheltered on higher ground, with plentiful supplies of nearby water and good soil for growing food crops, the city confidently developed its trade from the late 11th century, buoyed by the attraction of its Gothic cathedral and the protection of its Norman castle. The proceeding Middle Ages saw the city expand its wool markets and become a centre for religious activity up to the age of the Tudors.

Thereafter, the building blocks were set for it to become a hub for administration for government, law and church. The shipping trade and pike roads gave way to the railways, and a hundred years later to cars, lorries and aircraft. Exeter as a focus for travellers and modes of communication was well established. Its growing population supported the advent of water, gas, and electricity supplies, and in current memory for the rolling out of internet technology and hi-tech industries.
In all this rich evolution, there are perhaps four lessons to be learned for today’s age and for the future.

The first is to note how Exeter has maximised the natural potential that its river valley zones, hills, water catchment areas and flood plains offer – from nearby moorland to the coast. The Exe has always brought refreshment, biodiversity, traffic and food to the capital. The quality, variety and fertility of local soils provide building materials, plants for crops and foraging, healing properties and much more. The area’s south facing slopes produce solar electricity and abundant produce. Its woods, parks and fields offer leisure and recreation facilities.

The second message is to see how other people and communities have been viewed as opportunities to enhance the city’s life - not as threats. This is very different to perceiving that ‘strangers’, or those who are different, pose a menace. The merchants who brought immense wealth to Exeter through the wool and other trades would have achieved little if they had not grasped the chance to open up new possibilities of exchange and in so doing welcome traders, pilgrims, refugees and travellers from elsewhere.

The third insight is to realise that cultural diversity has been essential because it brings talents, skills, customs and wisdom that enrich Exeter, and without which out city would be much poorer. Imagine Exeter with no Chinese or Indian restaurants, no University students from across the world, architecture only from Saxon times. No Bach, Tchaikovsky, Reggae or Jazz. No Korean cars, Japanese technology, African diamonds, Polish airmen or French fashions. No potatoes, chocolate, bananas or rice?

Exeter has thrived on languages from old worlds and products from new ones! The Cathedral, Synagogue, Gurdwara and Mosque all bring great benefits to the spiritual tradition of the city. Our museums and galleries hold tributes to cultures across the globe. ‘Respect’ is not only a word from today, it is also part of Exeter’s heritage.

Fourthly, is to observe the resilience of the city’s community life and especially the capacity to support those who are vulnerable at times of crisis and challenge. Clearly this happened during the Blitz of 1942. But the same corporate spirit was expressed during the plague period, food riots, sieges, disastrous fires (e.g. the Theatre Royale and the Royal Clarence), the 1960 floods and in times of celebration such as Exeter receiving the Olympic torch and the Chiefs’ rugby premiership victory of this year. Exeter is nothing if not an active community of active communities.

In summary, Exeter is an interesting place to live and visit, because it still retains a strong sensitivity to nature, a keen welcome to the outsider, a vibrant multiplicity of communities, and a spirit of participatory belonging. These assets cannot be easily measured. Nor should they be taken for granted. In a modern, more individualistic society, certainly not all cities are like ours. Neither should it be romanticised, for there is some truth that the quality of life in the city is not what it was – environmentally or socially. But there is hope for a civic future.

Environmental appreciation, openness to opportunity, respect of diversity and community resilience are four features to be sustained for a better city and a place that is full of faith – semper fidelis.