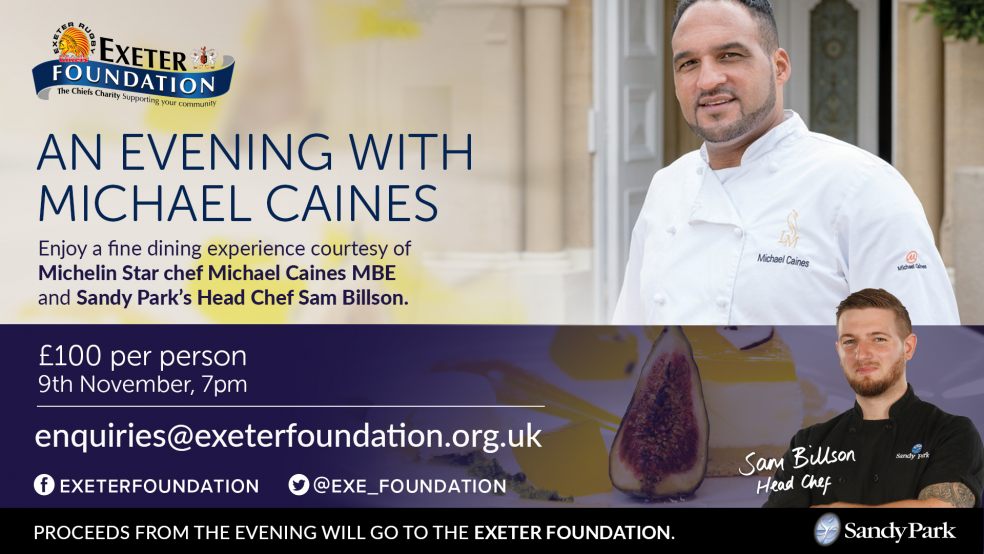 Michelin-starred chef Michael Caines MBE will be teaming up with Sandy Park’s Head Chef Sam Billson in the Sandy Park kitchen in November, for his third evening in aid of the Exeter Foundation.

Michael previously paired up with former Head Chef Denis Turner in March 2015 and March 2016, raising over £6,500 for the Exeter Foundation.

The event, taking place on November 9th 2017, will include an especially devised seasonal five-course menu prepared by the two chefs on the night with complementary wines. The chefs will introduce each course and a Q&A session will add insight for guests following the meal.

Tickets are £100 and can be purchased by contacting enquiries@exeterfoundation.org.uk