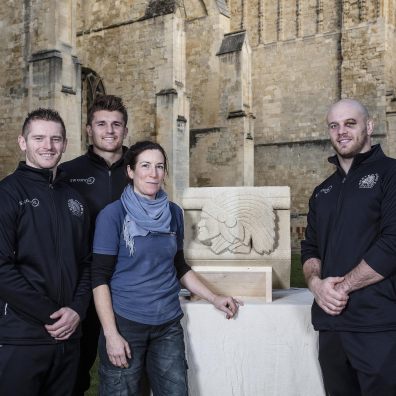 Future visitors to Exeter Cathedral will soon see a symbol of the city’s rugby club adorning part of its façade after a new stone carving was unveiled this week.

In what is an extensive project on the Cathedral’s East Gable, work has been going on for a number of months to address parts of the stonework that need replacing or re-conditioning.

And part of the project has been to replace four corbel stones, all of which are to now have a new look moving forward.

As Clerk of Works Chris Sampson explains: “The project we are currently working on will see us replace... 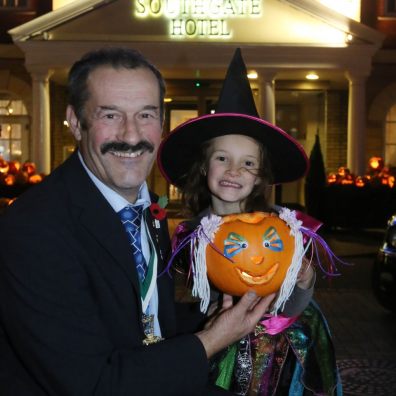 An eight-year-old fundraiser has won a Hallowe'en pumpkin carving competition with a not so scary creation that wowed the Lord Mayor of Exeter.

Raising money for charity Children’s Hospice South West (CHSW), the Southgate Mercure Exeter Hotel gave out pumpkins to guests, businesses, supporters of the charity and others.

Amongst the many entries Hannah Sparkes, who uses the charity’s Little Harbour Hospice, in St Austell, won the children’s competition with her striking creation, which featured a huge smile beneath purple, pink and white hair. 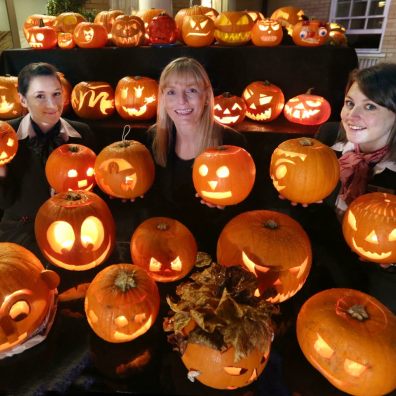 Pumpkin kits are on their way to local businesses as part of a competition to help raise funds for Children’s Hospice South West.

Hotel manager Fiona Darde said: “We’re looking for people to get creative and help raise money for Children’s Hospice South West. Last year we had a fantastic response, ranging from quirky and fun to truly inspiring and scary.