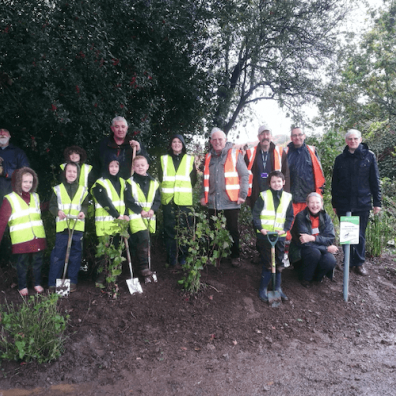 A Buckfastleigh community garden will blossom in spring thanks to a conservation event led by Teignbridge District Council’s Green Spaces team and with help from pupils from Buckfastleigh Primary School.

Daffodil bulbs have been planted at Buckfastleigh’s Duckspond Recreation Ground and come Spring will be ready to flower alongside 500 Crocus Corns which have been donated by members from the Rotary Club of Ashburton/Buckfastleigh. In a show of community effort, help in sowing the seeds also came from school Governors, Ideverde grounds maintenance contractors, and Rotarians.... 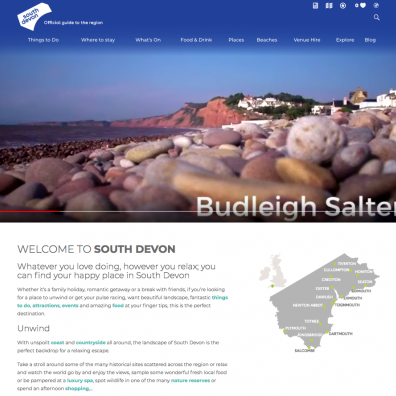 Visit South Devon has unveiled a new-look website for 2018 packed with images, film and interactive footage. Designed to show off the astounding range of breath-taking countryside and seaside destinations throughout East Devon, Mid Devon, Teignbridge and South Hams, the new site guides visitors on a rich journey of discovery.

Spanning three Areas of Outstanding Natural Beauty, over 120 miles of coastline, Dartmoor National Park, the Jurassic Coast World Heritage Site, the South West Coast Path and a host of nature reserves, the site is a rich resource for anyone looking to discover... 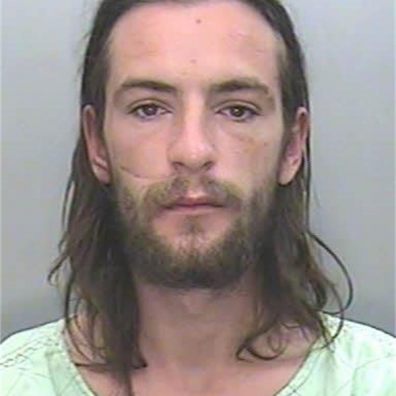 Police in South Devon are seeking a 21-year-old man who is wanted for a breach of an electronic tagging order.

Dennis Ham from Buckfastleigh is currently sought by police and officers are following a number of lines of enquiry to ascertain his whereabouts and intend to arrest him and return him to court when he is located.

Police are appealing to anyone who has seen Ham or has had recent contact with him to email 101@dc.police.uk or to telephone 101 quoting log 128... 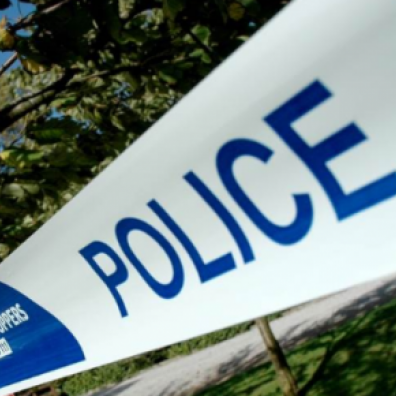 Witness appeal after fatal crash on A38

At 5.45pm on Friday 1st January 2016 a report was received by police of a single vehicle road traffic collision on the A38 at Dean Prior, near Buckfastleigh.

Police Fire and Ambulance attended the scene where it was established that a Green coloured BMW 323i motorcar travelling towards Plymouth had left the carriageway and struck a tree.

The driver of the vehicle, a 22 year old man from the Liskeard area and sole occupant of the vehicle was pronounced deceased at the scene.

His relatives have been informed.

The south bound carriageway of the A38 remained... 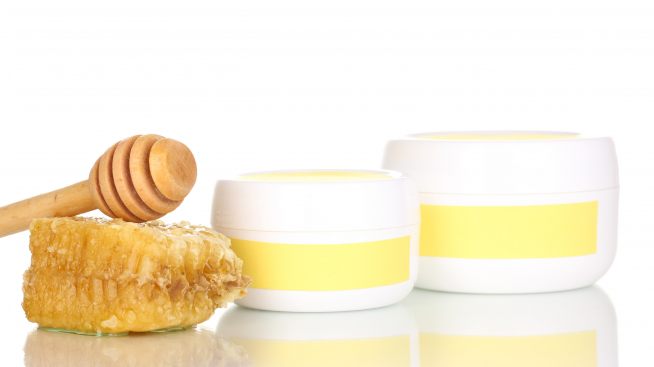 Make your own skincare products at Buckfast Abbey

Learn how to make your own balms creams and ointments using pure bees wax and honey from Buckfast Abbey's very own bees. Incorporate herbal extracts and essential oils to create your own unique products.

Price: £50 - All materials are included in the price as well as an exclusive information and recipe booklet.

Look under news and events: 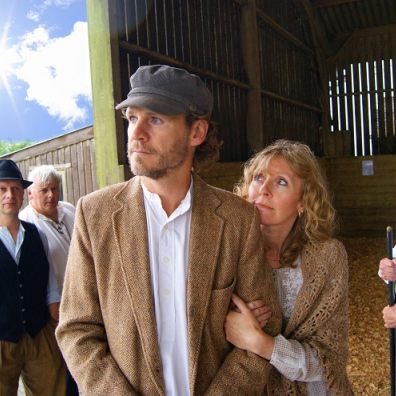 Following on from last year’s lively adaptation of 'Godspell', 'Into the Light' is a thought-provoking and beautifully written piece that will be performed at Buckfast Abbey from 7th -12th September by the Torbay-based Unleashed Theatre Company.

Based on St John’s Gospel, it follows a group of refugees fleeing from Eastern Europe in the late 1930s at the start of the outbreak of the Second World War, who as they travel tell the ‘greatest story’ on Earth. For Unleashed Theatre Company, this piece has real significance as it takes them right back to their roots... 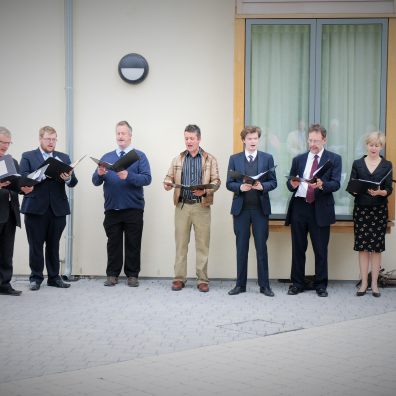 A special service was held at Buckfast Abbey in Buckfastleigh to bless its recently reopened Northgate House, which has been transformed into luxurious retreat and conference accommodation following an extensive refurbishment project.

Abbot David Charlesworth blessed Northgate House, with choral accompaniment courtesy of the Buckfast Abbey Choir. The ceremony was attended by the Benedictine monks who reside at Buckfast Abbey, in addition to Buckfast Abbey staff members and friends of the organisation. 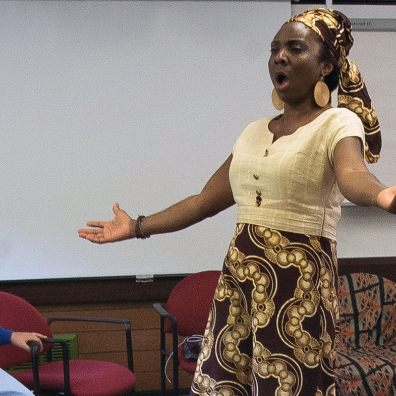 The first day of the Buckfast Abbey Storytelling Festival was a great success with schools despite the torrential rain, which threatened to make it a wash-out.

The day started off well but just as the schools were about to do their first sessions with the host of well-known storytellers, who had come to the Abbey for this unique event, the skies just opened.

Many paths were flooded and the storytelling tent of Footprints Theatre Company from Nottingham let in so much water that they had to abandon it and retreat to an inside space.

Despite this, however, the schools... 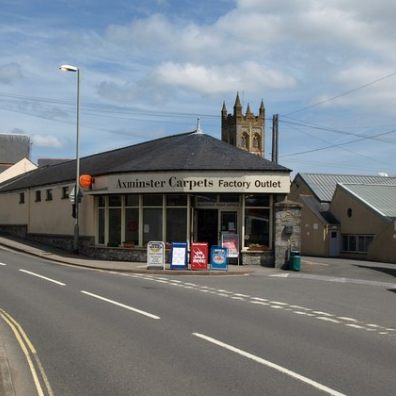 Axminster Carpets handed back to Abbey

The former Axminster Carpets’ spinning mill will be handed back to its new owners Buckfast Abbey in December.

A team of administrators have been stripping the assets for the past eight months with machinery being relocated as far afield as Belgium, Turkey, India and Pakistan. Some of the machinery has also been moved to areas within the UK including Telford, Gloucester, Axminster, various parts of Yorkshire and Lancashire.

Buckfast Abbey’s Financial Director Jonathan Deacon, said: “It was incredibly sad when the former mill had to close with the loss of so many jobs.”... 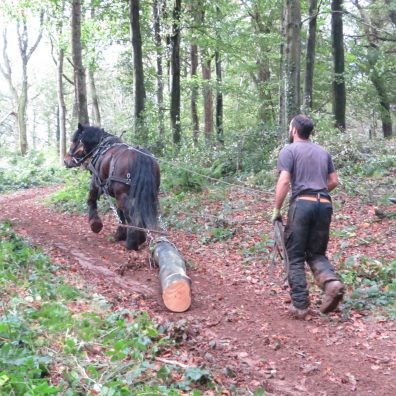 The National Trust on Dartmoor is using the power of horses to help with its woodland management at Hembury Woods, near Buckfastleigh.

Hembury Woods is ancient semi-natural woodland, a site of special scientific interest and a special area of conservation; and therefore any woodland management needs to be sensitively done

A dense plantation of beech needs to be thinned because it is shading out all the undergrowth except the native bluebells which flower in the late Spring before the trees are in leaf. Thinning the beech improves the biodiversity of the undergrowth and...