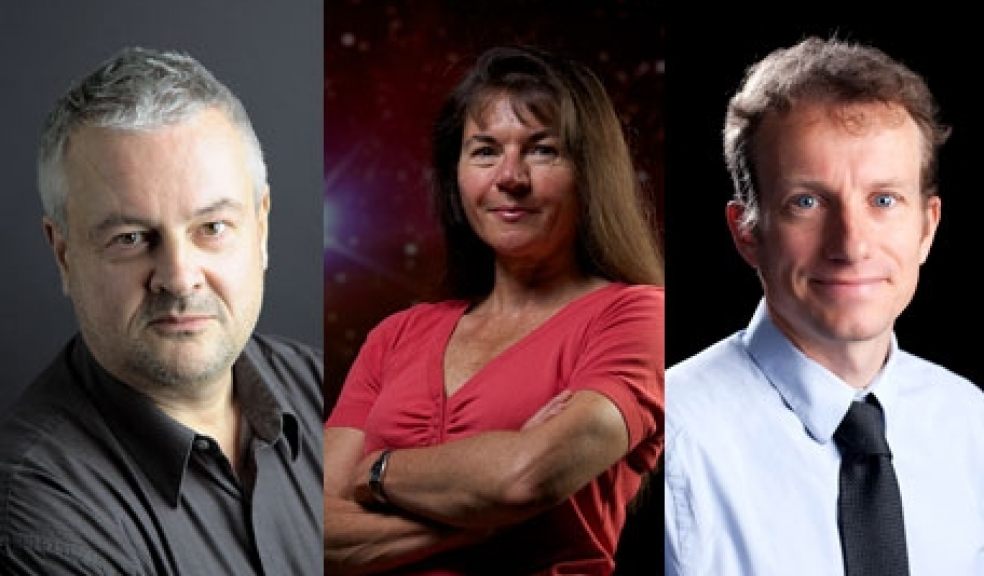 Grants totalling more than £5 million will allow world-class researchers at the University of Exeter to push the boundaries of knowledge in ground-breaking five year projects.

The awards are exclusively given to high-profile researchers who are trailblazers in their respective fields. They will fund projects which could open new directions in areas as fundamental and far-reaching as the mechanisms of the human body, to our understanding of all living things, to the evolution of stars and planets.

The grants have been awarded by the European Research Council, in a scheme which recognises established researchers on the cutting-edge of science.

Professor Isabelle Baraffe, Head of Astrophysics at the University, said: “We are all delighted to receive these awards, which recognise both the diversity and the global significance of the University’s research. These grants are only given to projects which have the potential to lead to a new level of understanding on some of the fundamental mysteries facing mankind.”

Professor Baraffe has been awarded €2.5 million (£2.1 million) to develop state-of-the-art numerical simulations which will test the fundamental physical processes which characterise the various stages of evolution of physical entities in space, such as planets, brown dwarfs or massive stars.

She said: “The grant will fund an extremely challenging and innovative project to develop a new tool which could significantly improve understanding of key stellar and planetary physics processes. It could be used to solve long-standing problems about the characteristics of the life of stars and planets.”

Professor Tim Frayling, of the University of Exeter Medical School, has received €2 million (£1.7 million) to further understanding of the biological mechanisms involved in diabetes. He will address the key issue of why some people develop diabetes despite being relatively lean, and why others have normal glucose levels despite being obese.

Prof Frayling said: “Economic and social development has led to increased food consumption and a sedentary lifestyle, which in turn has resulted in rising obesity. Yet excess weight is not, in itself, a major health problem. It is the related health problems, such as type 2 diabetes, which create one of the biggest concerns in European society. Without understanding these problems, the burden to health care resources will continue to rise inexorably and for the first time, life expectancy may start to decrease.”

Professor John Dupré is director of  Egenis, the Economic and Social Research Council (ESRC) Centre for Genomics in Society, which examines ways in which contemporary advances in biology have fundamentally changed our understanding of all types of life, from humans to crops, animals or viruses.  Professor Dupré has received €1.9 million (£1.6 million). He said: “The guiding idea of this project is that coming to terms with these new developments in our understanding requires that we take more seriously the ways in which life is dynamic at all levels, and that what we think of as living things - genes, cells, organisms - are more fundamentally processes, maintained in relatively stable conditions by yet further processes.  The project will develop this thesis in relation to revolutionary work in the philosophy of biology, and also in dialogue with emerging biological ideas in related scientific fields.”