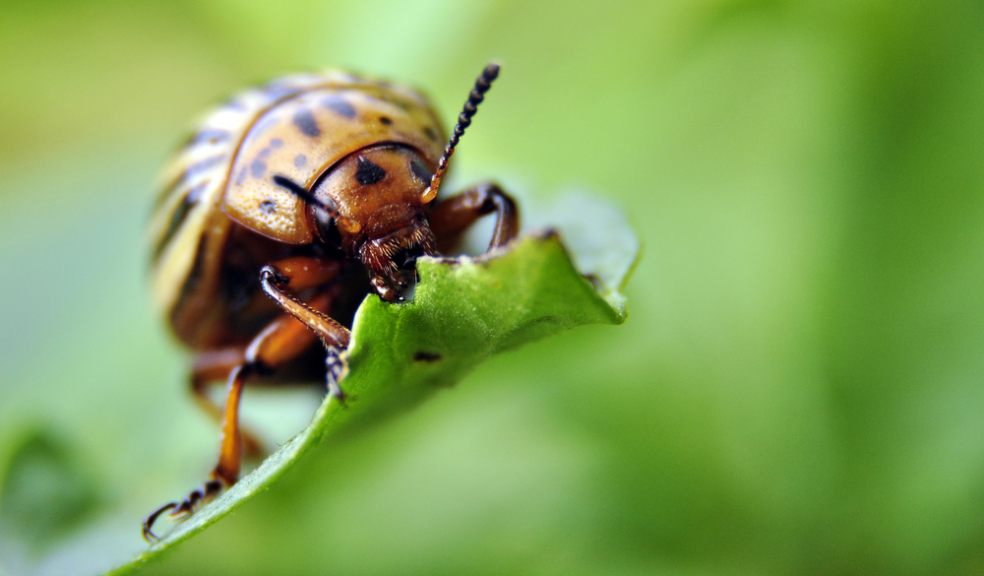 A new study has revealed that global warming is resulting in the spread of crop pests towards the North and South Poles at a rate of nearly 3 km a year.

The study, published in the journal Nature Climate Change and carried out by researchers at the University of Exeter and the University of Oxford, shows a strong relationship between increased global temperatures over the past 50 years and expansion in the range of crop pests.

Currently 10-16% of global crop production is lost to pests. Crop pests include fungi, bacteria, viruses, insects, nematodes, viroids and oomycetes. The diversity of crop pests continues to expand and new strains are continually evolving. Losses of major crops to fungi, and fungi-like microorganisms, amount to enough to feed nearly nine percent of today's global population. The study suggests that these figures will increase further if global temperatures continue to rise as predicted.

The spread of pests is caused by both human activities and natural processes but is thought to be primarily the result of international freight transportation. The study suggests that the warming climate is allowing pests to become established in previously unsuitable regions. For example, warming generally stimulates insect herbivory at higher latitudes as seen in outbreaks of the Mountain pine beetle (Dendroctonus ponderosae) that has destroyed large areas of pine forest in the US Pacific Northwest. In addition, the rice blast fungus which is present in over 80 countries, and has a dramatic effect both on the agricultural economy and ecosystem health, has now moved to wheat. Considered a new disease, wheat blast is sharply reducing wheat yields in Brazil.

Dr Dan Bebber from the University of Exeter said: “If crop pests continue to march polewards as the Earth warms the combined effects of a growing world population and the increased loss of crops to pests will pose a serious threat to global food security.”

Professor Sarah Gurr from the University of Exeter (previously at the University of Oxford) said: “Renewed efforts are required to monitor the spread of crop pests and to control their movement from region to region if we are to halt the relentless destruction of crops across the world in the face of climate change.”

The study used published observations of the distribution of 612 crop pests collected over the past 50 years. It revealed that the movement of pests north and south towards the poles, and into new previously un-colonised regions, corresponds to increased temperatures during that period.

The study was funded by the HSBC Climate Partnership and Earthwatch.