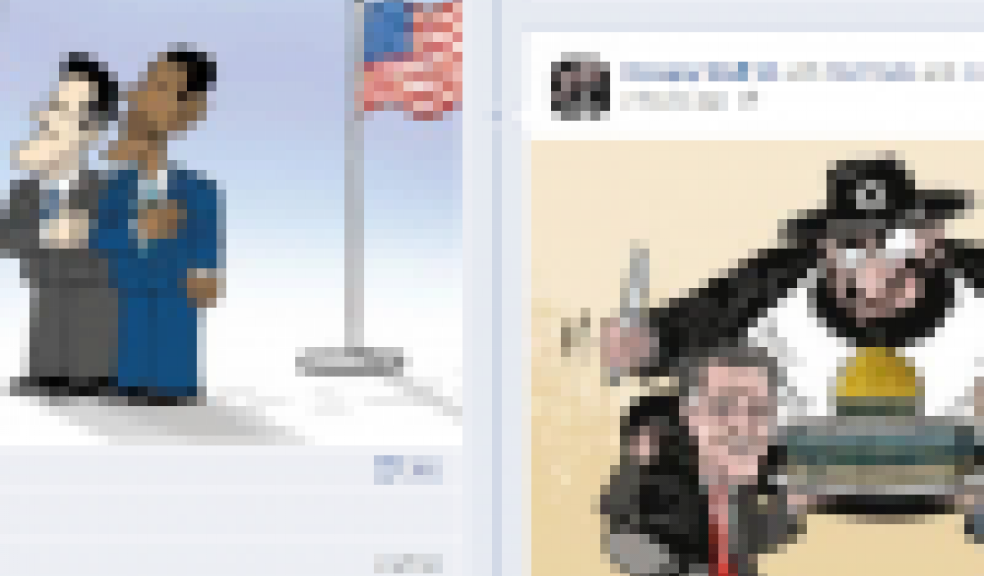 (NewsPoint) –Protest movement Occupy Wall Street have come under fire after posting a blatantly anti-Semitic cartoon on their Facebook page.

The cartoon shows a caricature of a Jewish man sitting on their shoulders of Obama and Romney, about to 'dig in' to a mosque on a plate.

Occupy Wall Street, which began just over one year ago when protesters set up camp in Manhattan, developed into a worldwide movement on an unprecedented scale. Although the motives behind each individual camp, and even each individual protester differed, they largely stood against capitalism and the rule of the 99% by the 1%