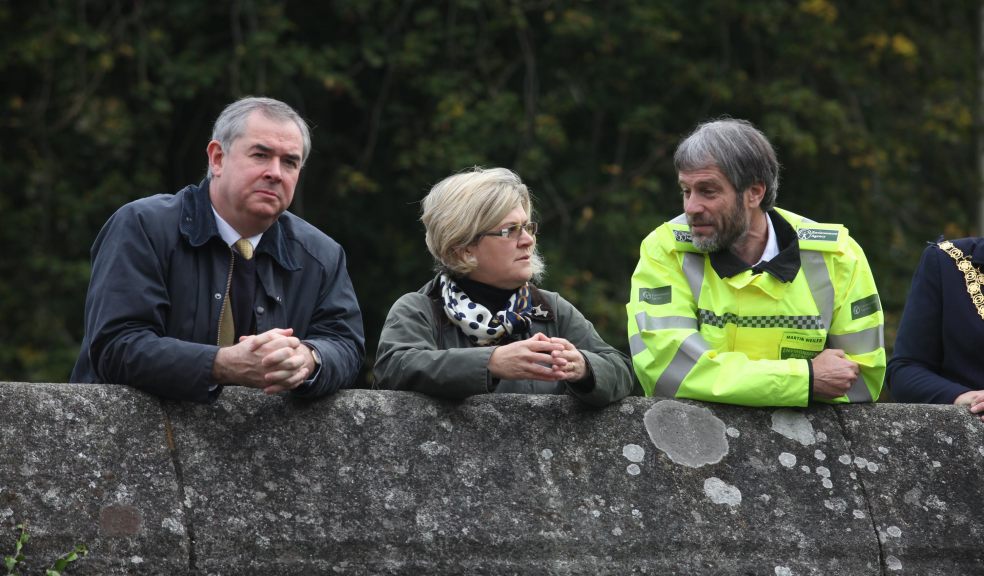 The Environment Agency has identified Tavistock and Horrabridge as being at risk of flash flooding from rivers and is keen to help these communities prepare for possible flooding. Flash floods can happen very quickly – much faster than other forms of flooding – and with massive force. Often there’s no time to issue flood warnings in advance

Geoffrey Cox, who lives near the historic market town, met with local councillors and Environment Agency officers to promote local awareness of flood risk and encourage residents to be prepared.

Highlight of the day was a visit to St Rumons Infant School in Dolvin Road where Mr Cox observed a lesson on flooding with a class of 6-7year-olds. The MP was joined by the Mayor of Tavistock, Cllr Anne Johnson, Devon County Council member for Tavistock, Councillor Debo Sellis, and West Devon Borough Council member for Tavistock South West, Cllr Alison Clish-Green to learn how the Environment Agency has worked with St Rumons to develop a school flood plan.

Martin Weiler, Environment Agency Area Manager for Devon and Cornwall highlighted that advice for communities identified as being at risk of flash flooding is to:

"My family has particularly strong connections with Tavistock so I’m very pleased to be able to support the Environment Agency’s flood awareness campaign here. The recent flash flooding in Clovelly should bring home to each and every one of us the importance of knowing what action to take if a flood occurs to keep ourselves, loved ones and property safe," said Geoffrey Cox MP

"Because of the speed of flash flooding, we cannot always provide help, so it is important that communities in flash flood areas recognise their businesses and homes could be at risk. Helping people understand this risk is a very effective way of allowing them to take action to stay safe," said Martin Weiler, Environment Agency Area Manager for Devon and Cornwall.