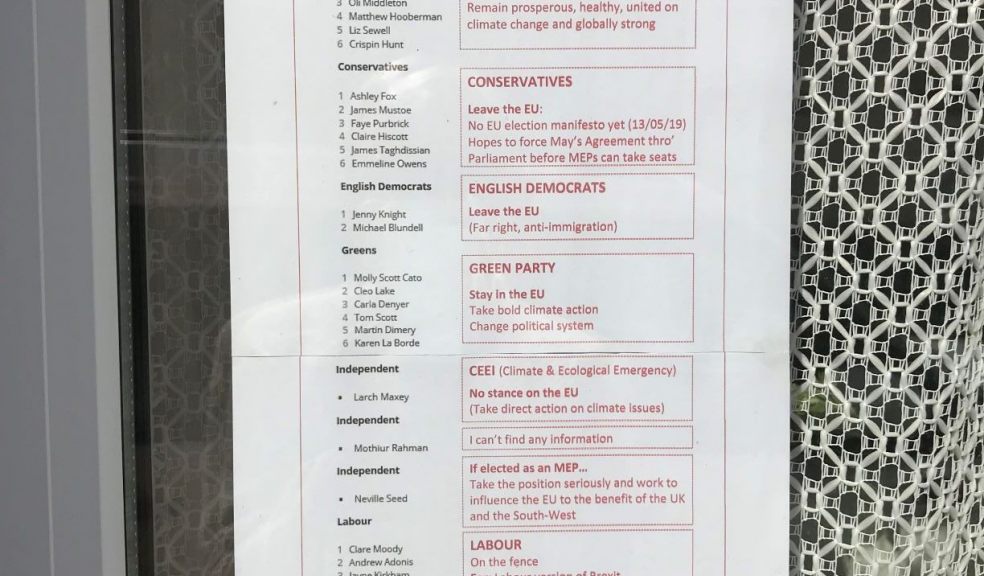 Someone has put a really helpful summary of EU candidates up in their window today.  It shows which parties are Remain and which Leave and gives a few words from their manifestos.

Except the Conservatives have not issued an EU Election manifesto to date and only one of the Independents, Neville Seed, has done so.

In an election with eight Parties, two of which are just-formed, and three Independents, any clarification is good and this one looks to have no bias.

Taking the broadest category - LEAVE or REMAIN - the poster shows:

You'll note that the Labour Party falls into neither category. The poster says that it's on the fence. It's For its own Brexit deal and Against the Conservative's Brexit deal. If no deal wins through it maybe might offer a public vote option. That fits the Labour flyer that came through my door.

The EU Elections look likely to have a good turnout with interest clearly high in St Thomas!