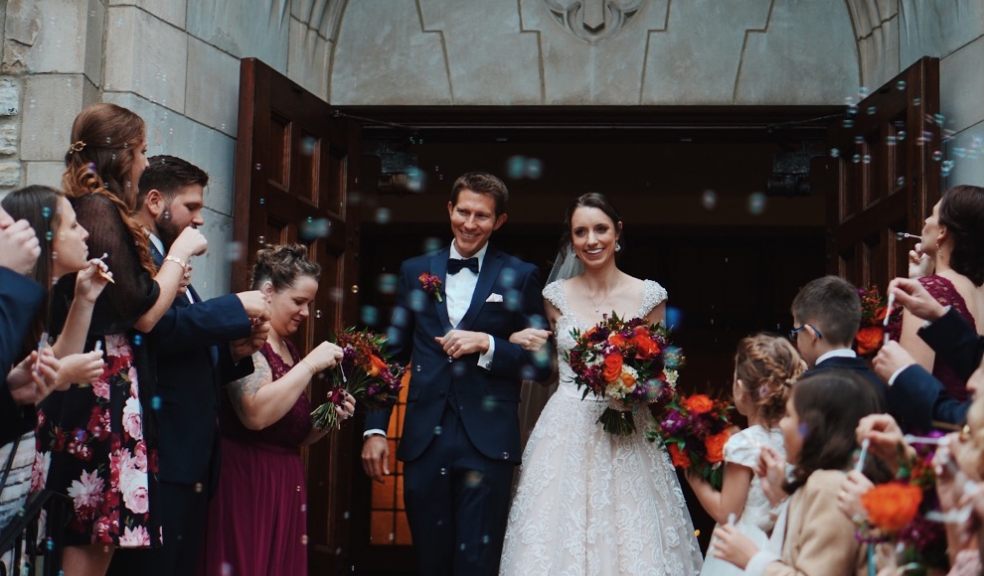 With the UK Wedding Report (2020) finding that the average cost of a UK wedding (excluding the engagement ring and honeymoon) is £16,005, getting married is one of the most expensive things a couple will ever have to pay for.

Some of the expenses you’ll have to account for when planning your wedding include venue hire, catering including a wedding cake, bride and bridesmaid dresses with accessories, flowers, invitations and transport, as well as fees for a photographer, hair and makeup artist, registrar and musicians. Delving deeper into the results, the report found that the venue and catering together represent more than half (52%) of all wedding expenditure, with the average catering spend per guest costing around £45. As you can see from these figures, the costs can really start to mount up!

You might be wondering how long it would take to save up this kind of money. Research conducted by beauty experts Cosmetify suggests it all depends on where you live.

The online beauty shop analysed ONS (2021) data on the median pay for residents in 181 regions of the UK, to work out how long it would take the average person to save up £16,005 if they set aside 5% or 10% of their monthly wage after tax.

According to a recent study, people living in Torbay are among those who have to save longest to pay for their wedding, with those based in Leicester taking the most amount of time to have enough to pay for their big day.

Considering the findings are based on salary, it may come as no surprise to learn that residents of London need the least amount of time to save for their weddings, followed by those living in the Home Counties of Berkshire, Surrey and Hertfordshire.

If you want to know how long you can expect to save for your wedding, read on.

Unfortunately for the residents of Leicester, they would need to save the longest to pay for the average cost of a UK wedding.

With a yearly take-home salary of £17,166.96, this East Midlands region has got the lowest median wage in Britain.

If one person in a Leicester couple was able to put away 5% of their income they would only be able to save £858.35 each year. This means it would take almost 19 years to reach the £16,005 that’s needed to pay for their big day.

Even if both people in the couple saved 5% of the median wage, it would still take them more than nine years to cover the cost of the average UK wedding.

The borough of Devon dubbed ‘The English Riviera’ attracts millions of tourists to its shores each year, thanks to the delightful towns of Torquay, Brixham and Paignton. However, those living in Torbay would have to wait a good few years before they had enough money to pay for their wedding.

This region ranks second on the list of places that take the most years to save up for the UK’s average wedding, due to the fact that the median annual wage for this area is just £17,199.60. If one person in a couple saved 5% of their salary, they’d only be able to set aside £859.98 a year, meaning it would take more than 18 and a half years to reach the full amount.

Another part of South England makes it onto the list of places in the UK that take the most years to save for a wedding.

With an average net salary of £17,281.20, residents of the country’s largest island could also expect to wait around 18 and a half years before they’d be able to reach the target of £16,005 to pay for their wedding day.

Based on the average wage for the area, one person in a typical couple would be able to put aside £864.06 each year if they saved 5% of their salary. If both partners were in a position to save for their wedding, they’d be able to get hitched in half the amount of time; however, nine years is still a long time to wait.

Cornwall and Isles of Scilly

Further down the list of areas of the UK that would take the most years to save up for an average UK wedding is Cornwall and the Isles of Scilly.

It comes after places like Blackburn with Darwen, Blackpool and Derry City and Strabane, all of which take residents around 18 and a half years to save for their wedding, based on one person in a couple saving 5% of their salary.

If you live in Cornwall or on the Isles of Scilly and get paid around £17,501.60 (which is the median salary for the area), it would take you and your partner just over nine years to save up enough money to pay for the average UK wedding. That’s just over 18 years if only one of you is saving, as you’d only be able to put away £875.08 per year.

Just across the water from Devon is South West Wales – another part of the UK where it’s not easy to save up for a wedding.

It follows Bradford, Nottingham and two areas of Northern Ireland (Causeway Coast and Glens and Newry, Mourne and Down) as the twelfth most difficult place in the UK to save for the big day.

Residents here get paid an annual average net salary of £17,868.80. Five percent of that comes to just £893.44, meaning it would take a couple living there nearly 18 years to cover the cost of their wedding if only one of them was putting money away. 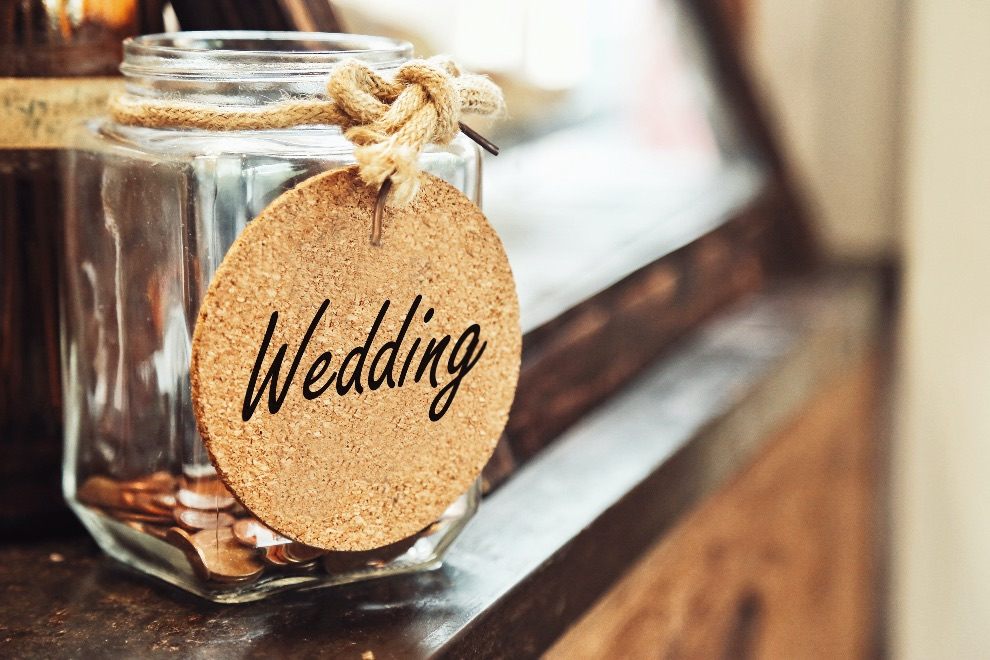 Out of the top 20 areas that take the least years to save enough money to pay for the average UK wedding, 70% are London boroughs.

Topping the list is the southwest borough of Wandsworth. With the average person being paid £28,623.60 after-tax, it has the highest median annual income and means that even if just one person in the average couple saved 5% of their wage, they would have £1,431.18 after a year.

In just over 11 years, they would have enough to cover the total cost of their wedding – that’s a whopping seven years quicker than someone living in Leicester would take to save the same amount of money.

The second best place in the UK to save for a wedding is London’s central district.

If both partners put away money to pay for their big day, it would take just five and a half years until they had enough to cover the cost of an average UK wedding.

Camden and City of London

People who live in Camden and the City of London won’t have to wait long to get married either.

The average person living in either of these London districts gets paid an annual salary of £27,799.40, which would enable them to save the full amount in just over five and a half years if both people in the couple were saving.

If only one partner was able to put away £1,389.97 each year, they would have to wait 11 and a half years before they had enough to pay for all their wedding costs.

Those living just outside of London can also expect to be in a position to pay for their wedding day within a reasonable amount of time.

Similarly, those living in West Surrey would be able to afford the cost of the average UK wedding within 13 years and seven months, as the median annual salary there is only slightly less, at £23,303.28.

Another of the Home Counties makes the list for being one of the best places in the UK to live when you’re saving up for a wedding.

With an annual median salary of £22,568.80, Berkshire couples that can save £1,128.44 each per year would have enough to pay for their wedding day in just over seven years.

It’s the same story for residents of Hertfordshire, Buckinghamshire, Oxfordshire, the heart of Essex and Cambridgeshire, who would all have enough to pay for an average UK wedding in around seven years if both people in the couple each saved around £1,100 every year.

When asked to comment on the results of the study, a spokesperson for Cosmetify said: “A wedding is one of the biggest days of anyone’s life, and the costs can mount up quickly. Traditionally, the father of the bride is expected to cover the costs but that’s not an option for everyone, so it’s sobering to see just how long it can take to save for the UK’s average wedding cost.”