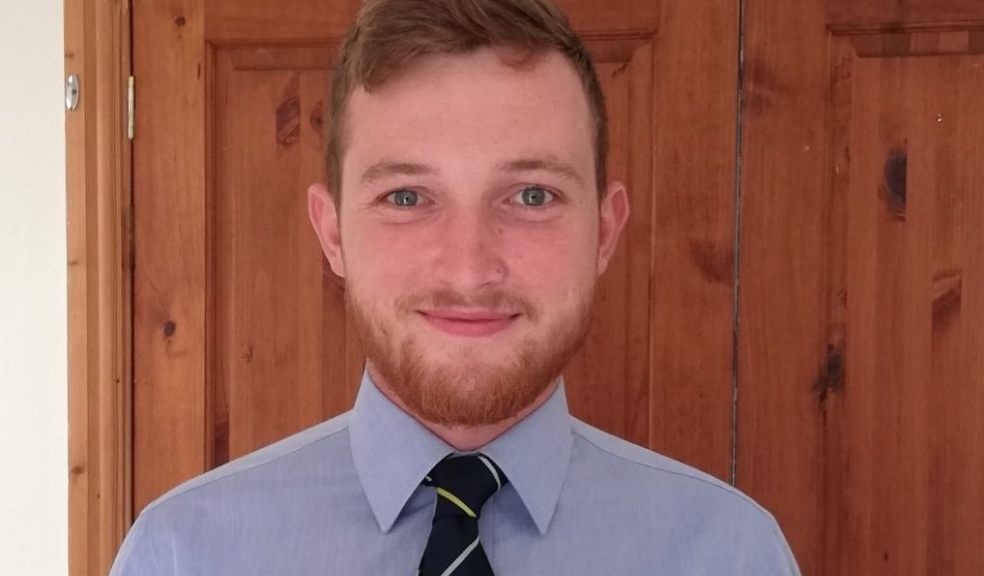 A student from Exeter University is celebrating after being awarded a cash prize from the world’s largest independent renewables company in recognition of his professionalism during his course.

Conor Cowden, a fourth-year MEng Energy Engineering student at the university’s Penryn campus, received the ‘RES Power for Good Prize’ and £100 for being the best student in the field of wind energy.

Steve Higman, Head of Operational Performance said: “The renewable energy industry is one of great opportunity and students like Conor, who exemplify the very best qualities, attitude and professionalism, will undoubtedly become key players in tomorrow’s industry.

“With over 35 years’ expertise in the sector, RES knows talent when it sees it and rewarding and encouraging it is something that is crucial to the continued success of renewable energy.”

RES is active in onshore and offshore wind, solar, energy storage and transmission and distribution. To support its numerous projects in the south-west and asset management jobs across the length and breadth of the UK, RES maintains an operational base in Truro with a workforce of 25.

Conor added: “To have been recognised as the most promising student out of the third and fourth year courses it’s a great achievement. I’m thrilled to have received this prize from RES and I’m very grateful.

I’ll be using the money to advance my studies and I eventually hope to pursue a career in using renewable energy in the humanitarian aid sector.”