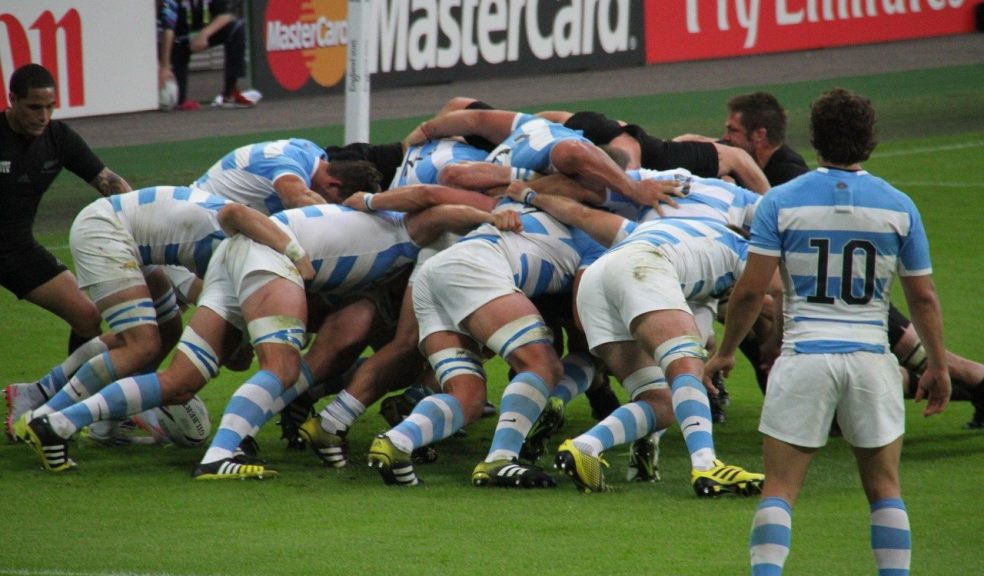 England coach Eddie Jones may have talked tough about his squad bringing a “brutal physicality” to this year’s Six Nations, but it was actually France who doled out the punishment during their opening clash in Paris. England were 24-0 down before they mounted a fightback in the second half that saved them from complete humiliation, though defeat was perhaps inevitable after the morale-crushing setbacks earlier in the game.

On the plus side for England, they did have the consolation of winning a bonus point thanks to a late penalty by Owen Farrell. This meant they didn’t end the game empty-handed and highlights the importance of bonus points in rugby. But before we get into that, here’s a quick summary of how the bonus points system – which is relatively new to the Six Nations – actually works.

Bonus points were first introduced to the Six Nations in 2017 – a pretty controversial move at the time, with some questioning whether it was a case of tinkering with something that wasn’t broken. Actually, the move simply brought the Six Nations in line with other major tournaments, such as the Rugby World Cup and English Premiership Rugby.

The bonus points system is designed to encourage attacking, exciting, try-scoring rugby, and is pretty easy to understand. Without the bonus point, a team that wins a match will receive 4 points, while teams that draw a match get 2 points each. No points are awarded for losing a match but – here’s where things get interesting – a bonus point will be given if the team loses the game by 7 regular points or less. A bonus point will also be awarded to a team for scoring at least 4 tries, regardless of whether they eventually win or not.

Under this system, a losing team could still come away with 2 points, if they score enough tries and the points difference between them and the winning side is narrow enough. The one major snag with the Six Nations was that this classic bonus points system could technically mean that a team bagging a Grand Slam (ie, beating every other team in the Six Nations) could still wind up losing the tournament if another side managed to pile up enough bonus points to edge ahead in terms of overall points.

This is made clearer with an example. If, say, Wales won all five of their games – a Grand Slam – without scoring four tries in any of the matches, their total haul of points for the tournament would be 20. If another team, say France, managed to win four of their games with a bonus point in each, and lost their fifth game by 7 points or less, thus getting a bonus point, their total haul would be 21. Meaning that Wales would still lose the title despite winning the Grand Slam.

How to get around this loophole? Easy: a team that wins a Grand Slam is awarded three bonus points, ensuring the Six Nations title is theirs.

How bonuses can make all the difference

Bonus points were very much on England players’ minds as hopes for a victory faded during that Six Nations opener against France. Thanks to some fancy footwork from Jonny May in the second half, England had crept up on France, taking the scoreline to 24-14 by the 65th minute. But as time ticked on and no further England tries were forthcoming, their best hope was the consolation prize of a bonus point.

In order to get one, they needed to narrow the gap in points, and Owen Farrell did just that in the very last moments of the match when England were awarded a penalty. He opted to kick for a goal, knowing it was their last, best chance to salvage anything from the game. It worked, and England were awarded 3 more points, making the final score 24-17. That meant the bonus point for losing by 7 points or less was theirs – a point that could prove crucial depending on how things turn out later in the tournament, especially that as of writing all rugby has been suspended until mid-April, and with one round of games to go England and France sit atop of the table at 13 points apiece with one bonus point each.

To see just how decisive bonus points can be, just check out how English Premiership team Exeter Chiefs have been faring in the Premiership. At the time of writing, they’re sitting proudly right at the top of the table, with 45 points. However, Sale are nipping at their heels with 40 points. Much of the margin in Exeter’s favour is down to their bonus points (9), without which there would only be a couple of points between the rivals.

It’s also interesting to see how bonus points came into play for Exeter during the Champions Cup. They’re currently all set for a quarter-final tie against Northampton Saints in April (though this date is now doubtful), having come top of Pool 2 after a thumping win against La Rochelle. That victory, as well as bringing them the usual points for winning, also added to their hoard of bonus points, which totalled 5 for the whole of the group stage, putting them at the top by some distance.

It just goes to show that in rugby, as with most aspects of life, bonuses are always a nice perk. Take the no-claims bonus when applying for car insurance, or a bonus from your employer you might arrive in your paycheck at the end of the year, or even a gambling bonus - every online casino seems to offer some kind of bonus these days.

With rugby, the system is especially kind as you can bag a bonus even while losing a game, just like England did in the opener. Now the question is whether they’ll actually claw back enough ground and end up on top at the end of the tournament (here’s to hoping both the Six Nations and Premiership are completed in the future), and whether those precious bonus points will help them get there.