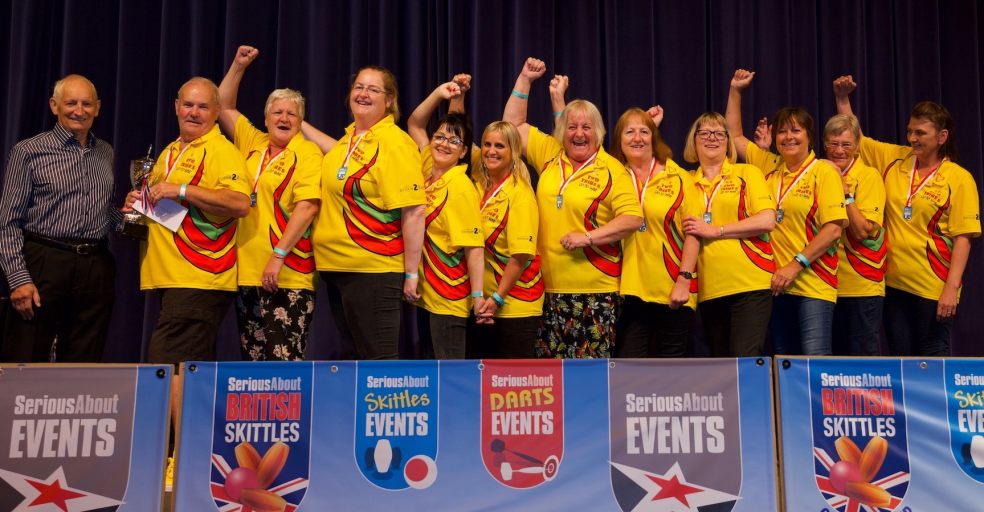 A ladies' skittles team from Exeter narrowly missed top honours at the weekend when they were runners up in the British Skittles Championships.  Two Tribes from Exeter found themselves in the finals for the first time, facing previous champions the Dolly Mixers from Totnes.

The Dolly Mixers finally triumphed by just ten pins over Two Tribes in a rollercoaster final as each team took it in turns to take the lead.  Final score was 338 – 328.

Two Tribes captain Barry Powell said his team played superbly and attributed much of their success to the superb facilities and support they received from their home alley at St Thomas Social Club in Exeter.  The team travelled to Torquay for the finals in a huge army of 38 players and supporters.

Devon had 17 teams qualifying for the weekend finals, the largest contingent the county has ever mustered.  The competition began in April with a series of regional group rounds reducing the 150 entrants to 64 finalists, who competed in the men’s, ladies’ and mixed categories.  The competition which began in 2004, is staged annually in Torquay by the Serious About Events company.

Meanwhile, in the Singles and Pairs competition, there was more success for Exeter skittlers.  Becky Beddoes and Darren Thomas of Two Tribes in Exeter won the mixed pairs competition,   In the ladies singles, Julie Pengelly, also from Two Tribes, took the runner-up prize.

Pictured above, Two Tribes receive their runners-up medals and trophy from  Brian Pengelly, co-director of Serious About Events of Torquay who stage the annual championships at Torquay's Riviera Centre.