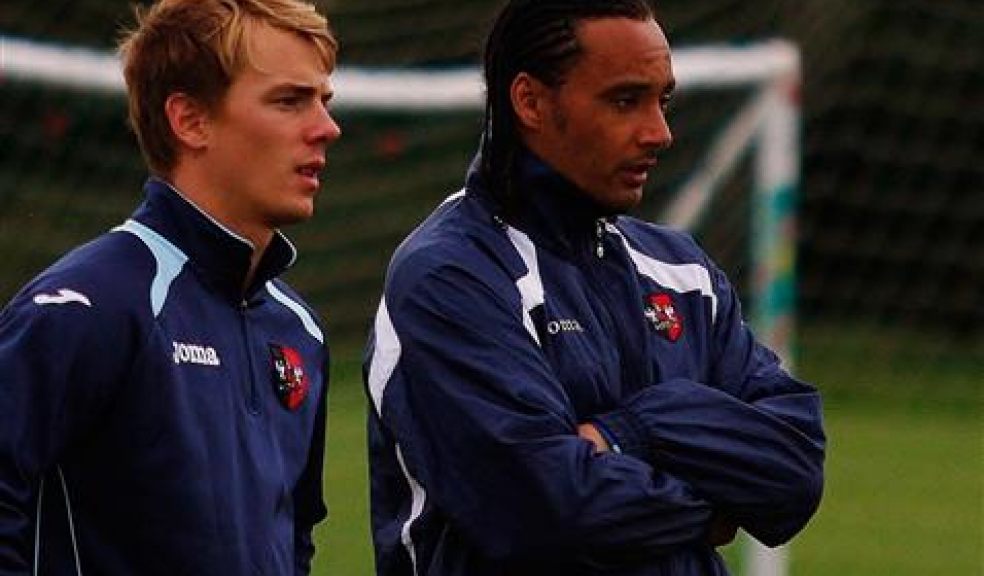 If there’s a few people there watching, they get to see the next crop that might be coming through the Academy to be playing for the first team."
Lee Skyrme

The Grecians’ new under-18 coach Lee Skyrme is hoping for a healthy turnout of City supporters for Tuesday evening’s prestigious friendly against Manchester City at St James Park.

As well as giving the players some necessary experience of playing in front of a larger crowd than a normal Youth Alliance fixture, it also offers fans a chance to see some of the uncut diamonds from Exeter and Man City in an exciting fixture.

Skyrme said: “If there’s a few people there watching, they get to see the next crop that might be coming through the Academy to be playing for the first team.

“I’m not going to throw any names out there, but we’ve certainly got a few players in that squad that will be knocking on the door in next few years, if not this year.

“It we would good for the players to play in front of a crowd – it brings a different dimension to the game for them.  It would be great to have a few hundred people and create an atmosphere, which would give a bit of a buzz – and maybe we will learn something about the players and how they handle situation.”

Skyrme is grateful to the Citizens for taking up the fixture as it offers the City starlets the chance to show their mettle against top-quality opposition – as well as gaining experience of playing at SJP.

“When I arrived, one of the conversations I had with Simon Hayward was about trying to test our players against the top sides in the Premier League,” he continued.  “So we’ve tried to arrange a few of these games over the course of the season.

“Hopefully we’ll get two or three where the boys get to play against a good side like Man City, and play at St James Park as well – I felt that it is really important that they get used to playing in the stadium where hopefully they will play regularly someday.

“It’s a different challenge to what they face every week – they will face technically better players, and more than likely players that will be very good athletes as well and from different parts of the world as well.

“It’ll be a very good test – we will certainly be going in with the right attitude and not treating it as a friendly.”

He also indicated that Matt Jay’s impressive display in his senior debut against Wycombe Wanderers was of little shock to him, having seen the forward in action during the past few months.