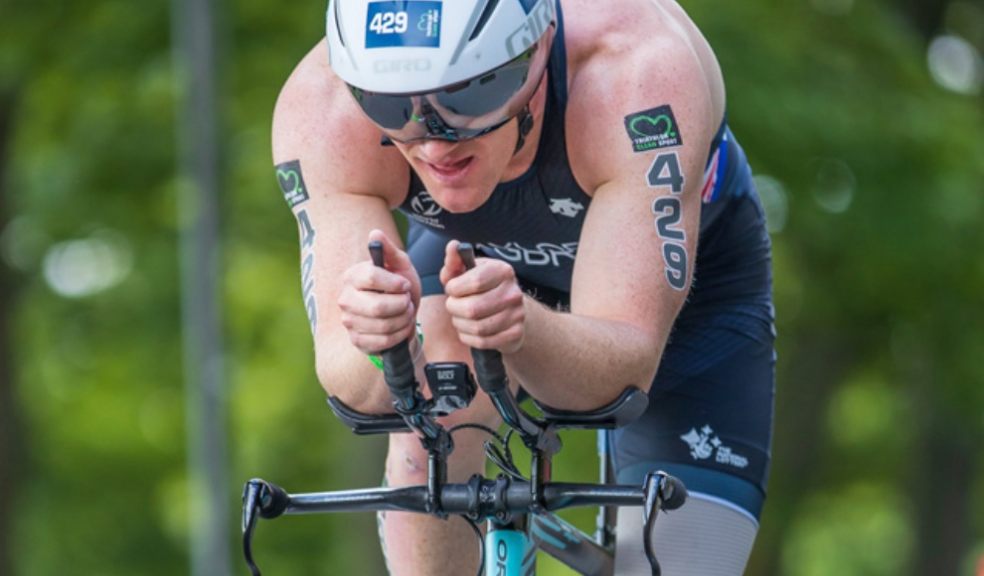 Michael Taylor from Barnstaple and who studies and trains in Bristol, is set to pull on the British trisuit and compete at the World Triathlon Para Championships in Abu Dhabi on Friday 5 November.

Taylor, who races in the PTS4 classification, will take on the world’s best on Friday at Yas Island, Abu Dhabi. The event is based around the Yas Marina, with the route taking athletes around the marina circuit.

Having competed at the Paralympic Games in Tokyo earlier this year, Taylor will be looking to build on that experience in what will be his first world championship race.

“I’m pretty excited, it’s pretty cool coming out here to race on the F1 track and nice to be back at a big event. It’s my first world championships and it’s exciting to be able to race against everyone.

“Tokyo was really good, but it was a limited field, whereas here, everyone’s here and it’s a big field again.”

Following a 750m swim in the marina, competitors will complete a 20km bike leg made up of four laps on the circuit’s track before ending with a 5km run.

All the world championship action will take place on Friday morning, with the first classification starting at 08:00 local time (GMT+4) and classifications setting off separately throughout the morning.

When asked about his training, Taylor said: “It’s been going really well. After Tokyo I was back in Bristol doing some more chilled training initially and then slowly building back up into it. It’s been nice doing my own thing and I’m feeling fit and strong again.”

Following its postponement last year due to Covid-19, this is the first Paratriathlon World Championships since the 2019 edition in Lausanne, Switzerland. In 2019, the British team won seven medals including three golds, with Claire Cashmore, Hannah Moore and Fran Brown being crowned world champions.

Paratriathlon Head Coach, Jonathon Riall, said ahead of the World Championships: “With the uncertainties caused by Covid-19, it’s great that we’ve got a world championships taking place to give the athletes the opportunity to compete on the international stage once again.

“Taking place at the end of the year and after the Paralympic Games, there are a few athletes who haven’t travelled with us, however, it has meant that some of our younger athletes have been able to have the opportunity to race at the highest level and be part of a travelling group with some more experienced members who’ll be looking to end the year on a high.”