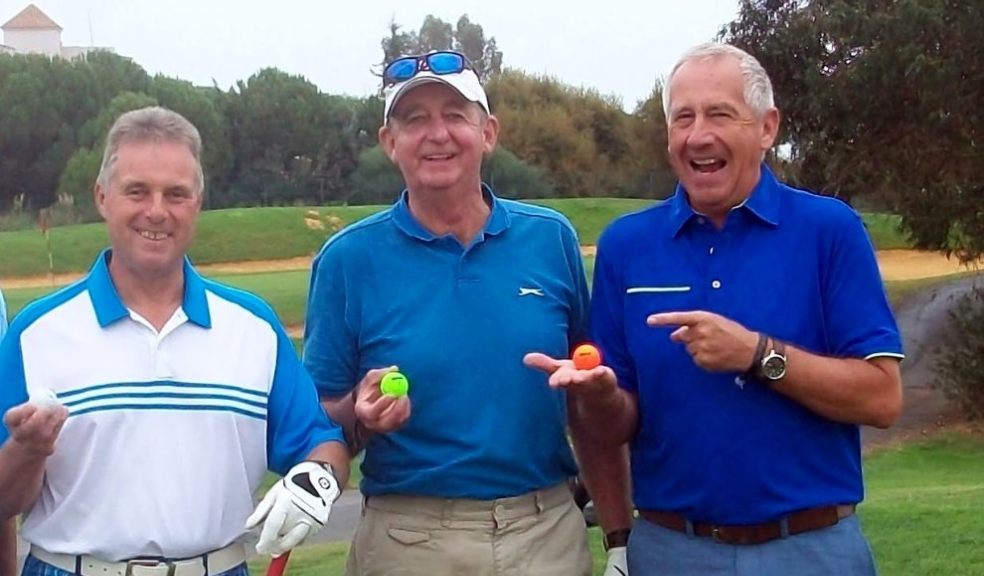 This year’s Senior’s Open Bowmaker competition had sufficient entrants to allow the allocation of two prize funds: one for home teams and another for visitors.

The best score of the day was recorded by Rich Stevens, Andrew Vickery, and Chris Hazelwood of The Warren Golf Club, which is located on the Dawlish Warren National Nature Reserve. Their score of eighty-three stableford points saw them tied with the Moors Valley Golf Club trio of Alan Newman, Gary Rogers, and Graham Cherrett who ended up in second place by virtue of a countback.

Played over Yeovil’s eighteen-hole parkland Old Course the visiting winners were faced with a different challenge to that posed by their home course which is the only true links course in Devon. Yeovil’s mature trees obviously caused no unsurmountable problems to the Dawlish golfers who according to Rich Stevens had not played the course before. He did however say “We thoroughly enjoyed the experience and found the course in fantastic condition; playing fair but challenging.”

Mark Barber, John Docherty and Andrew Sinclair formed the winning home-based team and their score of eighty-two points was the third best score of the day. They were a clear five points ahead of the second placed Yeovil team comprised of Colin Leach, Martin Middleditch and Barry Forrester.

A total of one hundred and thirty-eight golfers competed in this three-person team event from as far away as Essex and included four teams from Beaconsfield who had included this event in their tour of Southwest Clubs. Prizes went down to sixth place for the visiting teams and fifth place for the home teams, and there were also prizes for being nearest the pin on the par three 10th, 13th, and 15th holes. Notably the one on the 13th hole was won by Tony Walden from Farrington Park Golf Club who scored his first ever hole-in-one after thirty years of playing golf.

The nearest the pin prizes were sponsored by West Country VW Camperhire and one for being nearest the pin in two shots on the par four 18th hole by FJ Chalke Ltd. The latter was won by Yeovil’s Jim Paterson.

Finally, Club Captain Keith Funnell was delighted that the event raised over £1000 for The Alzheimer’s Society, which is this year’s Captains’ charity.