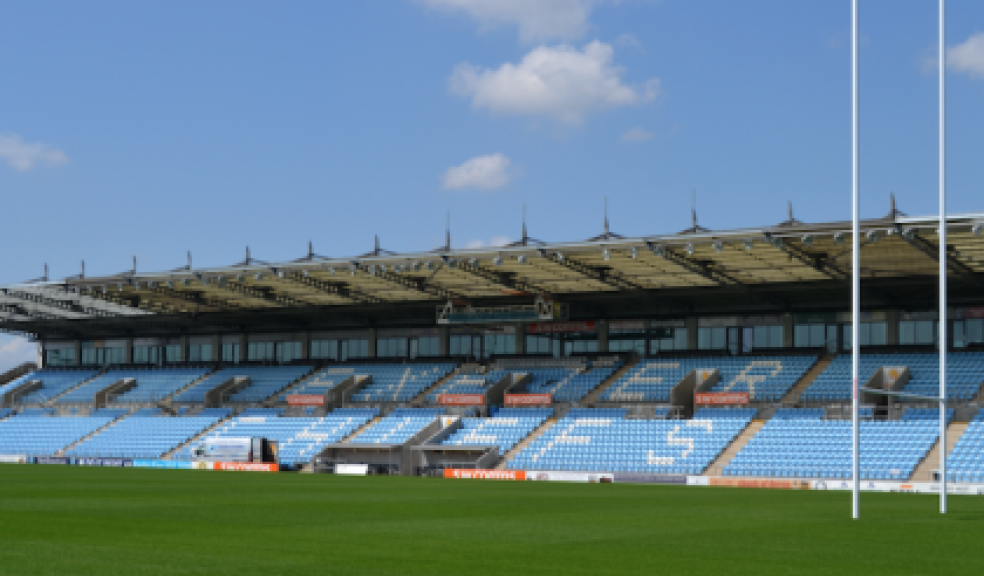 Stuart Hogg says he’s “excited” at the challenge that lies ahead after he today sealed a move to Gallagher Premiership outfit Exeter Chiefs.

The 26-year-old will head to Sandy Park at the start of next season on a two-year deal, bringing to a close a hugely successful spell with Glasgow Warriors.

The Scotland and British Lions full-back is Rob Baxter’s first confirmed signing ahead of the 2019/20 season, but his arrival will be seen as significant one for the Devonians, who have established themselves as one of the leading clubs not just in England, but in Europe as well in recent years.

“I’m very excited about the move, it’s a great opportunity for myself and my family,” said Hogg. “Like a lot of people I’ve seen how the Chiefs have risen over the last few years and I am a big fan of the way they play their rugby.

“Obviously, it’s a new challenge for me, but it’s also one that I am very much looking forward to. I’ve spoken to a few people about the club, the people and the area, and all I’ve heard is lots of positives.”

Hogg, who won his 63rd cap in Scotland’s 54-17 win over Fiji at the weekend, has made over 100 appearance for the Warriors since making his breakthrough as a teenager in 2011.

He added: “This is a decision that’s taken a great deal of thought as I’ve loved my nine seasons at Glasgow Warriors. I said I would decide my next step for family and rugby reasons and feel now is the right time to gain new rugby experiences and push myself in different situations where I will be challenged and hopefully improve further.

“I’m proud of what I have achieved with Glasgow and Scotland so far and would like to thank the club and Scottish Rugby for all their support. They have supported me when I had made my decision to move on.”

The challenge, however, of tackling the Premiership is one that clearly appeals to Hogg and having sat down and spoken with Chiefs’ Director of Rugby Baxter and Head Coach Ali Hepher, he is clearly relishing the challenge.

“Sitting down with both Rob and Ali, I like what they had to say, not just about the club, but how they wanted to play, and how they saw things moving forward,” continued Hogg, who has previously been on two Lions tours, won the then Pro12 title in 2015 and been named Six Nations player of the tournament twice in succession.

“You can see the club are hugely ambitious and want to win things and I’m very much the same. As I said, I’m looking forward to being part of the Chiefs moving forward and teaming up with some very good players down there.”

Before Hogg moves to Sandy Park, though, he insists he is aiming to finish his time with the Warriors on a high note.

“We are still less than halfway through my final season at the Warriors and, as current Conference A leaders in the Guinness Pro14 and second in our Heineken Champions Cup pool, there’s a chance to do something special. That’s the send-off I want to give the club and the fans.”