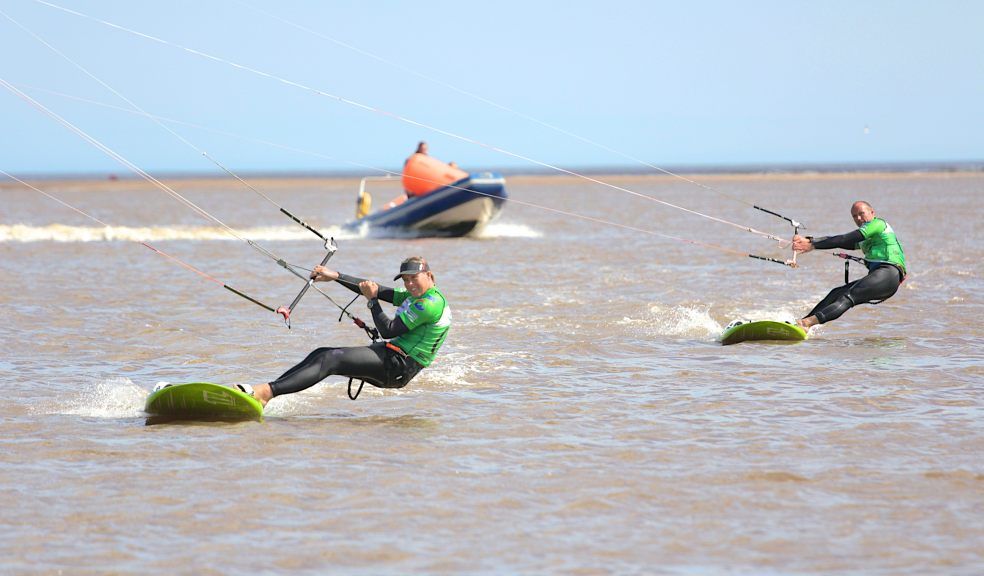 Exmouth: The organisers of the Edge Race Cup, a high-profile kitesurfing competition held annually in Exmouth, believe the event could add a positive boost to hopes of the sport being included in the 2020 Olympic Games in Tokyo.

The Edge Race Cup, now in its 7th year, will be run from Exmouth beach on the 11th and 12th of June. The event has grown into Exmouth’s biggest sporting event of the year and has made the seaside resort a mecca for kitesurfers from around the world.

Steph Bridge, owner of Edge Watersports and five times Kite Race World Champion, believes the success of the June event could influence the International Sailing Federation’s (ISAF) decision on the approval of kitesurfing as a new Olympic sailing event.

Steph said: “Last year it was confirmed that kitesurfing would be included in the sailing events in the 2018 Youth Olympic Games. Now we are waiting to hear if the bid to take kitesurfing to the Tokyo games will be successful.“

Steph also believes that the entrants in this year’s Edge Race Cup have the potential to impress the sailing community, and put themselves in the running for the 2020 Olympics.

“Each year the competition has grown organically with the support of local businesses and our niche expertise. We have seen the event rise up the sporting calendar, with entrants travelling from across the globe to compete with the best kitesurfers in the world and battle to win the prestigious trophy.”

A new lead sponsor for the Edge Race Cup has also been announced. Steph explained: “We welcome Exeter City Futures as our main event sponsor. The organisation strikes a real chord with us, with its plans to bring Exeter city and the surrounding area into the future with the use of sustainable power as well as new transport solutions.”

Matthew Skilton, Head of communications for Exeter City Futures told us: “We’re proud to support the Edge Race Cup, it’s a local event, run by a dedicated group of local people who are passionate about their sport and their community. Steph and her team have created something very special, that each year goes from strength to strength and adds to Exmouth’s richly deserved reputation as a mecca for watersports. It’s a thrilling spectacle and a rare opportunity to see world class athletes competing at the top of their game. We hope it will inspire people to get active and to get involved in this exciting sport.”

Innovation will also make an appearance on the water this year, with the main competitive races being run on hydrofoil kiteboards. These are the latest form of high-speed high performance boards, that seem to defy gravity as they rise up out of the water, lifted by their hidden hydrofoils. The technology allows competitors to race in the lightest of winds, providing stunning entertainment regardless of the weather conditions. It’s a system used to spectacular effect on the latest America’s Cup ships, and promises to bring a new dimension to this year’s Edge Cup event.

To ensure that the event is as inclusive as possible, there will also be three additional race fleets aimed at the everyday kitesurfer.

For details of the weekend’s activities and for information about how to compete in the Edge Race Cup, visit the Edge Watersports website – www.edgewatersports.com or call 01395 222551.