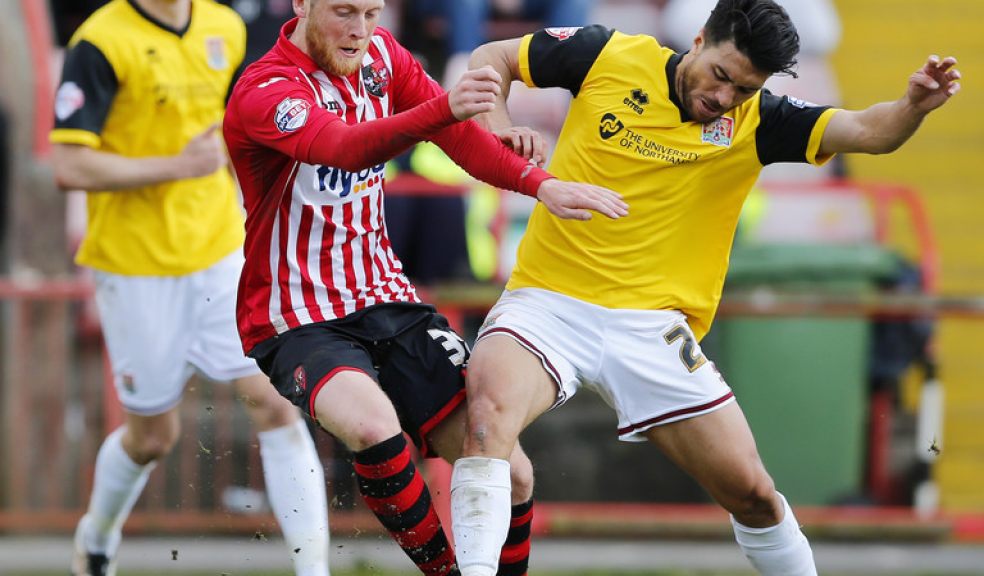 Though without a goal the match was not without its drama as City’s opponents needed results to go their way to be crowned champions.

With City’s eyes focused on the play-offs, Chris Wilder’s side proved a tough test for the Grecians, who did have the better of the chances in the match.

Good opportunities fell to Jayden Stockley and Jake Taylor, with the former crashing a header against the post in the second half, and Taylor failed to convert the rebound shooting just wide.

In a goalless, yet exciting first half, both sides showed attacking threat at St James Park.

With the game end-to-end, Town who have already won promotion to Sky Bet League One, had an excellent chance to take the lead on the 20 minute mark, as Ricky Holmes’ cross was headed well by Zander Diamond, but City keeper Bobby Olejnik managed to tip the low effort around his right hand post.

City could also count themselves unlucky not to be a goal up with their best chance falling to Jayden Stockley, whose header was tipped over by Town keeper Adam Smith. The on loan striker felt he should have been awarded two penalties after going down in the area but referee Oliver Langford waved away the strikers appeals.

With the home crowd behind them City ended the half the better team looking to use Stockley’s physical presence and the pace of Watkins and Alex Nicholls to test the Northampton defence, particularly on the counter attack.

City continued where they left off after the restart as a good cross from Jamie McAllister found Stockley whose header crashed against the right hand post, but Jake Taylors follow up shot could only find the side netting.

Taylor, who had multiple chances to get on the scoresheet, then had a header crash against the crossbar after wonderful footwork from Watkins to set up the chance.

Despite late chances for both sides City were unable to find a goal though will take encouragement after a strong performance against the newly crowned Sky Bet League Two Champions.