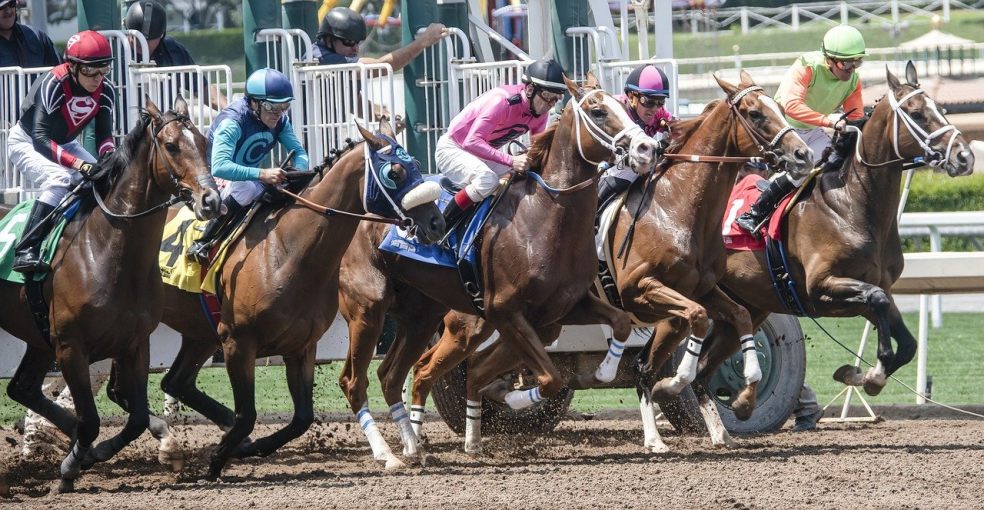 Horse racing remains as exciting as ever and has some big events lined up this year. Even though the events might be televised just now, fans can expect a feast of horse racing and the drama that unfolds on the racecourses will be as intense as ever. Below is a look at some of the biggest events that fans can get ready for this year.

The Cheltenham Festival gets underway on 16 March and comes to its conclusion on the 21 March. That’s four fabulous days of racing and is especially notable because of its focus on jump racing. On average, approximately 67,000 people attend the event over the four days.

Jockeys and their horses contest the Cheltenham Gold Steeplechase over 3 miles and 2.5 furlongs, and the horses must clear 22 fences during the race. The race first came about in 1924. This is perhaps the result of a movement that had started way back in the 1850s and had set out to set a true steeplechase, which would be tough and cross country.

Punters stake a lot of money during the festival. In the run-up to the 2019 festival, experts had predicted £500 million would be wagered on festival races. If you’re looking to lay some money on a big race at the festival, click here for some of the best tips.

The Grand National, which riders contest at Aintree, in Liverpool, is possibly the most famous annual horse race in not just the UK, but also the world. This year, the race will take place on 10 April, so you have plenty of time to study the form in between.

The course is 4 miles and 2.5 furlongs, the longest distance in jump racing, and the horses will jump 14 of the 16 fences on the course twice. The fences themselves date back to as far as 1829 and the highest one is ‘The Chair’, which has a ditch to jump before it and stands at 5’2”. Forty jockeys usually ride the race. All of them will likely be relieved they only have to face it once during the race.

One horse that certainly never worried about the Grand National or its fences was Red ‘Rummy’ Rum. This legendary horse — which horse racing fans and others have referred to as the ‘People’s horse’ — won the Grand National three times and came second in its other two appearances. It simply loved the Aintree track and served riders, amongst them the famous Lester Piggot, well.

Rummy came a long way. Originally, it started its life in the sport as a two-year-old racing on flat, five-furlong courses before moving up to jumping fences.

The Epsom Derby boasts the greatest flat race in the world. Derby Day will take place on 5 June this year at the Epsom Downs racecourse, in Surrey, and it’s an event where riders can truly make their name in horse racing — even the Queen attends to witness the drama that unfolds at the event.

The Derby Stakes is incredibly old and dates back to 1780. It was run over a mile, before being increased to 1.5 miles in 1784.

The Derby is one event where the horse enjoys just as much its share of the limelight. Some would say that the 1965 Derby winner, Sea-Bird, was the best the 20th century had ever seen. In the final few furlongs, Sea-Bird challenged for the lead and pulled away from the rest of the field with an ease and authority bordering on contemptuous. Suddenly, the other rides seemed no longer in the race. The horse had run an exceptional race.

The Epsom Derby is also home to another classic horse race, the Oaks Stakes, which was first run over 1779 and was run over 1.5 miles.

Royal Ascot, which takes place at the Ascot racecourse in London, is the biggest event in the racing calendar. This year, it will take place on 15 to 21 June and features big races such as the Diamond Jubilees Stakes, the Queen Anne Stakes and the Gold Cup.

Much to the delight of the organisers, the Queen, who is a visitor of the event herself, has permitted them to increase the number of races per day to seven. The Copper Horse Stakes, the Palace of Holyrood Stakes and the Golden Gates Stakes, which were added to the programme last year, have been retained. Royal Ascot also sees the return of the Buckingham Palace Stakes.

There may have been some upheaval, but these are just hurdles that are to be cleared like the fences on the courses. The racing world marches on and the organisers will continue to put on events this year so fans can keep cheering on their horses and, hopefully, making a little money from the outcome.