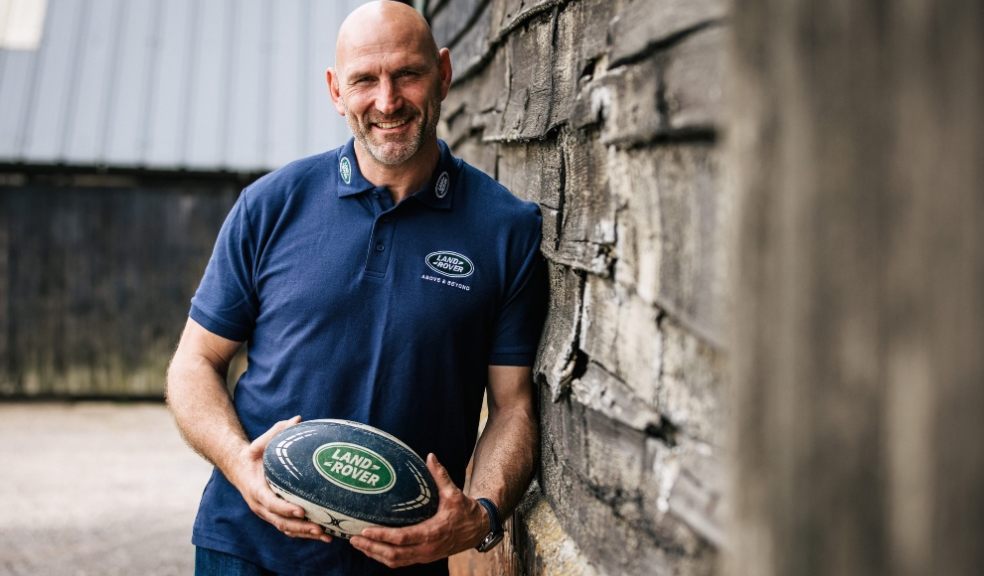 SAM SIMMONDS is hot on the heels of Taulupe Faletau in pursuit of The British & Irish Lions’ No.8 jersey.

And the record-breaking Exeter Chiefs ace has proved ‘beyond all reasonable doubt’ he’s worthy of a place on the South African plane.

That’s according to three-time Lion and 2003 World Cup winner Lawrence Dallaglio, who revelled in watching ‘clinical’ Simmonds rack up a thrilling 21 tries in domestic action this season.

Simmonds, 26, Faletau and Jack Conan are embroiled in a red-hot battle for the No.8 position ahead of the First Test against South Africa in Cape Town on July 24.

Dallaglio admits Faletau is in ‘pole position’ but says Simmonds’ unmissable exploits at Sandy Park have catapulted him into contention this summer.

Dallaglio, who starred on the victorious 1997 Lions Tour to the Springbok nation, said: “Sam’s had a pretty prolific season, and a record-breaking season in fact.
“It’s going to be fascinating to see how he’s able to up his game and play in a Lions way. Obviously at Exeter he’s prolific, but at Exeter they do build the game around him, whereas the Lions won’t necessarily do that to the same extent.

“For whatever reason, England have gone in a different direction with their selection but he’s proved, beyond any reasonable doubt, that he deserves a place on the aeroplane.

“Gatland has seen something in him that he believes will work for the Lions – he’s scored 21 tries, he’s scored more in one season than I did in my entire career for my club.

“I believe he thoroughly deserves his place in the squad – I’m not sure what more you need to do to prove yourself, really.

“The first opportunity goes to Toby Faletau and for all his experience of playing in a Lions jersey in the Test series in New Zealand, he’s probably in pole position.
“I’m really excited to see Sam Simmonds play – there are some great combinations there, but the No.8 jersey is very keenly contested.”

Simmonds’ international record since storming onto the scene is a peculiar one, with the Exeter star only making seven England appearances under Eddie Jones’ diligent auspices after his debut against Argentina in 2017.

Jones’ lingering reluctance to select the barnstorming back-rower has continued to baffle but Gatland, leading the Lions on his third consecutive Tour, gave him a shot by picking him in his 37-man squad set to descend on South Africa.

Simmonds came on off the bench – for Faletau – in the Lions’ narrow 17-13 defeat against a strong South Africa A on Wednesday and could be in with a cracking chance of starting against the Springboks next Saturday.

Dallaglio played down his alleged lack of international pedigree and says a strong performance this summer can reshape England’s setup ahead of the Autumn Internationals.

Dallaglio, who is helping to connect rugby fans across the country with the British & Irish Lions through Land Rover’s nationwide rugby themed treasure hunt, added: “He is an international player  – he’s not some sort of uncapped player and he’s got seven caps for England.
“I think he’s done that and the next challenge is for him to elevate his performance onto the international stage, which is where the Lions is.

“If he were to do that, that then obviously is going to cause Eddie Jones a few headaches when he selects his team for the Autumn Series.

“As good a players as we have in that position currently, I think England need to have a rethink in the back row and come in with some different options.
“I think the Lions may end up pointing them in the right direction with the like of Courtney Lawes at No.6, Sam Simmonds at No.8 and Tom Curry at No.7. It’s not a bad back row in any way.”

Join Land Rover on its Lions Adventure and be in with a chance to win exclusive prizes. Visit https://lionsadventure.com/ and follow @LandRoverRugby on Twitter