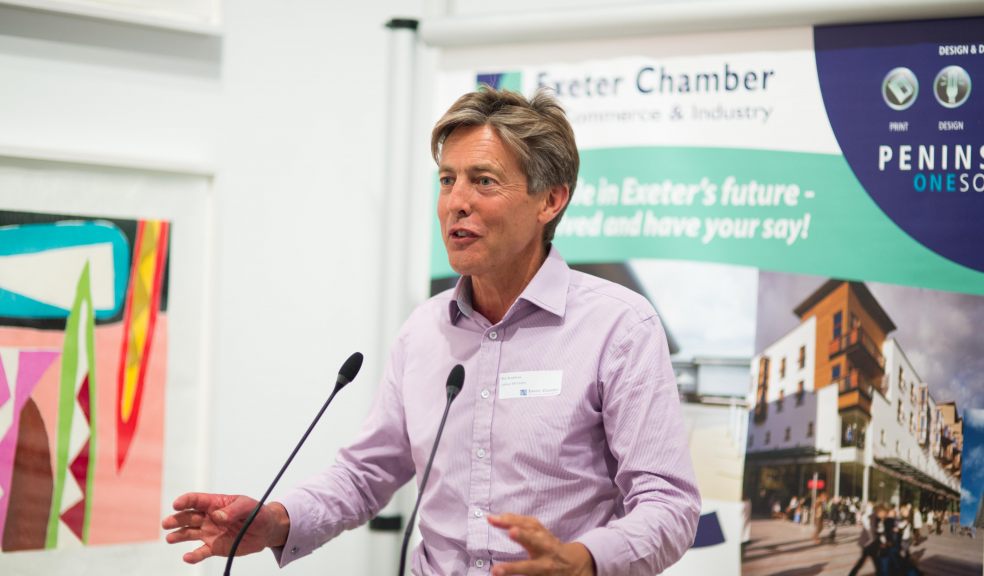 Exeter Chamber of Commerce welcomed guest speaker, local Labour MP Ben Bradshaw to its monthly Networking Lunch, which this month was held at The Royal Albert Memorial Museum (RAMM) on Tuesday 23 July with over 100 members and guests attending.

Ben updated members on his work for Exeter and Westminster and took questions from attendees.  Ben highlighted the increased resilience Exeter has shown during the last few years considering the economic climate and said he remains optimistic about Exeter’s sustainable growth with some big retailers like John Lewis and IKEA coming to the city.

Ben said: “Thank you Exeter Chamber for a great annual session at the beautiful RAMM museum and to your members for questions and contribution to the local economy.”

Derek Phillips, Vice President of Exeter Chamber of Commerce said: “It was great to welcome Ben for his annual Exeter Chamber Networking Lunch.  A number of issues were raised including the Exeter flood prevention schemes, the broadband roll-out for Marsh Barton and Sowton and business rates.”

The event was held within one of the galleries at the RAMM, which has recently won TripAdvisor’s Certificate of Excellence 2013 with its architects, Allies and Morrison (A&M) also winning three awards from the Royal Institute of British Architects (RIBA).

Richard Bearne, Chairman of RAMM's Development Trust said, "The Royal Albert Memorial Museum's Development Trust was delighted to support the Exeter Chamber of Commerce Networking Lunch. It enables the Trust to continue to develop relationships within the local business community as we are always grateful for any support we receive.”

The next Chamber Networking Lunch will be taking place on 21st August 2013 at The Rougemont Hotel by Thistle. This event will be for networking alone and there will be no guest speaker which will give attendees a great opportunity not only to meet new people but to catch up too.