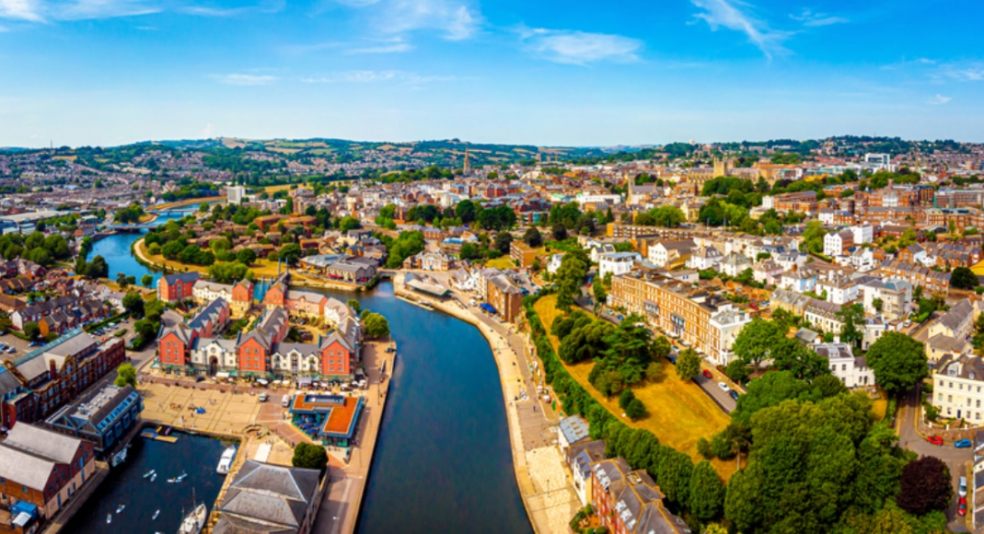 No fault divorce is not a development exclusive to the town of Exeter, moreover, it is a new law which has been brought into force across England and Wales. On the whole, the new laws have been a positive development in the legal world, helping divorcing couples navigate sometimes complex and varied cases. We look at the possibility of divorces rising in Exeter and the wider picture.

Although Blackpool currently reigns supreme as the town with the highest divorce rate in the UK with a 13% chance of divorce, the new laws hold the potential for rises across the country in the coming years. According to the Office of National Statistics there were 103, 592 divorces in England in Wales in 2020, representing a decrease based on figures from 2019.

Exeter is home to around 590,000 people who are an average age of 44 years old. Taking into account the fact that the average age of divorcing couples is from 40 – 49 years old, according to data from Statista, (age 46.4 for men and 43.9 for women ) then the potential for a rise of divorce rates in Exeter seems a statistical possibility.

Why is divorce easier post-April 2022?

It was April 2022 when the new Divorce, Dissolution and Separation Act 2020 came into effect. One of the key changes that the new Act has brought about is the ease at which couples can now divorce. This new accessibility to an easier divorce is one of the main reasons an upsurge is predicted countrywide.

The reasons why the new laws make it easier are:

The most significant change is that no reason for a divorce needs to be cited. Although this may seem like a negligible detail, it has a big impact. Previously, divorcing couples had to choose between five grounds for divorce, including unreasonable behaviour, desertion or adultery. Divorce could also be granted if married couples had been separated for two years, or five years if one of the spouses objected to the divorce. Therefore, if none of the three reasons were relevant and both parties wanted to end their divorce, they would have to wait for either two years or five years before they could make things official.

By citing reasons such as unreasonable behaviour or adultery, couples had no choice but to begin their divorce on an immediate adversarial note. Having to wait for a divorce also added to couples having to go through the often stressful legal process for a long period of time.

The new no fault rules

As of April 2022, it is no longer necessary to cite one of the five grounds and divorces can be granted stating ‘irretrievable breakdown’. In addition, joint applications can now be made instead of one party having to be the petitioner and the other being the respondent.

Although some have worried that the new law is tantamount to the proverbial ‘quickie divorce’ there is actually a minimum timeframe of 20 weeks from the start of a divorce application to the final agreement. This timeframe is referred to as a ‘period of reflection’ when couples can consider their decisions. There is then a further six weeks until it is finally granted. Also, unlike previous rules, it is no longer possible for a divorce to be contested.

Exeter’s average age of residents means it is arguably at higher risk for divorces, and the new laws could compound this further. Although these predictions may seem pessimistic, the benefits of lower costs, quicker timeframes and the increased opportunity of less emotional stress are likely to bring about an overall positive impact.