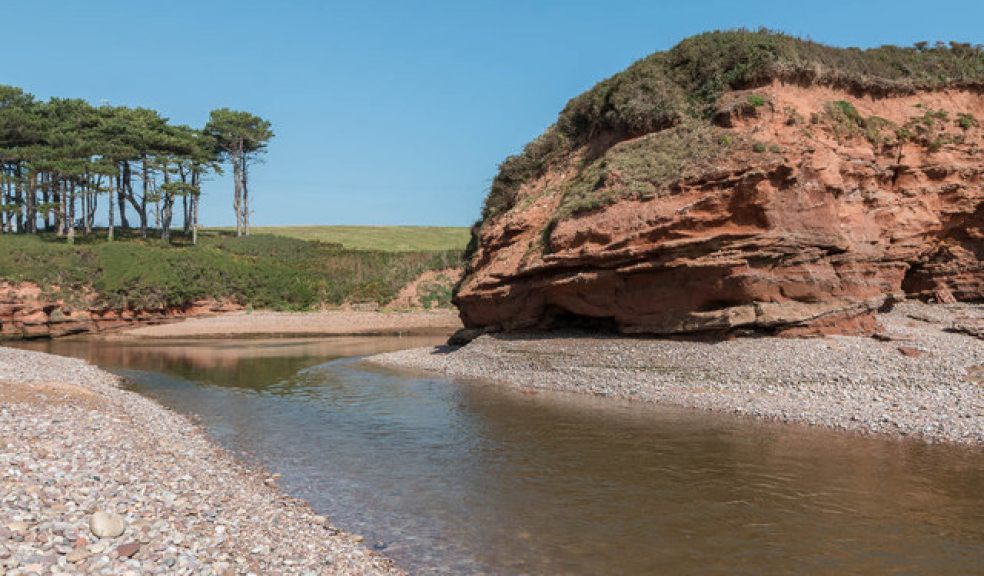 If all eight sites get better protection we'll all feel the benefit too, says Marine Conservation Society

Eight marine sites around Devon, from ones right on the coast to others miles offshore, could get a special protected status by 2019, but only if the public gets behind them now, says the UK's leading marine charity.

The Marine Conservation Society (MCS) says the third and final round of proposed Marine Conservation Zone designations, currently the subject of a public consultation, could result in 40% of English seas being protected. However, the charity says the process is a race against time with just a few weeks remaining for the public to voice their support for these sites.

The public consultation is only open until July 20th and MCS wants as many people as possible to support the proposals.

The importance of protecting our seas has been made clear in recent high-profile TV shows and news stories which have highlighted the poor state of health of our oceans. But while we can all reduce our reliance on plastic and feel like we're doing something to help, it's much harder to see how we can have any influence on damage being done to the seabed in locations we may never visit.

Dr Jean-Luc Solandt, MCS Principal Specialist, Marine Protected Areas, says the public consultation gives everyone in England the opportunity to make a difference, and there's clear evidence that people feel better when they're helping bring about a healthy, thriving sea.

"The public has less than a month to take part in a consultation that could mean more protection for English waters. While marine protection isn't as simple to understand as the damage plastic is doing to our oceans, it's equally as important. These sites are home to some of our most familiar and also threatened marine wildlife - from oysters to dolphins - and need your support".

"We are intrinsically linked to the oceans whether we live in Birmingham or Bodmin. If we throw away this last chance to protect more of the seas around England, we will be missing a momentous opportunity to at last help our seas recover from decades of damage."

"The public have been brilliant in turning the tide on plastic with millions giving up their addiction to single use items. Now we need them to get behind this final push to protect English seas."

Sue Ranger, MCS Conservation Engagement and Education Manager, has studied the connection between the sea and our wellbeing and says that, even though we live on an island, most of us have little idea about how much we all depend on it in our everyday lives.

"Our economy depends on the sea....most of the goods we buy and use every day were transported here on it. But research shows that visiting the coast brings calm into the chaotic lives that so many of us lead.

"The wildlife and habitats in these Marine Conservation Zones connect us to the ocean by playing an unseen role in our lives. If we look after it properly now, seagrass will go on stabilising the seabed and storing carbon; oyster beds will go on filtering the water and improving its quality; estuaries will continue to provide nursery grounds for fish. As people, many of us just need to know that wild places and wild things exist in order to feel that all is well with our own world."

Fifty Marine Conservation Zones already exist around the English coastline, having been designated in 2013 and 2016. 41 proposed Marine Conservation Zones in English waters were put forward for public consultation by the Government on June 8th. If the Government doesn't hear that there is strong public support they may not designate all of the sites.

The charity is calling on people in Devon to get behind the eight proposed sites around the county's coastline to ensure they become a reality.

The eight sites in Devon are:

Axe Estuary
A magnet for waders and wildfowl due to its sandbars, mudflats and marshlands as well as a nursery habitat for bass and a home to the critically endangered European eel. There are important foraging grounds for wading birds and wildfowl, providing sheltered refuge at high tide. Specialised salt and flood tolerant flowering plants help to stabilise sediments and prevent erosion while an abundance of marine worms, crustaceans and tiny snails live within the damp sediment surrounding the vegetation.

Dart Estuary
Upstream of Dartmouth, it's a complex network of saltmarshes, saline reedbeds and tidal mudflats - vital habitats for wading birds and wildfowl. Both UK species of seahorse – the short-snouted and spiny - have been recorded up to three miles upstream. You'll find the nationally scarce tentacled lagoon worm, and thousands of wading birds and wildfowl, here. The mix of habitats also provide excellent nursery habitat for fish such as bass. Designation would mean protection for the second largest area of intertidal mud habitat in England's network of marine protected areas.

Devon Avon estuary
Running past the beach village of Bantham, this estuary features sandbars, mudflats and saltmarsh. The habitats provide good foraging areas for many species of birds that feed on the rich invertebrate communities living in the mud - various species of worm, crustacean and shrimp can be found here. The rare tentacled lagoon worm has also been recorded and lives in the thick, deep mud of the estuary, within tubes made of mud.

East of Start Point
This new site will protect sub-tidal habitats. It’s home to many molluscs and other invertebrates that are food for sole and plaice. Mackerel, thornback ray and spotted ray breed, as well as sand eels, a vital food source for our threatened seabirds.

Erme Estuary
A sheltered estuary which has a mix of habitats including sandy seabed, bedrock and intertidal mud which is good for wading birds at this remote location. Sea trout and salmon use the river for spawning and the sands are used for bait and shellfish collection. Designation will protect this area from any future developments that may threaten its natural beauty.

Morte Platform
A small site, 5km off Baggy Point near Croyde. It ranges in depth from  35 to 40 metres with an unique range of rocky and sandy habitats rarely found elsewhere due to the sites high tidal flows. Flatfish, bass and sand eels use the site for foraging and nursery habitat, and these species feed local puffin and guillemot populations.

North-West of Lundy
Lundy Island boasts England's only official "No Take" Zone, a tiny area lying to the East of the island that was set up in 2003. Studies have shown that the size and number of lobsters occurring both within and next to the Zone have increased since fishing was prohibited. This new proposed MCZ has sand, gravel, pebble and shingle – hugely important for molluscs, worms, anemones and other invertebrates. Because of the success of Lundy's No Take Zone MCS believes North-West of Lundy should also be No Take.

Otter Estuary
This relatively small estuarine site lies within the East Devon Area of Outstanding Natural Beauty and includes mudflats, shingle bars and marshlands - providing good habitats for waders and wildlfowl and nursery habitat for number of fish species. It's one of the most extensive saltmarsh networks in Devon and is home to many species of specialised salt and flood-tolerant flowering plants, as well as an abundance of worms, crustaceans and tiny snails. The estuary is a favourite spot for local anglers who fish there for the shy and hard-to-catch grey mullet.

MCS is urging the public to show Michael Gove how much they care about our seas by sending a response to the Government asking them to make all 41 proposed MCZ sites into real Marine Conservation Zones, including the eight in Devon, at www.mcsuk.org/help-protect-english-seas

The consultation closes on July 20th.