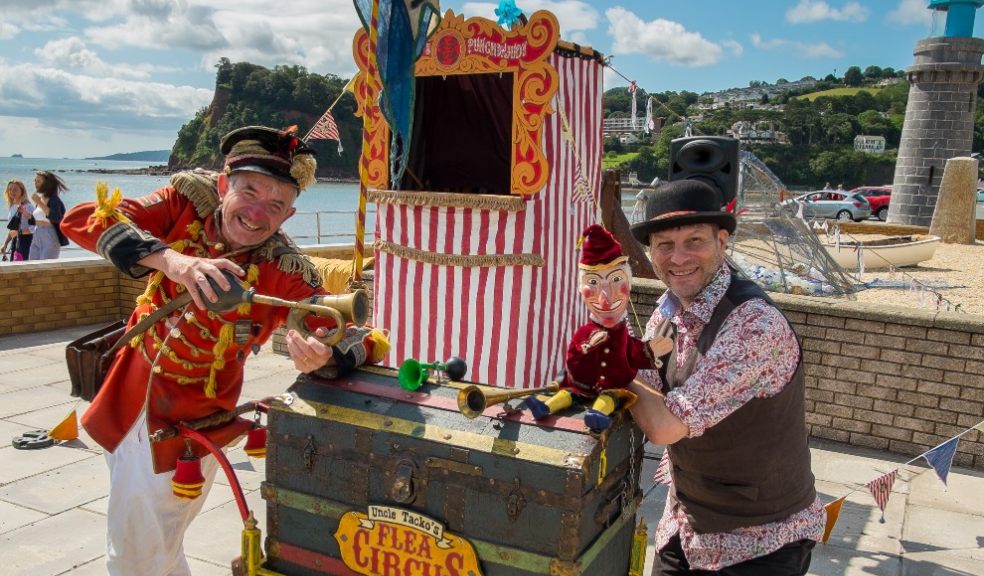 Traditional seaside entertainment enjoyed by families a century ago is set to return to Britain’s beaches as pierrot performers get ready to perform again following the lifting of the ban on outdoor theatre.

The socially-distant performances for small groups, sitting at an appropriate distance, will include Punch and Judy, a flea circus, music, comedy, circus skills and games such as “Codswallop” – splat-the-rat, but with fish - or hoop-la.

The new performances, twice a week this month and during the first week of September at Teignmouth and Exmouth in Devon, will be run by Dr Tony Lidington, a showman and performer for 40 years and drama lecturer at the University of Exeter.

Dr Lidington said: “I think it will be really positive for the wellbeing of residents, visitors and the economy of the area to be able to provide some performance again, and we are looking forward to hosting shows this summer, of course observing all guidance and keeping people safe.

“Sometimes we’ve performed to 500 people, but often it is three people and a dog and that is just as important. Theatres are closed, but we hope to bring some entertainment for people outdoors. This art form was designed to be enjoyed al-fresco.

“I think coronavirus will encourage people to think a lot about the importance of the space where art takes place. I don’t think theatres should be privileged, there are so many other ways to interact with the public. The more I’m involved in the arts the more I think the basic elements of entertainment –are more substantial, and possibly have more meaning.

“So many people enjoy the seaside, but wouldn’t think of going to the theatre, and it’s wonderful to think we can provide some elements of that experience, and joy for people of all ages.”

Dr Lidington has been awarded emergency Coronavirus funding from the Arts Council England to support the start of a new apprenticeship scheme for seaside performers, and a new archive showcasing the incredible history of the art form.

The money will help fund Dr Lidington’s creation of a digital archive of his former pierrot troupe ‘The Pierrotters’, which ran from 1983 to 2010. Images of performers, their costumes and their schedules and promotional materials will be photographed and then appear on a dedicated website.

The seaside pierrot troupe is an uniquely British performance form and an important part of the country’s popular cultural heritage. The origins of the pierrot character, alongside pantomime and Punch and Judy, come from the medieval Italian Comedy or Commedia d’ell Arte.

The first troupe in Britain was created by a banjo manufacturer based in London called Clifford Essex in 1891: his troupe performed that season at the Henley and Cowes Regattas. The life of a pierrot was tough. They had to be smart, charming and available at all times, perform up to five times a day in all weathers and couldn’t even meet girlfriends or loved ones in public. Troupes had names such as The Merry Japs, The Imps and The Moths that are similar to those of pop groups today.

Hundreds of pierrot troupes performed at seaside resorts, but World War Two and the fashion for a different type of holiday meant that few remained after 1945.

Many famous names of light entertainment started as seaside pierrots, including Arthur Askey, Stanley Holloway, Max Miller and Leslie Crowther. Their influence can be still be seen the popular comedy of today, including Monty Python’s Flying Circus, Peter Kay and The Fast Show and the form still influences today’s comedy and music.