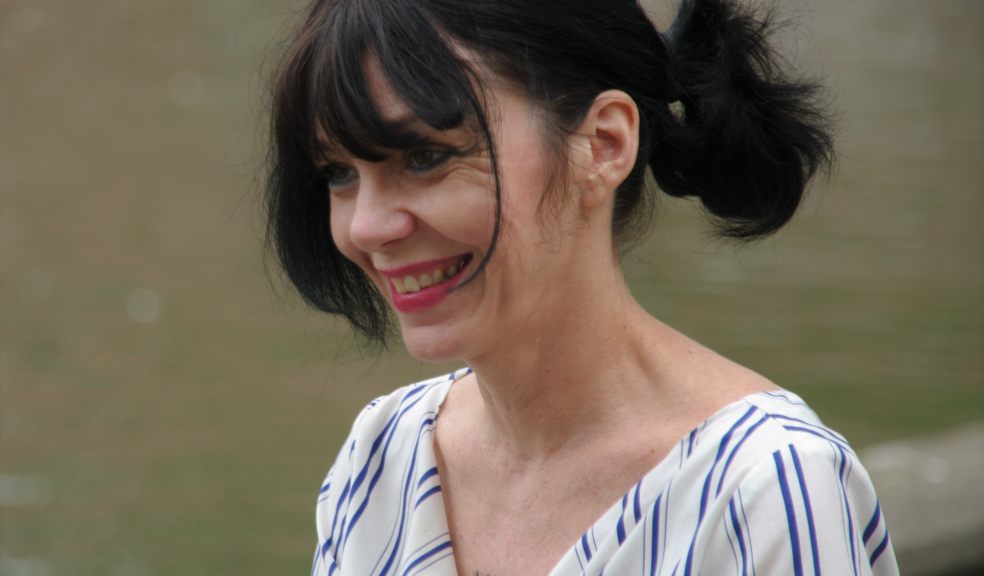 Gina is the founder of Exeter Dementia Action Alliance and, among her many achievements, has so far inspired 64 businesses to become Dementia Friendly.

On receiving her Brdtish Empire Medal (BEM) Gina said: “I am not one for resting on my laurels but am delighted to receive this honour and realise it is a tremendous accolade.

“For me it’s about making a difference for people with dementia and their families. I want people to feel included, understood and be treated with compassion to enable a life of meaning. Through education and awareness this will contribute toward that.

“I would like to thank my family, friends and supporters for everything over the past few years.”

Gina will be presented with her BEM by the Lord Lieutenant of Devon this autumn for her voluntary service to People with Dementia in Devon.

Gina’s inspiration for what would become EDAA came when she trained as a volunteer Dementia Friends Champion, the trail blazing Alzheimer’s society social action movement.

This happened in 2014, half way through her Open University degree, whilst she was studying a module on Dementia Care. It was at this point a journey for dementia she could never have contemplated would become the catalyst for her impact on the city of Exeter and beyond.

She explained: “Most people are surprised to hear my drive for dementia is not borne from being directly affected by it with a family member or friend.

“However my drive and commitment derives from childhood memories of visiting care homes with my grandmother who encouraged creative arts within them.

“At eight years old my sister and I visited care homes with her. What really struck me then as a child over 40 years ago was not the residents who were involved with the activities but those that weren’t. I felt a myriad of emotions that at the time I didn’t connect with. It wasn’t until a few years ago I realised the impact of the residents who weren’t engaged had on me.

“As a little girl I observed and identified with a sense of disconnectedness, fear and vulnerability from the residents. That sense of what I perceive as isolation and loneliness affected me on such a deep level it never left me.

“I now understand many of the residents were living with dementia and very little was understood all those years ago. This identification was ignited when I began to study my dementia module and something clicked in my unconscious. However at that point I still had no idea where this revelation would take me.”

Jeremy Hughes, Chief Executive of Alzheimer’s Society said: “This is a well-deserved honour and recognition of Gina’s tireless commitment to improving awareness and understanding of dementia.”

Since 2014 Gina has delivered 105 Dementia Friends sessions reaching 1,600 people in a wide range of businesses and organisations across the city and county and in 2016 she was awarded Dementia Champion of the Year in the national Dementia Friendly Alzheimer’s Society awards.

These results have not been met without barriers but through education  and understanding of dementia it has meant organisations have realised the challenges that people living with it face and felt inspired to help and make a difference.

Nicky Baker said she was delighted Gina had been recognised in the Queens Birthday Honours list. She said: “Having both parents with Alzheimer’s I am only too keenly aware of the lack of tolerance and understanding of the disease within the community.

“It has been through Gina’s dogged determination and unfailing commitment with spearheading EDAA that there has been a significant shift in attitude in Exeter and its environs within the business community, local organisations and indeed the public at large. This is as a result of Gina’s dedication. She will always have my unwavering support and deepest admiration.”

Another of Gina’s achievements has been to develop a Dementia Friendly GP resource guide which was distributed to all Practices across Devon in collaboration with Healthwatch Devon following her visit and delivery of Dementia Friends sessions to 16 of the 18 practices in Exeter.   The guide consists of small achievable actions such as double appointments where necessary, accessible public toilet signage and all staff to become Dementia Friends to raise their understanding.

Dementia friendly cinema screenings at Exeter Picturehouse were developed in 2016 collaboratively and are held every six weeks. Adaptions include screening in the appropriate screen, raised lighting, adjusted volume, film choices selected by people living with dementia, accessible toilet signage,  free tea and coffee and an interval half way through.

Gina has also organised the Virtual dementia tour in which people experience an eight-minute simulation of what it may feel like to live with moderate dementia and some of symptoms that may be experienced.

“As an alliance we are continuing to work hard to educate the public how we speak about dementia and the language we use,” Gina said.

“Language is powerful and can be debilitating and stigmatising if used negatively, therefore we are working hard to change this and empower people.”

Gina has been presenting a quarterly radio show on Phonic FM 106.8 FM since 2016 ‘Living Better with Dementia’ which provides a platform for people to share their working practice, as well as guests who are living daily with dementia. She graduated after six years with a BSc in Health & Social Care with Honours with the Open University in November 2017.

Cllr Olwen Foggin awarded Gina a commendation for her work in the city in 2016 during her term as Lord Mayor. She said: “I met Gina during the beginning of my term as Lord Mayor and felt inspired by her passion for dementia.

“What she had achieved at that point and has gone on to achieve is quite remarkable. What struck me was not just her commitment to the cause but her dedication to reach so many organisations and inspire such change. She is truly worthy of this honour and is an inspiration in the city.”

Green Tree Court Nursing and Dementia Home are one of the alliance members. Helen Rushton, Home Director said: “It's been an honour to work with Gina and the alliance over the last couple of years and to see how she has lead it from strength to strength to improve the lives of those living with dementia in the area. Thoroughly deserved. Well done Gina”.

Rachael Litherland from the Exeter-based national organisation, Innovations in Dementia said: “I am so pleased that Gina has been recognised for her wonderful work to make Exeter a better place for people with dementia to live. If you are connected to dementia in any way in Exeter, you know Gina – her enthusiasm, drive and commitment gets things done and the growth of the Exeter Dementia Action Alliance is a powerful testament of this.

Gina is continuing to make a difference in the city through her role as a Dementia Activist and Lead of the Exeter Dementia Action Alliance. One avenue that she feels is particularly important is to reach out to children. The intergenerational connection is vital and sessions that have been delivered at West Exe School have proved extremely successful and further work with schools is currently being explored.

She added:  “The work of the Exeter Dementia Action Alliance flourishes with city organisational support and we will continue to create partnerships and inspire action. Together as a community we can and will create transformational change.”

Pride of Devon awards - Volunteer of the Year 2015