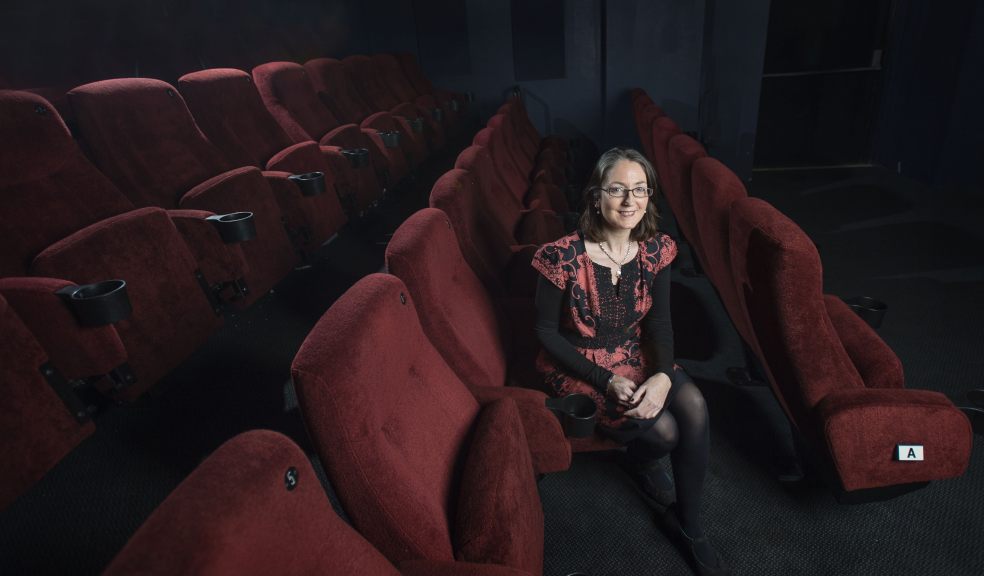 Great films and great debates are the basis of ‘Screen Talks’, linking University of Exeter academics and the public through a programme of talks and film screenings at Exeter Picturehouse.

The aim of these special screenings is to prompt audiences to see a chosen film in a new way. Each screening includes a brief introduction to the film, and time for an informal discussion with audiences afterwards in the Picturehouse bar. By introducing a film like Hitchcock’s ‘Psycho’ from an expert in Film Studies or exploring Dustin Hoffman’s character in ‘Rain Man’ from a Medical History perspective, the approach to the films selected create a starting point for an informal post-screening discussion of key ideas.

Following the recent success of the Screen Talks themed programme strands on adaptations ‘Beyond the Page’ and ‘European Classics’, ‘Screen Talks’ is launching a new strand ‘Sickness on the Screen’. Films that address mental and physical illness such as obesity, psychiatry or patients who suffer from autism, will be introduced by academics from a range of University departments including English, Sociology, Medical History, Film and Medicine.

Dr Victoria Bates, from the University of Exeter’s Centre for Medical History explained more about how ‘Sickness on the Screen’ deals with issues that affect everybody including health, sickness and wellbeing. She said: “Our introductory talks will look at modern day and historical medical issues, such as the award winning film ‘A Beautiful Mind’ starring Russell Crowe as a mathematical genius with mental health issues. Based on the true story of John Nash, the film depicts the process of paranoid schizophrenia.”

She added: “There are many differences between the ‘real’ story of Nash and the film. For example, in real life Nash apparently sought to self-regulate his illness and only took medication for a short period under duress. However, in the film when Nash appears to be more balanced and receives his Nobel prize in Economics, he states that he does take medication. It is interesting that in the context of 1990s America, there were concerns about the responsibility of the filmmaker and fears about promoting an anti-medication position, unlike in the 1970s when Nash chose to reject medication and when anti-psychiatry was rife.”

The ‘Screen Talks’ are scheduled on Monday evenings, starting at 6.30pm sharp in Exeter Picturehouse. The ‘Sickness on the Screen’ strand launches with ‘A Beautiful Mind’ on Monday 11 March  This will be followed by ‘Rain Man’ on 22 April. In-between, there will be a screenings of the Italian classic ‘Rocco and his Brothers’ led by expert in Italian Cinema Dr Danielle Hipkins on 28 March. Shakespeare’s Richard III gets recalled not from a car park in Leicester but on the screen with Sir Laurence Olivier leading the way on 8 April, this will be introduced by English Literature expert Dr Jen Barnes. Tickets to these events are half price for students.

‘Screen Talks’ is in partnership with Picturehouse Cinemas and was set up and is coordinated by Dr Helen Hanson, Senior Lecturer in Film from the Dept of English, University of Exeter. The project has recently been funded through an Arts Humanities Research Council (AHRC) Cultural Engagement Fellowship, awarded to Dr Bates from the University’s Centre for Medical History.  The AHRC Fellowship was created to support the valuable collaboration between universities and cultural organisations and provide early career researchers with opportunities to develop a wide range of skills, particularly in relation to supporting the wider impact of arts and humanities research.

Dr Hanson said: “Working in partnership with Exeter Picturehouse on the Screen Talks programme offers academics great opportunities to share research ideas with wider audiences in an informal setting.  Engaging and exchanging ideas through film and responding to an audience, enables new ways of seeing film, and fresh angles on research ideas.”