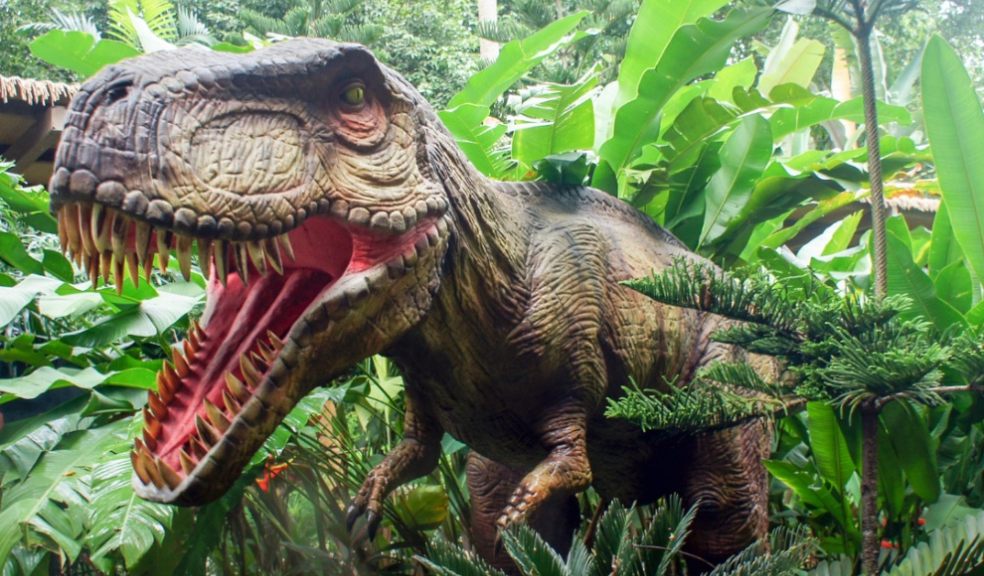 Coming to Exeter next month, Dinosaurs in the Park is an interactive experience that promises to be a hit with dino fans of all ages.

The immersive dinosaur-themed event will be held at various locations across the UK during the year, but is making its debut at Northernhay Gardens from Thursday 26th May until Sunday 12th June.

Created by the organisers of successful attractions like “Dinosaur Encounters” mini golf, the Bristol Christmas Markets, and pop-up Mojito Beach Bars, Dinosaurs in the Park is a whole day of fun for all the family.

Walk the trail to discover well-known favourites such as the Stegosaurus, Triceratops and Velociraptor, as well as the lesser-known Dilophosaurus, Kentrosaurus and Hyparosaurus. These dinosaurs (and many more!) will eventually take visitors to a huge, hungry T-Rex, poised and ready to attack!

Sven Schmidt, creator of Dinosaurs in the Park alongside business partner Elliot Freeman, says he was inspired to build the attraction because of the dinosaur craze of recent years – not to mention, the success of his dinosaur-themed mini golf.

He adds: “Over the years, we’ve built ourselves a sterling reputation as creators of engaging and immersive events for all ages. We’re confident that Dinosaurs in the Park will be just as popular, and we can’t wait to welcome families to this fun-filled attraction.”