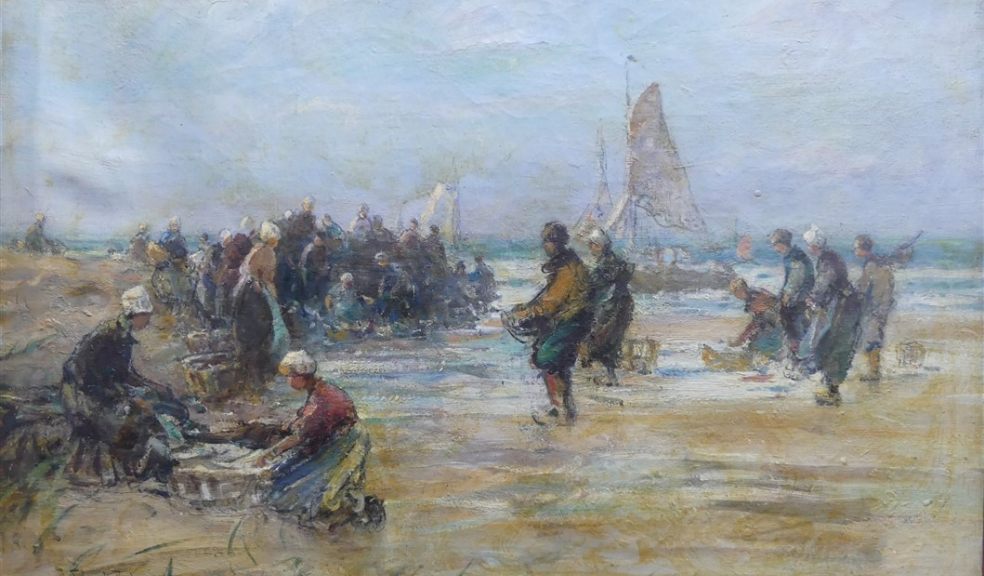 There's positive news from Chilcotts Auctioneers this week after a successful March sale.

Star performers were works of art by West Country impressionist painter F Stuart Richardson; the collection sold for over £10,000 (plus Buyer’s Premium). Some of the paintings are now going to new owners with a link to their subject matter. Liz Chilcott explained:

“We contacted the Katwijks Museum prior to the sale as several of the paintings depicted local scenes painted by Richardson during his European travels, including shrimpers and women foraging on the dunes.

“We were delighted when the museum successfully bid for three such pictures, which will now go on display for locals and visitors to enjoy.”

In addition, a painting titled Gathering Fuel - The Bluebell Woods, near Gatcombe, Long Ashton was bought by residents actually living in a cottage next to the woods, whilst other artwork was bought by descendants of the artist himself.

The vendor’s son was at auction to see the action, and the vendor herself rang up after the sale to let the Chilcotts team know how pleased she was with the outcome.

Traditionally the March auction is quite small with sales building up to a crescendo at the end of each year, however, this year the figure was 34% higher than usual.

“Overall, the sale was really buzzing – as was an evening event we held for local buyers in the week before,” added Liz.

The current situation with coronavirus is impacting on Chilcotts as with all businesses, with all auctions now postponed and the office and saleroom closed to visitors.